Home Incidents Amazing personal experience: I got lost in the forest for 9 days and it changed my life forever

In June 2021, Andrew Devers disappeared after going on a day trip through the national forest at Mount Baker Snoqualmie in Washington. He told the publication Backpackerhow it was and what supported it for 9 days. Further - from the first person. 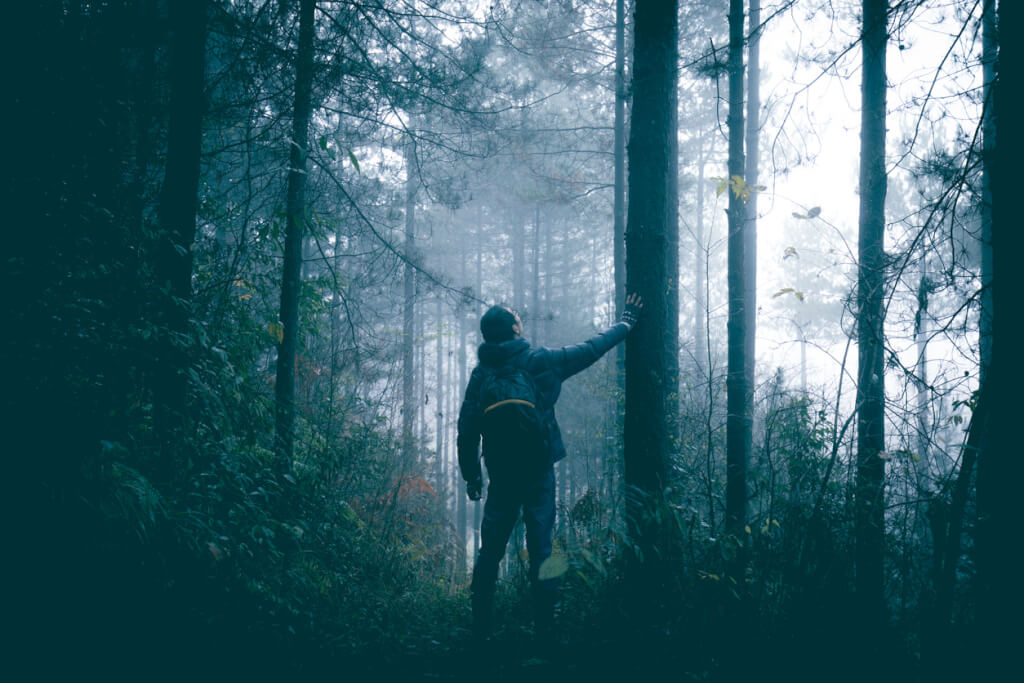 I couldn't help but appreciate the beauty of the place where I would probably die. The cuts on my knee became inflamed, and I didn’t have the strength to move, but I still didn’t want to leave: bushes of wild blackberries surrounded the mossy rock where I lay. The area had clear skies and could be seen approaching helicopters if someone cared enough about me to look.

Three days before, on June 18, 2021, I went on a day trip along the Pratt River Trail in Mount Baker Snoqualmie National Forest. I have never walked this trail, but I needed fresh views to clear my head.

Navigation was difficult, because I had a chance to drive through several landslides. I didn't see a sign warning that the trail ahead was not maintained by park workers. It's like when you're driving down the highway in deep thought and accidentally pass your exit.

After 90 minutes, the path became thorny - it was overgrown. I was only wearing a T-shirt and shorts, so I decided to turn around. However, when I did this, I found a completely different landscape - not at all like the one I walked on. Nothing looked the same and it was hard to know which direction to go. I climbed up the hill to find the road I had entered, but all I saw was an endless forest. I was all alone, hungry and cold.

I've seen enough survival videos to know that I should stay the night. Leaning against a tree, I tucked my arms and legs into my shirt, covering my face with my long hair as a makeshift mosquito net.

On the subject: Video of a forester who found a drunken bear gorged on hallucinogenic honey became a hit on the Internet

I fell asleep, angry at being in such a terrible situation. By the next morning, my horror and rage became more visceral. The morning sunlight filtered through the trees, and I realized again (more sharply this time) that no one would come to my aid. I didn't even tell anyone where I was going. My survival was completely in my hands. Fear took possession of me as I made my way through the thick bushes.

My rage reached its limit, I kicked a dead log, and a piece of wood pierced me right under the kneecap. Now I was not only angry, but also bleeding. It got worse: I was pushing through the bushes so aggressively that at one point a water bottle slipped out of the mesh compartment of my backpack. Morale plummeted and inner demons took over.

For most of my life, I've been hard on myself. I have Attention Deficit Hyperactivity Disorder (ADHD), so my brain produces less dopamine than it should.

Combine this with childhood trauma and lifelong depression and you have a person who struggles to think positively. I even put off proposing to my girlfriend for years because I can't imagine the love of my life marrying someone that even I don't like. For two more days I stumbled and slept, stumbled and slept.

I remember little of this time, except for the endless line of trees around which I got lost. For four days with no way out in sight, I felt compelled to come to terms with my 25 years on Earth.

Eventually my anger dissipated and my thoughts became spiritual. It could be exhaustion, record summer heat, hunger, or a desperate desire to survive. Out of nowhere, I heard the voice of my friend: "Here." To my right was a path of wild brambles that led up to a mossy rock. Coming to my senses in this oasis, I listened to the helicopters overhead, but the nearby river was so loud that I could not distinguish the churning water from the rescue operation from the air.

He even fainted several times. It was like a video game: I died and I had to be reborn. Each time I got up, the chances of survival seemed less and less likely, but I forced myself to continue.

If I had died at that moment, I would have been proud that I had come this far. I have forgiven the version of myself that got lost four days ago. I happened to spend two days there resting and eating berries to restore my strength. However, I did not give up: I laid out dark stones to give an SOS signal, and when a helicopter flew overhead, I threw sticks to attract the attention of the pilot.

As soon as my energy was restored, I went in search of a popular trail upstream. Soon I completely lost energy again: several times I fell again and lost consciousness.

At some point, I decided to pull out the notebook I had packed and started writing my wedding vows. I was going to get out of this forest and finally live the life I've been putting off for years.

Another voice appeared. I don't know where he came from, but his message was foreign to me: rest for tomorrow's salvation. The next day I noticed acorns lining the path. I saw them at the beginning of my campaign eight days ago when I got lost. Somehow I ended up back on the Pratt River trail.

I was relieved when I calculated that I was only a mile and a half (2 km) from my car. I was still very weak, and it was already getting dark, so I decided to spend the night and go hiking in the morning. As the sun rose, awoke to the voices of two approaching tourists; They saw me and offered to help. They went to find cell service and call search and rescue services.

After waiting half an hour, I decided that these rescuers were a figment of my imagination. Luckily, they turned out to be real. Eventually I heard people shouting my name. Nine days later, I was finally not alone, but I don't think I've ever really been.

It turns out that my friends have been trying to find my car all this time. As soon as I got to the hospital, my girlfriend greeted me with love. I had all these people who were worried about me, looking for me and saving me. They all cared. I was finally safe.