Amazing features of the American interior

Inna Usubyan, a practicing designer living in Washington, shared her impressions of the organization of interior and home life in the United States. Many things familiar to Americans lead people from other countries, at least, to amazement, Inna writes in the column for publication Houzz.

Each country has its own characteristics of life and living conditions, and, as is known, America is one of the most comfortable countries in the world. But even here there is a lot of what amazes foreigners. In Russia, these things seemed simple and familiar, absolutely affordable, and here they go into the category of the "unattainable": they require approvals, permits and are not always realizable.

Few places in America will you find chandeliers on the ceilings, as we are used to in Russian houses and apartments. In warm states, and not only, ceiling fans, which sometimes have fixtures, are popular. But the light from them is not enough to properly illuminate the room. Therefore, it is impossible to call them a full replacement for a chandelier.

Fact: American developers are saving on ceiling lights to reduce the cost of housing, to make it more affordable. If you want a chandelier for yourself - look for an electrician who (without destroying a half of a house) can do the wiring and connect it to a switch. Most often, the absence of overhead light is compensated by table lamps and floor lamps. It's funny that in some interior blogs this style of lighting is even called “American.”

The simplest smooth white ceiling to which we have become accustomed since childhood, in the USA, is sometimes an inaccessible luxury. In almost all apartments in large cities and in most private houses, the ceilings will be uneven. This is not a flaw, but a special plaster with noise absorbing properties. 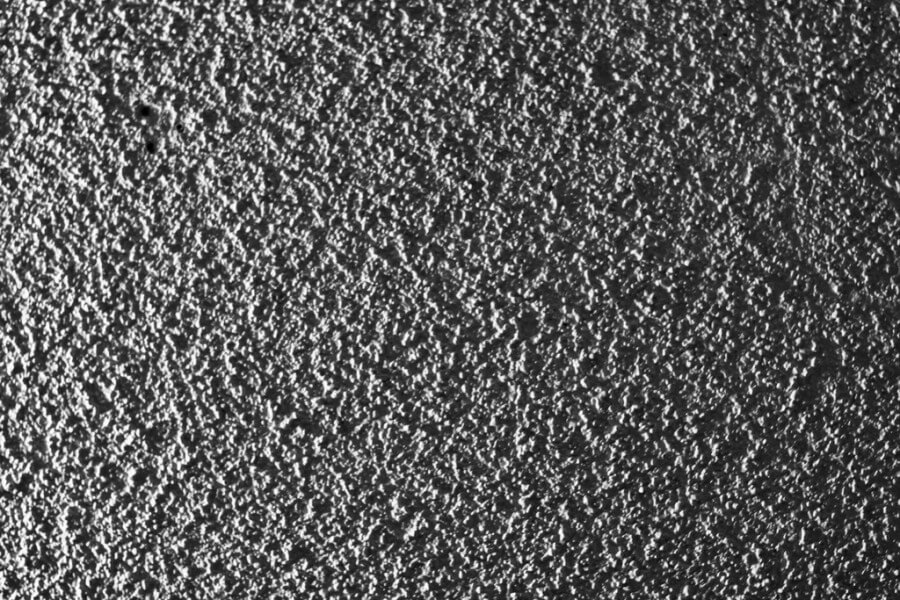 The main function of this type of ceiling is to reduce noise between floors. In addition, such a ceiling does not need to be aligned to the ideal (which, again, reduces the costs of the developer and the cost of housing). If you rent an apartment or house, then most likely you will have to put up with hilly ceilings - landlords do not allow to change anything in their property.

In almost all the houses and apartments in America in the shower you will only see the mixer and the overhead shower - it is unlikely there will be a simple and familiar watering can with a hose. It would seem that what the problem is: a hand shower is bought and installed on the mixer. But, alas, it is not always possible and depends on the type of mixer or top shower.

Fact: In hotels where visitors from different countries are received, both souls are most often put - manual and upper. Therefore, you hardly noticed this problem, staying in hotels.

Very often, the baths in the master bathroom (the main bathroom in the house “at the parents' bedroom”, as we would say) are only equipped with a tap to fill with water. In the same room there is a separate shower, there is no watering over the bathroom. Well, well: let's say you go first to bathe in the shower, and then immerse and relax in the foam bath. But then how to wash this foam from yourself?

And yet: The doors to the bathrooms open to the inside of the room, which is unusual for Russians.

American toilets are a separate story: there are no such anywhere else, they are unaccustomed and even somewhat frightening for a simple Russian who first encountered them. The water in them always stands half-filled the bowl: at first glance, it looks like a broken toilet. As you begin to flush, it will begin to rise even higher. It seems that now it will overflow and ... But no - after that it will instantly disappear into the sewers, making a noise comparable to the takeoff of the aircraft.

And yet: Hygienic shower, and even more so a bidet, not very popular plumbing products in America. Therefore, if you search for property with them, then you will have a small choice.

An American standard bed consists not only of a base and a mattress - there must certainly be a lower hard mattress and an upper softer one, and an additional thin mattress on top for complete comfort.

This “cake” reaches such a height that you have to put small stools to get on the bed. Moreover, for domestic animals that sleep with their owners, special ladders are sold.

Fact: I have come across such an explanation for an overly high bed: in the past, wealthy and important people received visitors lying in bed. And they needed the visitor's eyes to be on the same level with theirs.

It may seem strange, but Americans usually use sheets instead of duvet covers. The standard set of linen has two sheets - a fitted sheet (tension) and a flat sheet (a sheet that is placed under the blanket). Fortunately, more and more European brands are coming to the US market with duvet covers, and Americans, accustomed to comfort in everything, quickly understood the advantages of this subject. 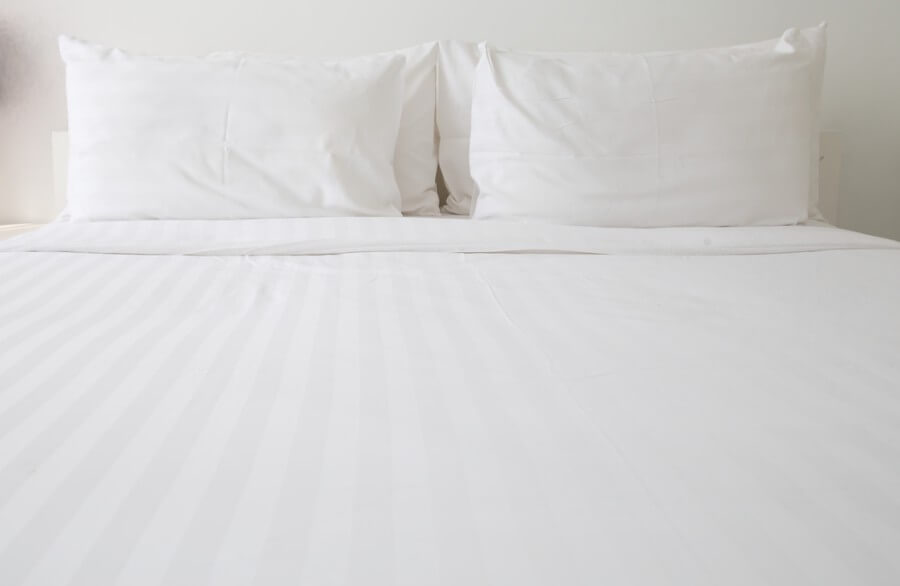 For people accustomed to take off their clothes right at the entrance to the house and not to walk on carpets in shoes, this American habit causes confusion and even irritation. Where have you seen it - go home in shoes?

I will add that in American homes, carpet lies, if not everywhere, then almost everywhere. Perhaps it can be nice when you live in a dry climate and on clean streets. But if the family has children or allergies, cleaning the house becomes a difficult task. It is not surprising that a vacuum cleaner is the main household appliance in the house. Do I have to say that you can not replace the carpet with something else in a rented house?

On the one hand, it is convenient: in order not to occupy space on the table top and not to be built into the wardrobes, they combined the microwave with the hood in one household appliance. Placed it, of course, right above the stove. 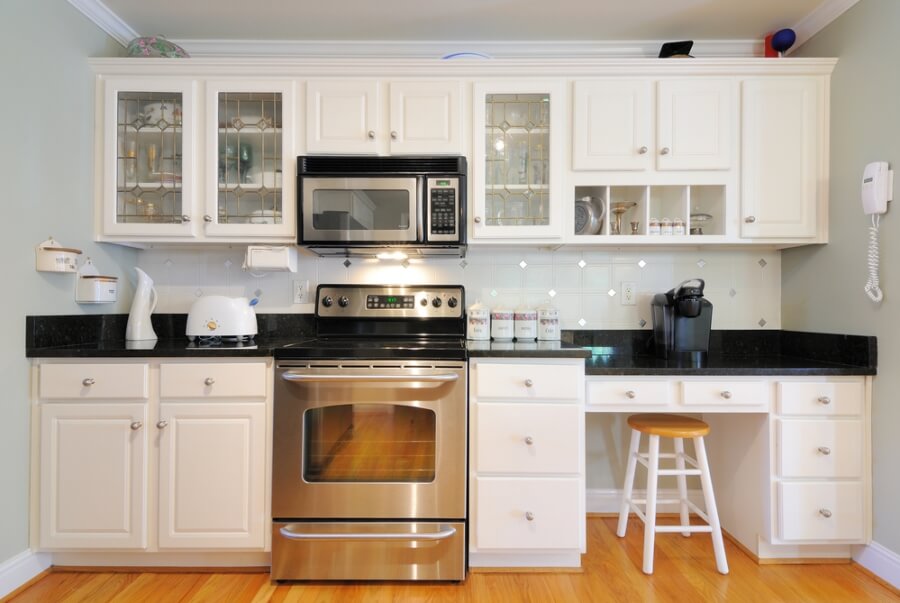 But getting a hot plate or mug from this height may not be very safe (and not everyone is comfortable). And, say, children in this case can not use the microwave at all.

Sometimes because of economy, sometimes for reasons of simplicity, Americans prefer blinds to curtains on the windows. You will not find any curtains in apartments and houses for rent - it will always be exactly blinds. And only if you move to your own home, can you hang the curtains (as many Russians do).

We are accustomed to the curtains, to us, the Russians, to habitually close in the evening from the involuntary curious glance of passersby or neighbors from the house opposite. But Americans often do not even think about it - they just live with their windows wide open, through which everything that happens in the house can be seen.

Personal experience. How to avoid mistakes when renting a home in the US