With approval of the COVID-19 vaccine expected within days, the scientist behind the experimental technology used by pharmaceutical companies Pfizer and Moderna explained what goes into the vaccine and what it's made of. The edition told in more detail Independent. 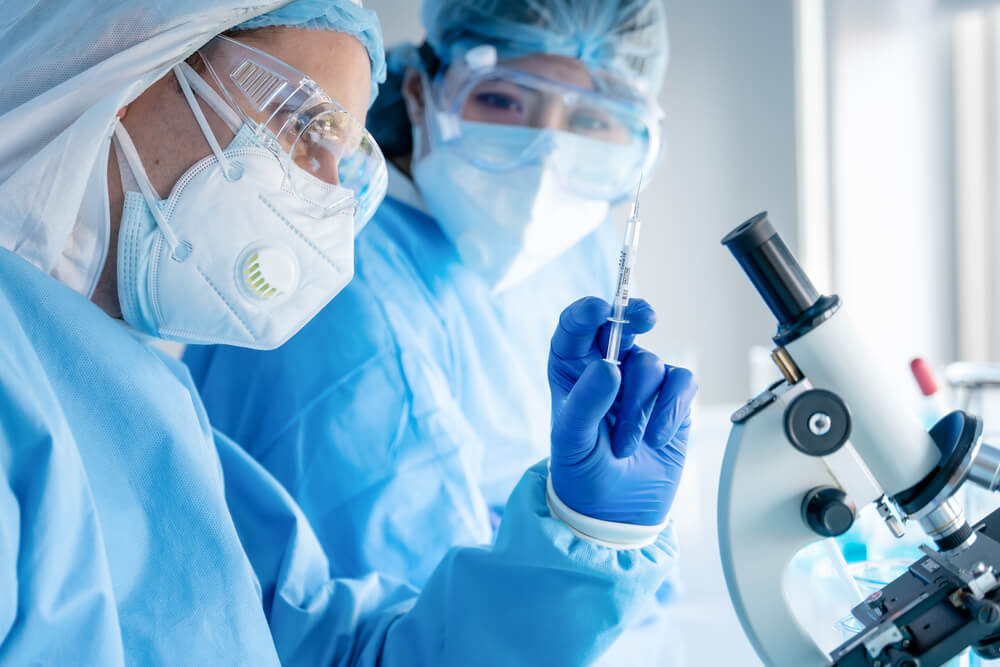 Dr. Drew Weissman, a professor at the Perelman School of Medicine at the University of Pennsylvania, pioneered a vaccine formula called Messenger RNA (mRNA) and collaborated with Pfizer and BioNTech on their version of the vaccine.

He said the vaccine, unlike any previously developed, contains new technology that transmits a genetic code - or directives - that instructs the body to create a copy of the COVID-19 virus protein that triggers an immune response.

“MRNA is produced by an enzyme that copies DNA containing a protein that needs to be replicated,” Weissman said. - Four lipids are used to create lipid nanoparticles that self-assemble from mRNA. All of them are created synthetically ”.

Dr. Weisman explains that COVID-19 vaccines contain only a synthetically generated mRNA genetic code and four lipids, unlike traditional vaccines, which are created in living cells and contain components of the virus.

“None of this is produced in mammalian cell lines,” he said.

On the subject: Fight against COVID-19: which is more effective - vaccination or natural immunity

Traditional vaccines contain an active ingredient that elicits an immune response, usually tiny fragments of a disease-causing organism in the form of a protein. They also contain preservatives such as 2-phenoxyethanol and stabilizers such as lactose, sucrose, amino acids (glycine), gelatin, or proteins (recombinant human albumin).

Surfactants used in products like ice cream hold the ingredients together. Also in the vaccine, you can find traces of residues from the manufacturing process, such as egg whites, yeast or antibiotics.

Also used are diluents such as sterile water and an adjuvant, aluminum salts such as aluminum phosphate, aluminum hydroxide or aluminum-potassium sulfate.

The experimental vaccines from Pfizer and Moderna, technically referred to as BNT162b2 and mRNA-1273, respectively, are created synthetically using ribonucleic acid (or mRNA).

Instead of injecting an organic version of the virus to generate an immune response, mRNA contains fragments of the genetic code of the coronavirus spike protein, which tells the body's cells to make copies of this spike protein and triggers the immune system to make antibodies.

“It's done with DNA, which has a sequence that binds the enzyme and makes it work. There are other sequences that increase the amount and duration of protein production, ”said Dr. Weissman. "Our mRNA vaccine is different in that one of the nucleotides is modified, which eliminates the inflammatory potential of the mRNA."

What exactly the COVID-19 vaccine consists of is a matter of chemistry. The nuances of creating synthetic mRNA, according to Dr. Weisman, are confidential information that will be buried in a complex web of patents.

Paula Cannon, assistant professor of microbiology at the Keck School of Medicine at the University of Southern California, said the vaccine developers have improved natural RNAs, which are short-lived and fragile.

“They can be made completely synthetic, you don't need a biologist, you need a chemist to create them,” Cannon said. “Part of the secret behind these vaccines is that chemists have found a way to modify RNA and improve what nature has designed to make it more stable. We don't want the body to go crazy with this RNA that has been injected into it. Therefore, some chemical modifications have been made. ”

Although the specificity of these chemical modifications is not available, it is common knowledge that vaccines are encapsulated in lipid nanoparticles, a fatty coating to protect fragile mRNA molecules.

These lipids, also synthetically developed, were referenced in a July study published in the New England Journal of Medicine in a Moderna Phase I study review article that said "a lipid nanoparticle is composed of four lipids."

On the subject: Vaccines for COVID-19 have already been invented: will they save the global economy

The published study, while not providing a peek inside manufacturing, provides a deeper understanding of how mRNA and lipid nanoparticles together can deliver a vaccine to the body.

“It's like a carrier and a protective chemical that helps to package, protect and help deliver RNA. Often this is based on lipids created entirely by chemical means, Cannon said. "So you have one flask that makes RNA, and one flask that makes lipid, and they kind of mix together, and the chemistry is so that RNA is attracted to the lipid, it forms a complex with it."

Researchers have been trying to trick the body's immune system with mRNA for decades, and COVID-19 vaccines will be the first successful implementation since research began.

If approved by the US Food and Drug Administration (FDA), they will not only have a huge impact on the pandemic, but will also open the door to a whole line of vaccines against viruses such as herpes, HIV and influenza.

Fight against COVID-19: which is more effective - vaccination or natural immunity

Can a U.S. employer force an employee to be vaccinated against COVID-19