Home Educational program Scientists have found that changing eating habits can extend life by 13 years: what you need to eat to live longer

Scientists have found that changing eating habits can extend life by 13 years: what you need to eat to live longer

Changing your eating habits can extend your life by 13 years, especially if you start at a young age, according to a recently published study. CNN. 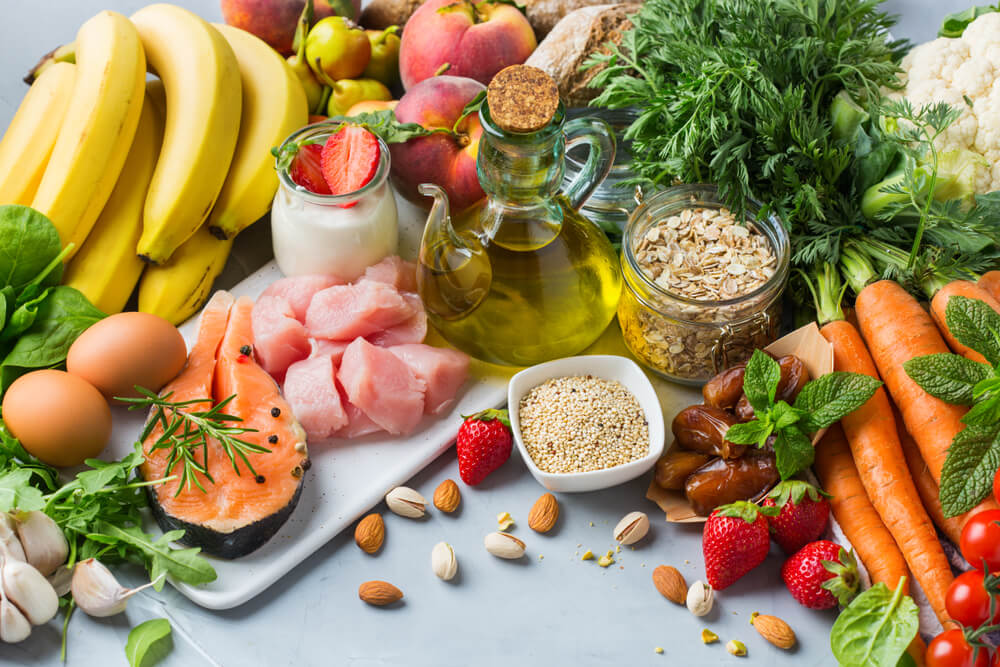 According to a study published Feb. 8 in the journal PLOS Medicine, if a woman started eating right in her 20s, she could increase her life expectancy by just over 10 years. A man who eats a healthier diet in his 20s can add 13 years to his life.

The study found that focusing on a healthier diet can also prolong the lives of older people. Starting at age 60, a woman can still increase her life expectancy by eight years. Men who switch to a healthier diet at age 60 can add nearly nine years to their lives.

The study found that plant-based nutrition can benefit even 80-year-olds: men and women can gain about 3,5 years extra through dietary changes.

On the subject: Immunologist recommends: 4 vitamin supplements that will make you healthier and more active

“The notion that better nutrition will reduce the risk of chronic disease and premature death has long been established, and it goes without saying that fewer chronic diseases mean longer life,” said Dr. David Katz, lifestyle prevention and nutrition specialist, Dr. who did not participate in the study.

Katz, president and founder of the nonprofit True Health Initiative, a global coalition of evidence-based medicine experts, has published a study on how to use food as preventive medicine.

“What they define as an ‘optimal’ diet is not exactly optimal; it's just a lot better than "typical," Katz said, adding that he thinks the diet can be "further improved to bring even greater benefits."

“I was under the impression that their ‘greatly improved’ diet still allowed significant doses of meat and dairy products,” Katz said, adding that when his team objectively evaluates the quality of the diet, “these elements are at a fairly low level.” .

To model the future impact of changing a person's diet, the Norwegian researchers used existing meta-analyses and data from the Global Burden of Disease study, a database that tracks 286 causes of death, 369 diseases and injuries, and 87 risk factors in countries around the world.

The largest increase in lifespan was found when eating more legumes, including beans, peas, and lentils; whole grains; and nuts such as walnuts, almonds, pecans and pistachios, the study found.

It may seem easy to add more plants and grains to your diet, but statistics show that Americans have a hard time doing it. A new report from the US Centers for Disease Control and Prevention has found that few Americans are eating fruits and vegetables according to their daily recommendations.

A CDC study found that only 12% of adults consume 1,5 to 2 cups of fruit each day, which is the amount recommended by the federal dietary guidelines for Americans. Only 10% of Americans eat the recommended 2-3 cups of vegetables every day, including legumes.

About 50% of the grains consumed should be whole grains, but more than 95% of Americans fall short of this goal, according to the latest nutritional guidelines for Americans, instead eating processed grains that have been milled to remove the grain, bran, and many nutrients. including fiber.

The guide says that more than 50% of Americans don't eat the 5 grams (about a teaspoon) of the recommended nuts and seeds each day.

Nuts, seeds, legumes, and whole grains contain more than just protein. They include healthy fats, vitamins, minerals, and antioxidant "phytochemicals" that have been linked to a lower risk of chronic disease.

Eating less red and processed meats, such as bacon, sausage, and canned deli meats, has also been associated with increased lifespan.

“There is strong evidence that processed meat can cause bowel cancer — so much so that the World Health Organization has classified it as carcinogenic since 2015,” says University of Oxford epidemiologist Tim Kee, a member of the UK Department of Health’s Scientific Advisory Committee on Nutrition.

How to eat less meat and more plant foods

Experts say replacing red and processed meats with lean poultry, fish, and plant-based proteins is one way to quickly improve your diet.

Plant-based proteins include soybeans (edamame), chickpeas, lentils and other legumes, tofu, tempeh, nuts, seeds, and whole grains. Some vegetables, such as broccoli, are also higher in protein.

“The benefit is more pronounced when red and processed meats are replaced with plant-based protein sources,” study co-author Dr. Frank Hu, chair of the Department of Nutrition at Harvard University.

How to improve your diet

One way to include more plant-based foods in your diet and eat less red meat is with the Mediterranean diet, which has been the top diet for five consecutive years, according to US News & World Report.

Silver was split between the DASH diet, which stands for dietary approaches to stop hypertension, and the flexitarian diet, which encourages vegetarianism most of the time. All of these diets focus on a meal full of fruits, vegetables, beans, lentils, whole grains, nuts, and seeds.

An easy way to start eating Mediterranean style is to cook one meal each week based on beans, whole grains, and vegetables, using herbs and spices to spice things up.

Eight times vaccinated Zhirinovsky fell ill with COVID-19: the politician is in critical condition, he was connected to a ventilator

Medical breakthrough: paralyzed people will be able to walk again thanks to an implant