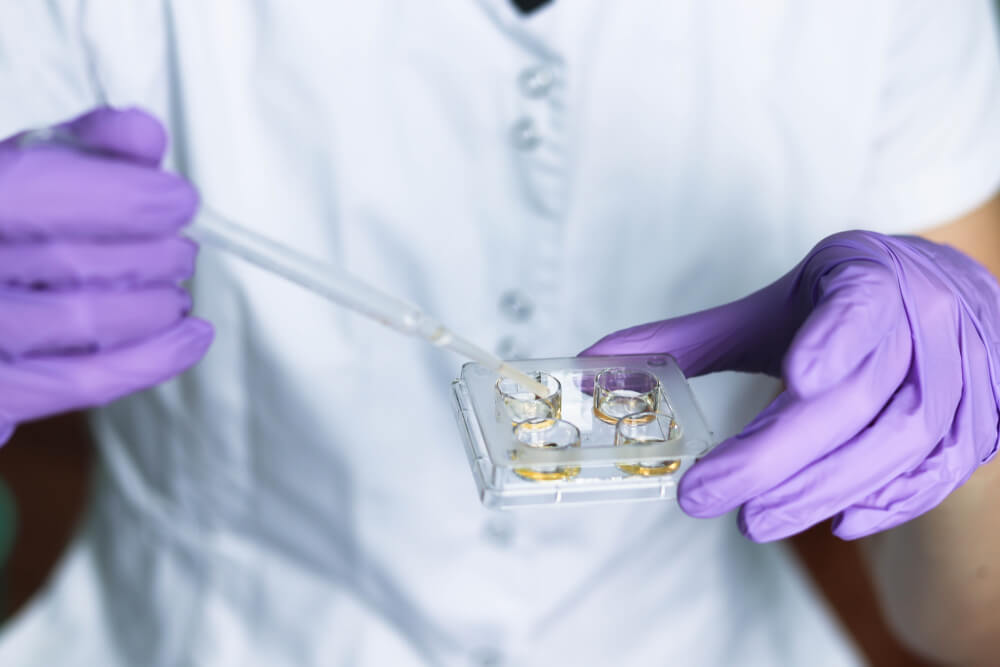 The biologists worked together with scientists from China under the leadership of Juan Belmonte. An article with the results of the experiment published in the journal Cell.

Previously, Balmonte worked on the creation of the human-animal chimera. In 2017, their experiment was successful - they created a creature with human and pig cells. However, the concentration of human cells in the chimera was only 0,01%. Scientists said that such a low survival rate of human cells is due to too much difference between species.

In this regard, the researchers decided to integrate human cells into the embryos of cynomolgus monkeys, which are a species closer to humans.

As part of the study, macaque embryos were grown in the laboratory, and at the age of six days, 25 human stem cells were injected into each of them. The cells have taken root in all 132 embryos. After 10 days, only 103 of them continued their successful development. However, on the 19th day, only three chimeras survived.

On the subject: Scientists have created an embryo from skin cells and learned how to grow embryos without a uterus

According to the experimental conditions, all embryos were destroyed.

During the experiment, the level of the content of human cells in the embryos almost did not fall (kept within the range of 4-7%). Scientists, among other things, were able to identify several types of bonds between chimera cells that were different from those found in the embryos of humans and macaques.

The researchers believe that this method will allow in the future to grow organs and tissues for transplantation, as well as to avoid possible rejection.

In addition, the creation and study of chimeras will allow a better understanding of human development in the early stages. This, in turn, can provide information about the possible progression of diseases and aging, because not all experiments can be carried out on humans.

“Since we cannot conduct certain types of experiments on humans, it is important that we have models to more accurately study and understand human biology and disease. An important goal of experimental biology is the development of model systems to study human diseases in vivo, ”said Belmonte.

But even now, many scientists consider such experiments controversial from an ethical point of view. They are convinced that before experimenting with the creation of chimeras, it is necessary to publicly discuss their consequences, as they can pose serious ethical and legal problems.

"The study authors believe that chimeric embryos open up new possibilities because, in their words," we cannot conduct certain types of experiments on humans. " But at the same time, the question remains open whether these embryos themselves are people or not, ”commented Anna Smidor, a biomedical ethics researcher at the University of East Anglia on the experiment.

Activity and anxiety: what are the consequences of the pandemic and how to deal with it