A team of scientists from the USA is developing a protective mask that can give a fluorescent signal when a person with coronavirus breathes, coughs or sneezes. The signal can be captured using a special device, but cannot be seen with the naked eye, says Business Insider. 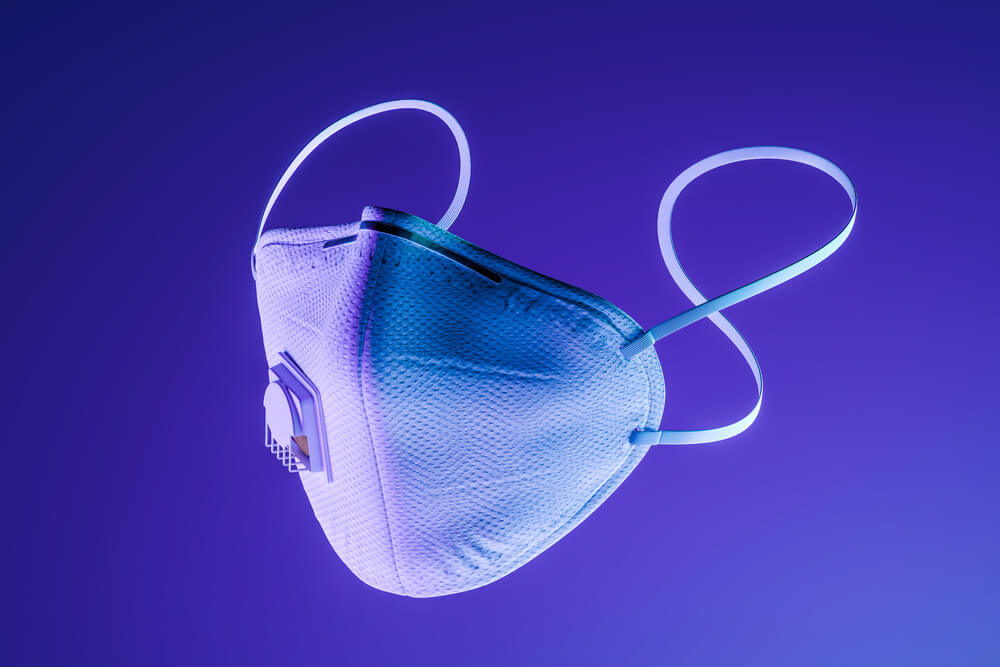 Pandemics were the main subject of study for Jim Collins years before the advent of the new coronavirus. In 2014, his bioengineering laboratory at the Massachusetts Institute of Technology began developing sensors that could detect the Ebola virus, lyophilized on a piece of paper. A small team of scientists from the Massachusetts Institute of Technology and Harvard first published their research in 2016; by then, they had adapted technology to deal with the growing threat of Zika virus.

Now they are again adjusting their tool to detect cases of coronavirus.

The team is developing a mask that will give a fluorescent signal during breathing, coughing or sneezing of a person with coronavirus. This technology can replace temperature checks in public places.

“With the opening of the transportation system, the mask could theoretically be used at airports as we pass through security and await boarding,” Collins said. “You or I can use it on the way to and from work. Hospitals could use it for patients when they come or sit in the waiting room, as a preliminary examination. "

Doctors can even use these masks for on-site diagnostics without sending samples to the lab. With the virus spreading rapidly, tools that quickly identify infected people are critical.

A fluorescent signal can show if coronavirus is present in saliva

Collins says his lab’s current project is in “very early stages,” but the results have been promising. Over the past few weeks, his team has tested the ability of sensors to detect coronavirus in a small sample of saliva.

The team is also experimenting with design: the lab is currently discussing whether to embed sensors in a mask or develop a module that can be attached to any mask.

The team hopes to demonstrate that the concept works over the next few weeks.

"Once we get to this stage, it is important to organize research with the participation of infected people to see if this will work in real conditions," - said the scientist.

However, in general, virus detection technology has already been proven. By 2018, laboratory sensors could detect viruses that cause SARS, measles, influenza, hepatitis C, West Nile fever, and other diseases.

On the subject: Trump said the U.S. has gone round the world in testing for COVID-19: why isn't it a victory

“First we did it on paper to create a tool for such an inexpensive diagnosis,” Collins explained. “We have shown that the system can work with plastic, quartz and fabric.”

Collins sensors are made up of genetic material (DNA and RNA) that binds to the virus. This material is lyophilized on tissue using a machine that draws moisture from the genetic material without killing it. It can remain stable at room temperature for several months, providing masks with a relatively long shelf life.

Sensors need to activate two things. First, the moisture that our bodies release through respiratory particles such as mucus or saliva. Secondly, the genetic sequence of the virus must be detected.

The Shanghai laboratory sequenced the coronavirus genome in January. Collins said his sensors only had to identify a small segment of this sequence in order to detect the virus. Once they do, the system will be able to fluoresce within 1-3 hours.

This signal is not visible to the naked eye, which is why Collins' lab uses an instrument called a fluorometer. Outside the lab, employees will be able to use handheld fluorimeters, which Collins says “cost about a dollar,” to scan masked people, the author says.

His team had previously developed sensors that change color from yellow to purple in the presence of a virus, so it is possible to use such a system.

Collins is considered a pioneer in synthetic biology, a field that uses engineering to reverse engineer systems found in nature. He won a MacArthur Genius Grant in 2003. In 2018, his lab received a $ 50 grant from Johnson & Johnson to develop embedded virus detection sensors for lab coats.

Sensors can offer a cheaper, faster, and more sensitive form of virus detection than traditional diagnostic tests. For example, laboratory sensors for Zika virus can diagnose infection within two to three hours. In 2016, the team estimated that the sensors cost about $ 20 each, and the test itself cost $ 1 or less in production.

Tests for coronavirus currently take about 24 hours and patients often do not receive results for several days. This may change - the US Food and Drug Administration has authorized the use of a home diagnostic test (it is currently being distributed to healthcare providers and first aid providers).

On the subject: You may already have been ill: how to get tested for antibodies to coronavirus without leaving your home

A test developed by the Centers for Disease Control and Prevention costs about $ 36, according to a document released by Medicare in March. For commercial laboratories, the price is $ 51.

Because Collins sensors are very specific, they are even able to detect various strains of the virus. In the case of Zika virus, the sensors detected two strains from Africa, one from Asia and one from America.

Scientists traced coronavirus strains to two main lines: one originated in Asia, and the other became more common in Europe, North America and Australia. Although the Massachusetts lab is still testing coronavirus segments, there is a high probability that its technology will be able to detect these differences: the team previously revealed that its test finds a mutation with a probability of 48%.

Instead of temperature checks

Airport testers often rely on temperature screenings to identify travelers who may have coronavirus infection. This method is also used in countries that have relaxed restrictions on movement of people.

But temperature checks miss a large number of infections, including patients who have no symptoms or experience symptoms other than fever. Collins believes his sensors can detect more cases by detecting the virus itself, rather than its symptoms.

According to him, the main goal of the laboratory is to start producing masks for public distribution by the end of the summer.

Trump said the U.S. has gone round the world in testing for COVID-19: why isn't it a victory

US seizes for inspection Russian ventilation devices after fires in hospitals