In the mid-1960s, scientists identified the first coronavirus (HCoV-229E). Then nothing foreshadowed trouble. It was unusual - it could affect both animals and people, but scientists decided that the world saw worse diseases. What came of it, said the publication with the BBC. 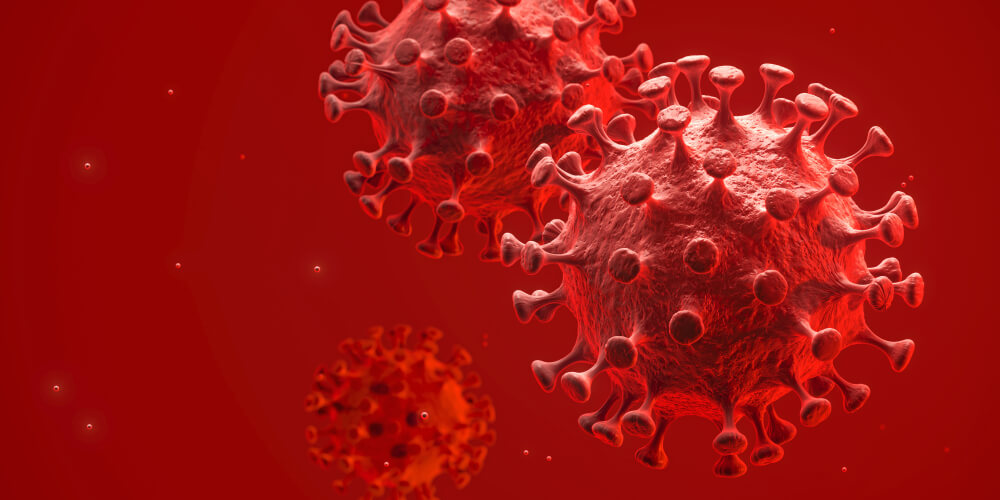 However, the situation soon changed. In 2002, the first case of severe acute respiratory syndrome caused by the beta-coronavirus B-SARS-CoV was registered, in 2015 there was an outbreak of the Middle East respiratory syndrome, for which the beta-coronavirus C-MERS-CoV was responsible. And at the end of 2019, the world got acquainted with SARS-CoV-2, which by the spring of 2020 had already become a global problem, and the era of a pandemic had come.

For some, this era seems to be coming to an end, for others the pandemic is in full swing, and scientists are already in a hurry to look into the future: when another member of this extremely unpleasant family of viruses wants to prove themselves. They have no doubt that sooner or later this will happen.

With this question in mind, Liverpool scientists programmed artificial intelligence to predict when the next virus might appear and which animal could help the virus spread.

“We wanted to know where the next generation of coronaviruses could come from,” explains virologist Dr. Markus Blagrove, who took part in the study. "One of the ways they arise is the RNA recombination of two existing viruses, when two different types of them infect one cell and create a so-called daughter virus, which gives rise to a new strain."

On the subject: Green tea, marijuana and coronavirus: dispel myths about treatment and risks

Scientists have come to the conclusion that the links between viruses and their potential carriers, capable of producing something even more terrible than SARS-CoV-2, may be ten times greater than it followed from previous estimates.

If earlier, on the basis of observations, it was believed that only four species of mammals (not counting humans) could simultaneously be carriers of SARS-CoV-2 and some other coronavirus, then artificial intelligence raised the bar to as much as 126 potential carriers.

As examples, scientists cite the Asian palm civet and the great horseshoe bat, which can carry 32 and 68 different coronaviruses, respectively, at the same time. The algorithm developed by artificial intelligence also predicted that SARS-CoV-2 is able to recombine with other viruses in animals such as the common hedgehog, the European rabbit, and even the dromedar camel.

Experts say that although in the last year the coronavirus has become the number one enemy of humanity, most members of this family are still harmless and many of us have had some form of coronavirus infection, having escaped with a slight runny nose.

There are only four genera in the coronavirus family: alpha, beta, gamma, and delta. Of these, only the first two have variations that can infect humans, and the strain that causes SARS acute respiratory syndrome is found only in the beta coronavirus.

However, the trouble is that viruses do not like to sit on the shelves and constantly exchange RNA, while they change their gene year in order to better match the master keys to the immune system of the chosen host - from time to time they even look for a new one for themselves.

For researchers who have not yet been able to figure out exactly where SARS-CoV-2 came from, it is very difficult to track all these viral changes and mutations.

However, most scientists agree that the main breeding ground was still bats with their surprisingly stable immune systems, which could not get sick for a long time, but remain carriers of viruses, while allowing them to mix and mutate.

And already when the virus has mutated, the transition to humans or transmission through an intermediate carrier becomes a matter of time in case of a successful (for the virus) coincidence of circumstances.

The researchers note that you should not be afraid of animals that carry the coronavirus and change your attitude towards them.

The developed technology for computing viruses theoretically makes it possible to track pathogens in the process of their mutation.

"If we can calculate these viruses in advance," explains Dr. Blagrove, "then we can develop drugs and vaccines that will prevent the virus from overtaking humans."