Home Educational program Scientists seem to have found a cure for alcoholism, but it causes hallucinations

Careful research has shown that a compound in psychedelic mushrooms known as psilocybin helps alcoholics reduce their intake or stop drinking altogether. Writes about it NBC New York. 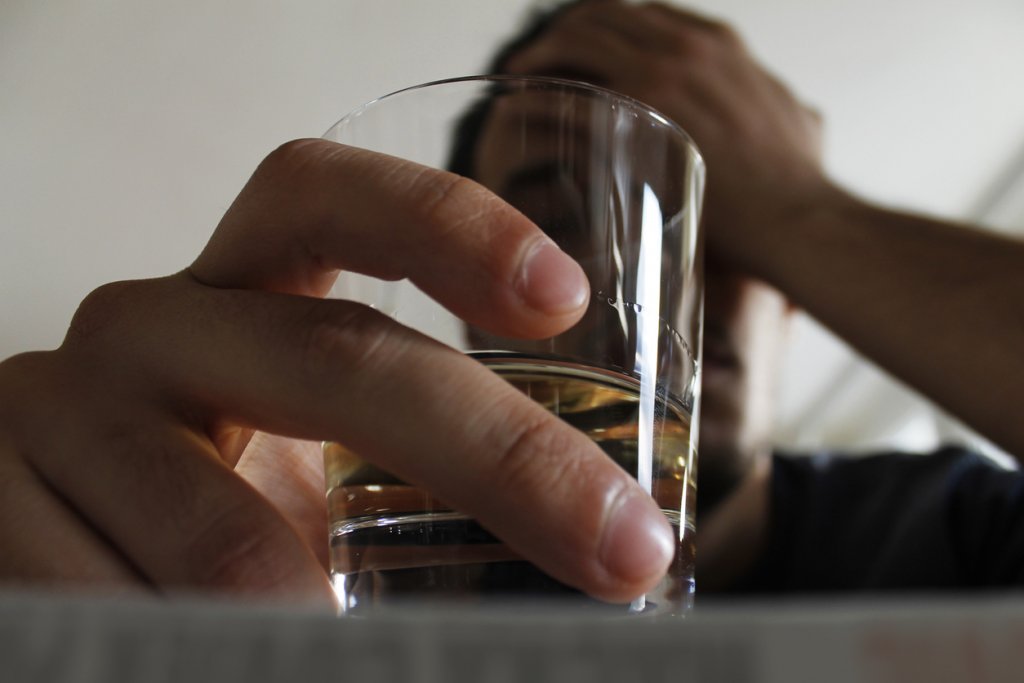 More research is needed to see if the effect persists and works in a larger study. Many of those who took the dummy drug instead of psilocybin also managed to drink less, likely because all of the study participants were highly motivated and in therapy.

Psilocybin, found in several types of mushrooms, can cause hours of vivid hallucinations. Indigenous people used it in healing rituals, and scientists are studying whether it can alleviate depression or help quit smoking. It is illegal in the US, although Oregon and several cities have decriminalized it. Starting next year, Oregon will allow licensed doctors to use it under supervision.

The new study, published in the journal JAMA Psychiatry, is "the first modern, rigorously controlled study" of whether it is possible to help people overcome alcoholism, said Fred Barrett, a neuroscientist at Johns Hopkins University who was not involved in the study.

In the study, 93% took a capsule containing psilocybin or a placebo, lay down on a couch with their eyes closed, and listened to recorded music through headphones. They received two such sessions one month apart and 12 talk therapy sessions.

For eight months after the first dose, patients who took psilocybin felt better than those in the other group. They started drinking heavily about 1 every 10 days on average compared to about 1 every 4 days in the placebo group. Almost half of those taking psilocybin stopped drinking completely, compared to 24% in the control group.

Only three conventional drugs - disulfiram, naltrexone and acamprosate - are approved for the treatment of alcohol use disorders. In almost 20 years, not a single new drug has been approved.

On the subject: Scientists have learned to change the memory of genes: this is how alcoholism can be treated

While it is not known exactly how psilocybin works in the brain, researchers believe that it strengthens connections and at least temporarily changes the way the brain is organized.

Less is known about how strong these new ties can be. Theoretically, when combined with talking therapy, people can break bad habits and embrace new perspectives more easily.

“There is the possibility of a really relatively permanent change in the functional organization of the brain,” Bogenschutz said.

According to him, patients described ideas that changed their lives and inspired them not to drink for a long time.

Mary Beth Orr, 69, of Burien, Washington, said her psilocybin-induced hallucinations — flying over breathtaking landscapes and telepathically merging with creative people throughout history — taught her she was not alone.

Before taking part in the study in 2018, Orr drank five or six drinks every evening and even more on the weekends.

“The amount was unacceptable, but I couldn't stop,” she said. “There was no switch that I could access.”

During her first experience with psilocybin, she had a vision of her own deceased father, who looked at her with an eagle eye and said: "Go." She told therapists watching her, "Those eagle eyes can't see God's face, but they know where he is."

She completely stopped drinking for two years and now occasionally drinks a glass of wine. More than talking therapy, she trusts psilocybin.

“It made alcohol inappropriate and uninteresting for me,” Orr said. Now she is attached to her children and her loved ones in such a way that it simply eliminates the desire to be alone with alcohol.

Patients who received psilocybin had more headaches, nausea, and anxiety than those who took placebo. One person reported that he had suicidal thoughts while taking psilocybin.

In such an experiment, it is important that the patients do not know or guess whether they were receiving psilocybin or placebo. To achieve this, the researchers chose an antihistamine drug with some psychoactive effects as a placebo.

However, most of the patients in the study correctly guessed whether they received psilocybin or a dummy pill.

Paul Mavis couldn't guess: a 61-year-old man from Wilton, Connecticut, received a placebo but still stopped drinking. First, talking therapy helped him by suggesting that his emotional life stalled at age 15 when he started drinking.

The patient described a life-changing moment during a placebo session: the man imagined the death of a loved one. Suddenly he was seized with deep and unbearable grief.

“I cried, which is atypical for me. I was sweating, I was devastated,” he recalled. “And suddenly I thought: drunkenness is equal to death.” He said he hasn't had a drink since.

Dr. Mark Willenbring, former director of treatment research at the National Institute on Alcohol Abuse and Alcoholism, is convinced that more research is needed before psilocybin can be considered an effective adjunct to therapy. The doctor noted that talking to a therapist helped both groups—those who took psilocybin and those who didn't. The added benefit of psilocybin seemed to fade over time.

“It's tempting,” Willenbring says. - Are additional studies needed? Yes. Is the drug ready for something more? Not yet".

63% of the world's population will die: scientists have estimated what will happen in the event of a nuclear war between the United States and Russia