On July 27th, a cloud of grasshoppers swept across Las Vegas, becoming the center of the world's news. They flew in from the desert, attracted by the lights of the big city. At the same time, a cloud of insects invaded Yemen, a state devastated by civil war and suffering from food shortages. 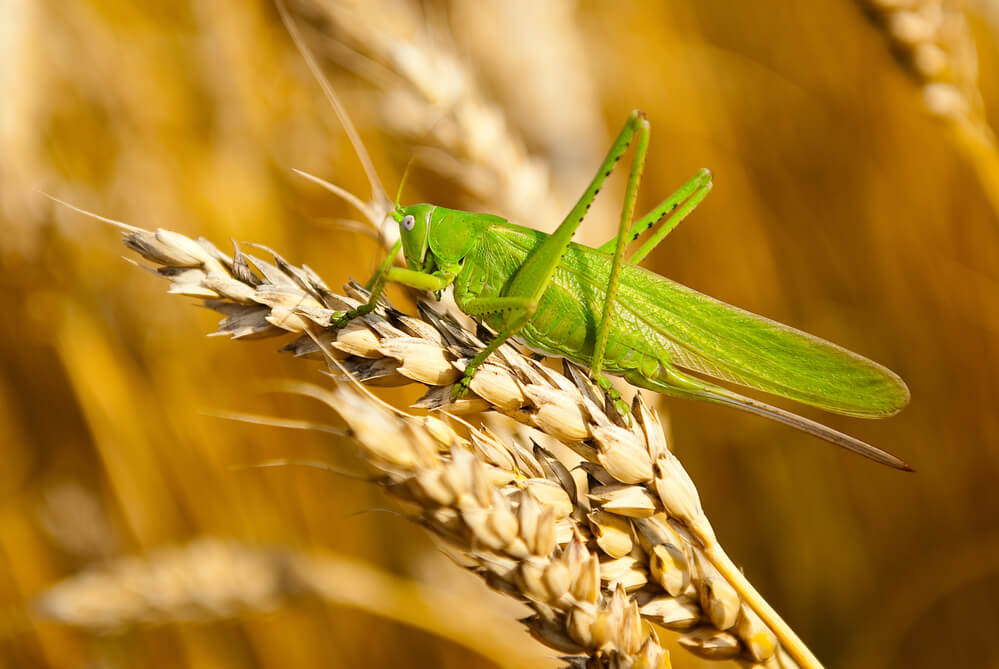 The second invasion was less of an interest to the media, although it had much more disturbing consequences: it was a locust, whose famous gluttony is capable of causing significant damage to the crop in more than 60 countries, mainly in Africa, the Middle East and Central Asia. These two episodes, at first glance quite different, are, in the opinion of some researchers, links of the same chain and threaten to become a frequent occurrence: scientists warn that global warming entails changes in the behavior of insects, which become more dangerous and less predictable, writes with the BBC.

Hunger is not an aunt

Scientists already have evidence that an increase in temperature in the atmosphere causes changes in the metabolism of insects.

In 2018, a group of American researchers published an article in the journal Science, which stated that the warmer around, the more active the reproductive function of insects, and the better their appetite.

Thus, the desert locust absorbs a quantity of food equal to its own weight per day.

Researchers believe that with an increase in temperature of just one degree Celsius, the damage caused by insects to a crop of wheat, rice and corn can increase by 10-25 percent.

The greatest damage at the same time threatens areas with a temperate climate, where most of the agricultural products are grown.

On the subject: Scientists: there have been warming on Earth, but what is happening now has no analogues

“Everywhere except in the tropics, rising temperatures are driving insect populations. Thus, there are more individuals who eat more, ”writes Curtis Deutsch, one of the authors of the study.

Although locusts are not the only pests capable of destroying crops, they remain the only species regularly monitored at the national and international levels. All because of her notoriety and destructive potential.

Over the past forty years, the growth of the locust population has been controlled, but several serious incidents have occurred, such as the invasion of hordes of insects in 2004 in Africa, as a result of which damage to agriculture in the form of crop losses reached 2,5 billion dollars.

Although it is estimated that the share of locusts in total insect damage is relatively small - only 0,2% - nevertheless, the effect that the local population can have on the region can be devastating.

“Climate change at the northern and southern borders of the Desert Locust habitat - it is becoming drier - may expand this area significantly, which will have important and negative consequences,” Michael Le Coq, one of the leading world locust specialists.

“The stakes in this game on crops, pastures, food supplies and, ultimately, social security for the poor in these regions can be enormous,” warns Le Coq.

As one of the most devastating disasters, desert locusts, according to the United Nations Food and Agriculture Organization (FAO), have the potential to destroy up to 10% of global food supplies.

Even a small flock of locusts eats a sufficient amount of food per day to feed 35 thousand people.

These creatures are some of the oldest enemies of mankind: they are mentioned in the Bible and the Koran. Thus, in the Bible, the plague of locusts became one of the ten famous "executions of the Egyptians" - the punishments to which the Egyptians were subjected for the oppression of the sons of Israel.

The ancient historian Pliny the Elder tells of 800 thousands of people in the territory of modern Libya, Algeria and Tunisia who died of starvation, which was caused by the locust invasion.

Most recently, in 1958, in Ethiopia, locusts, covering an area of ​​a thousand square kilometers, destroyed 167 tons of wheat - enough to feed a million people for a year.

More moderate regions are at greater risk: insect metabolism accelerates when it gets warmer around, but slows down when it gets too hot, which can be observed in the tropics.

It is the general warming in Argentina that experts believe the cause of the 2016 locust infestation - the largest in 60 years.

The FAO, which regularly monitors desert locust activity, also reports that global warming is helping to establish favorable conditions for the locust population, whose adults can travel up to 150 km per day under such conditions.

According to the agency, this means that in the future, locusts will move much faster.

Moreover, an increase in ambient temperature allows insects to rise higher and overcome natural obstacles in the form of mountains, thereby discovering new migration routes, especially in the presence of a fair wind.

On the subject: How global warming will affect air travel

“Overall, we expect locust outbreaks to become more frequent and widespread in the future in the face of global warming,” said Erian Sees, director of the Global Locust Research Initiative at the University of Arizona.

The most threatened regions are those primarily oriented to farming.

At the same time, it is not only food crop producers that are at risk: in Pakistan, the locust infestation threatened the safety of the cotton crop, a crop that in one form or another makes up almost half of the national export.

20 of the unexpected effects of the weather: the heat provokes stupidity and a desire to fight