Experts say the next generation of school shooters have grown up following all the rules and warnings of mass shooting, and therefore know how to get around them. Insider. 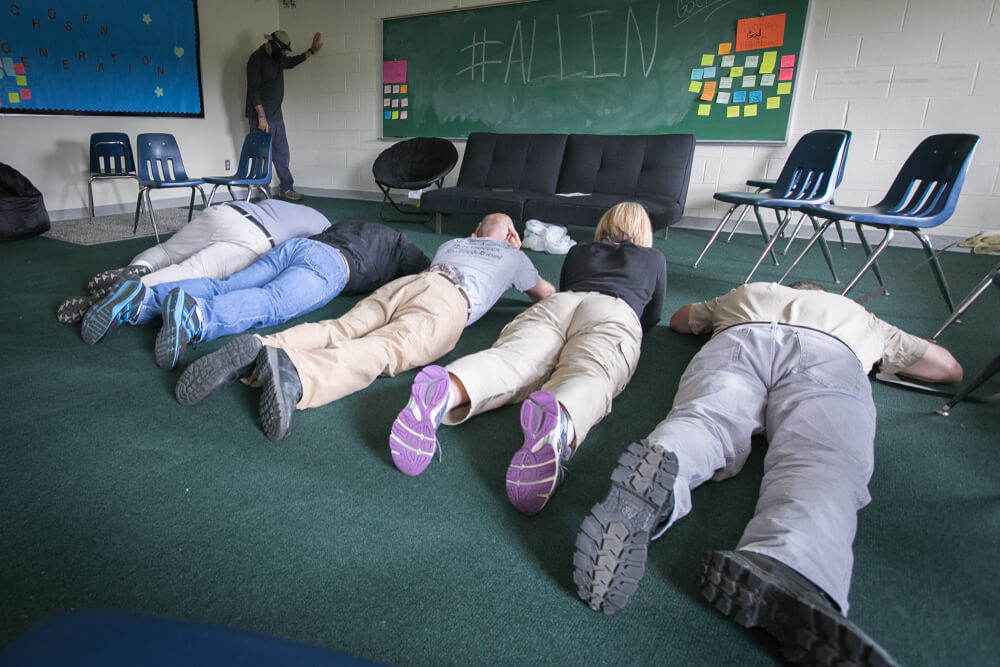 These drills, currently held in approximately 95% of America's public schools, are designed to prepare staff and students in the event of an armed intruder or active shooter on campus.

These range from teaching students and staff, barricading classroom doors and hiding in a corner, to high-intensity simulations in which actors pretend to be gunmen and shoot teachers with plastic balls.

On the subject: US teens use special emoji codes to buy drugs: Parents are asked to be vigilant

But experts said the drills are ineffective because most school shooters are either former or current students who are already aware of the school's safety protocols.

“They already know how the precautions work and they know exactly what students will do in this situation,” said Peren Tiemann, an activist with Student Demand. "We don't need repetitive, traumatic training to teach us to lock our classroom doors and stay inside."

“It all happened too fast,” said Reyes, who witnessed the deaths of 11 of his students. “Teachings, all sorts of training—nothing will prepare you for this.”

The 18-year-old shooter who killed 19 students and two teachers at Robb's elementary school in Uvalde was a local high school student. And the gunmen involved in the shootings at Marjorie Stoneman Douglas High School and Sandy Hook Elementary School were former students from those schools.

Dr. Nancy Rappaport, a child and adolescent psychiatrist who specializes in assessing threats in schools, said the drills allow shooters to get "information from the inside."

She also urged schools to look for warning signs in current students and intervene to avoid further violence.

Both Tiemann and Rappaport also highlighted the trauma that active shooting exercises can inflict on students and teachers.
A typical drill involves students and teachers locking or barricading the classroom door, turning off the lights, sitting on the floor or in a corner, and remaining silent while other employees or actors attempt to enter the room, as an intruder would.

“The only thing these exercises do to children is to provoke fear,” Rappaport said. “It’s absolutely insane to think that you can teach kids how to defend themselves against someone with a semi-automatic weapon.”

Tiemann said that when she had to do shooting exercises at school, she often cried with her classmates because it bothered her a lot.

“The reason I still remember it so vividly is because it was very scary,” Tiemann said.
Lori Evans, a teacher from Newark, New Jersey, described what it was like to take a shooting drill.

“The kids are horrified. Some cry, come very close, crawl on my knees, squeeze my arms and legs, and I try not to show fear, ”she said.

“Despite the fact that these are exercises, they are traumatic,” she said. - My heart is pounding. I know it's my job to make sure the kids don't get too scared, but there's no getting around it."

A report published last year by the advocacy group Everytown for Gun Safety found that active school shooting drills increased anxiety and stress by 42% and increased depression by 39% among teachers, students and other school workers.

“Even though this is just a workout, the fear and anxiety are real,” Evans said.

But despite the criticism, the use of active shooting drills is likely to continue. In the aftermath of the Uvalda attack, Texas Gov. Greg Abbott ordered gunnery drills to be held at all public schools in the state through the 2022-2023 school year.

Again, not aliens: New Zealanders were surprised by blue spirals in the sky, it turned out to be Musk's rocket

A man for 20 years did not drink water, but only used Pepsi: how did this affect his health