Home World The Earth will soon have a second satellite: how is this possible

To the question: "How many natural satellites does the Earth have?" - there is a quick answer: “One. This is the Moon. " Surprisingly, this is not always the case. The moon is our constant natural satellite, but sometimes the so-called temporary moons, or quasi-satellites, appear on the planet. Very soon one of them will drop by for a short while: from October of this year to May of the next, the correct answer to the above question will be: “Two”. What is a mini-moon and how long will it be a satellite of our planet, the publication said M24. 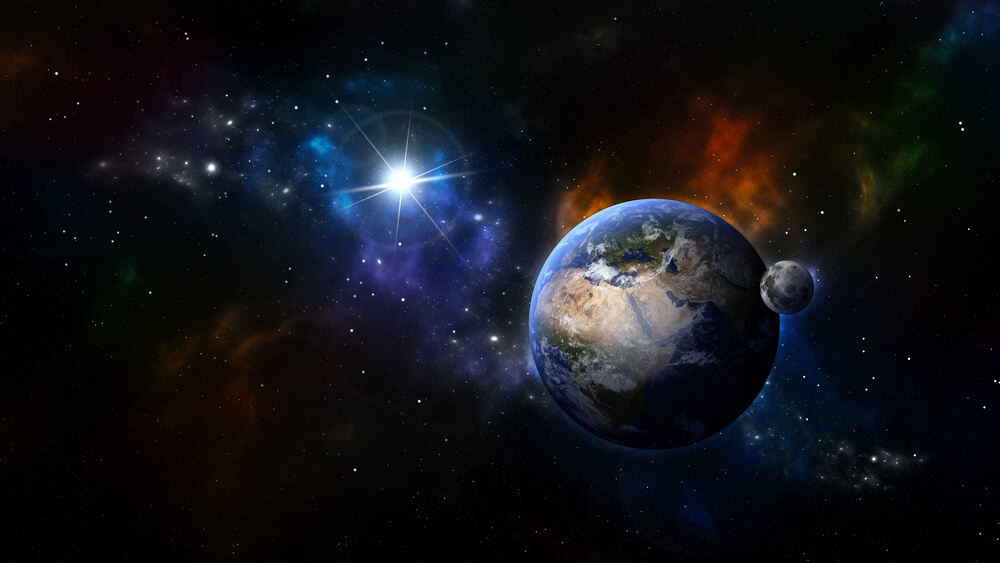 Outer space is filled with a variety of celestial bodies: comets, asteroids and other objects periodically approach the Earth, their speeds are so high that the attraction of our planet does not significantly affect them. But sometimes “slow-moving boulders” come up to us, which can linger for a while under the influence of the Earth's gravity.

When such an event occurs, a system of three bodies is formed - the Earth, the Moon and the asteroid. According to the laws of celestial mechanics, such a system is very unstable, and pretty soon a light object will either fall on one of the massive ones, or (with a much higher probability) will be thrown out of the system. This is exactly what happens every time: the “lost” asteroid hangs for some time in the Earth-Moon system, and then goes into space.

Over the entire observation period, the existence of two such quasi-satellites was officially confirmed: 2006RH120 (arrived in 2006 and stayed in orbit for a year) and 2020CD3 (it spent two years in near-earth space - from 2018 to 2020). But in fact, there could be many more such temporary moons.

The thing is that these objects are very small and rather dark, which means that they are almost never seen, not only with the naked eye, but even through a telescope. Therefore, quasi-satellites are detected by chance and, as a rule, already "on departure" - at the moment when the object leaves the Earth.

On the subject: Researchers find the moon is 'rusting': scientists are at a loss

That is why the discovery of a new temporary moon “on the way” has become a big event for astronomers. The asteroid, named by the researchers 2020SO, is approaching us and in October will become the third documented mini-moon in Earth's orbit. The object is not dangerous for us, although its dimensions are decent - from 6 to 14 meters in diameter. But, like all temporary moons, it moves very slowly relative to the Earth. The minimum distance that 2020SO will approach the planet will be 50 kilometers. This will happen on December 000, 1. It is at this point that astronomers hope to study the provisional moon in as much detail as possible.

Meanwhile 2020SO could actually be space debris. Some researchers believe that this could be a flying stage of the American Atlas-Centaur rocket launched in 1966. She was supposed to send an unmanned vehicle to the moon, but the flight then ended in an accident. The dimensions are roughly the same: the rocket stage was 12,68 meters long.

By the way, if you try to be as accurate as possible when counting the satellites of the Earth, it would be nice to take into account one more. Our planet has a so-called Trojan satellite - the small asteroid 2010TK7. Despite the presence in the classification of the word "small", this object is a 300-meter rock, flying around the Sun in front of the Earth in a very similar orbit, but not approaching us closer than 20 million kilometers.