Home Page In the U.S. Trump has COVID-19: how the president is treated

Trump has COVID-19: how the president is treated

On the evening of October 4, US President Donald Trump briefly left Walter Reed Medical Center, after hospitalization due to infection with coronavirusdriving an SUV with closed windows to greet the assembled supporters. Writes about it CBS News. 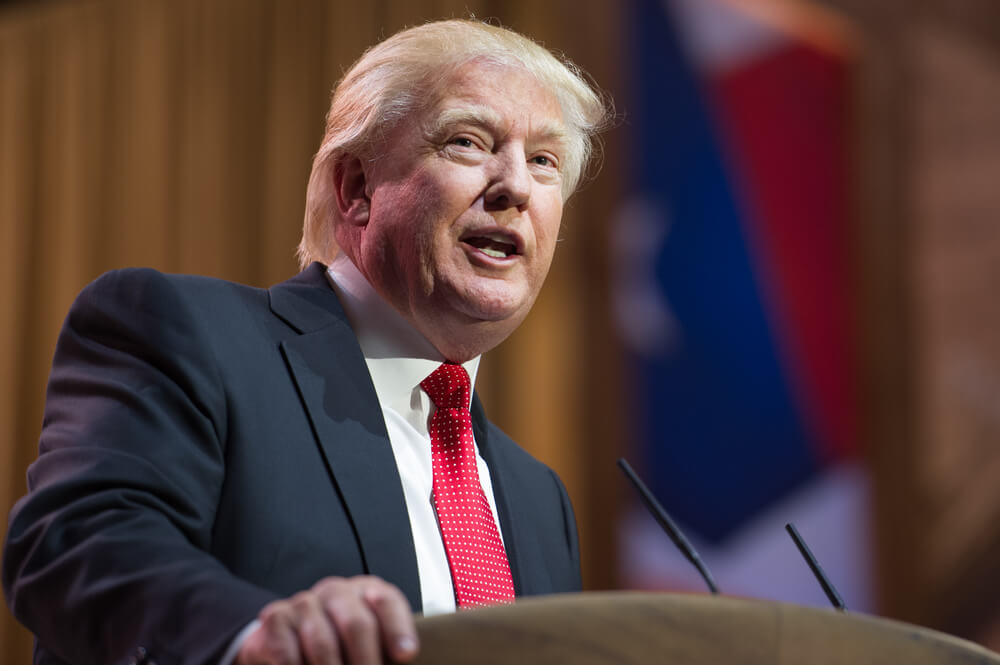 The confusion over the seriousness of Trump's condition continues. Him private the doctor said that the president was given a dose of a potent steroid that the World Health Organization (WHO) recommends only for critically ill patients.

Dr. Sean Conley, a White House physician, said Trump was given dexamethasone on Saturday, Oct. 3, and his blood oxygen levels have dropped twice since the onset of the illness. At the same time, according to research, dexamethasone improves the condition of patients with severe COVID-19, including those who require additional oxygen, but is not recommended for the treatment of patients with mild disease.

This treatment has led some experts to speculate that Trump may have developed pneumonia. Since the president's doctors do not talk about his condition, this forces people to speculate, writes CNBC.

“The treatment protocol indicates that the president has at least mild pneumonia,” said Dr. Vin Gupta, professor at the Institute for Health Metrics and Evaluation at the University of Washington.

Conley said the president's hospitalization was due to the "rapid progression" of his symptoms from Thursday evening to Friday morning. The president had a rise in temperature and low blood oxygen levels. Conley said Trump was given supplemental oxygen on Friday, October 2, before being rushed to the medical center.

On the subject: Trump in the hospital: what they will do if he is unable to fulfill his duties

Earlier, the president's doctor hid the true state of the head of state and did not say that he needed additional oxygen. On Sunday, October 4th, Conley revealed his cards. He explained his silence by the fact that he did not want to darken the positive attitude of the president's team regarding the course of the disease.

In his Twitter, Trump spoke about his condition and added that he now "learned a lot about COVID-19."

“I went through the school of life,” Trump said. - This is a real school, not what you read in a book. Now I understand everything. "

Experts did not approve of Trump's visit to supporters

Trump drove outside the medical center in a black SUV with closed windows. Inside the car, one could see Secret Service agents wearing masks and other protective gear.

“This is crazy,” says Dr. James Phillips, who criticizes Trump and his response to the pandemic. - Every person in the car during this completely unnecessary presidential trip should be quarantined for 14 days. They can get sick. They can die. "

Trump was also given a cocktail of antibodies and remdesivir

According to the doctor of the head of state, the president was also injected with a cocktail of antibodies from Regeneron, writes RBC.

The injection contained 8 g of the drug and was single. In addition to this, the president also took in vitamin D, zinc, famotidine, melatonin, and a daily serving of aspirin.

According to the doctor, the president is tired, "but in a good mood." A medical team is assessing Trump's condition, and it will determine further actions for his treatment.

On the subject: Has America become great again: what Trump has achieved in four years in power

Melania Trump, who also contracted the coronavirus, has a slight cough and a headache. The rest of the Trump family have tested negative for coronavirus.

The US approved remdesivir for the treatment of COVID-19 back in May. The country's chief infectious disease specialist, Anthony Fauci, said the drug had "distinct positive effects" and accelerated recovery.

The effect of remdesivir was also positively evaluated by the World Health Organization: the chief scientist of the health organization Sumiya Swaminathan noted that those who took it recovered faster.

At the end of July, Trump announced that the United States had bought 90% of the world's drug supply, and called its effect "great."

COVID-19, flu or cold: how to recognize the disease by the first symptoms

Trump in the hospital: what they will do if he is unable to fulfill his duties