Home In the U.S. 6 white sharks spotted off the coast of Florida: scientists believe that there are thousands of predators

6 white sharks spotted off the coast of Florida: scientists believe that there are thousands of predators

The shark tracking app revealed 6 large white individuals off the coast of Florida. Experts say that this is normal, since the shark season is now, writes CNN. 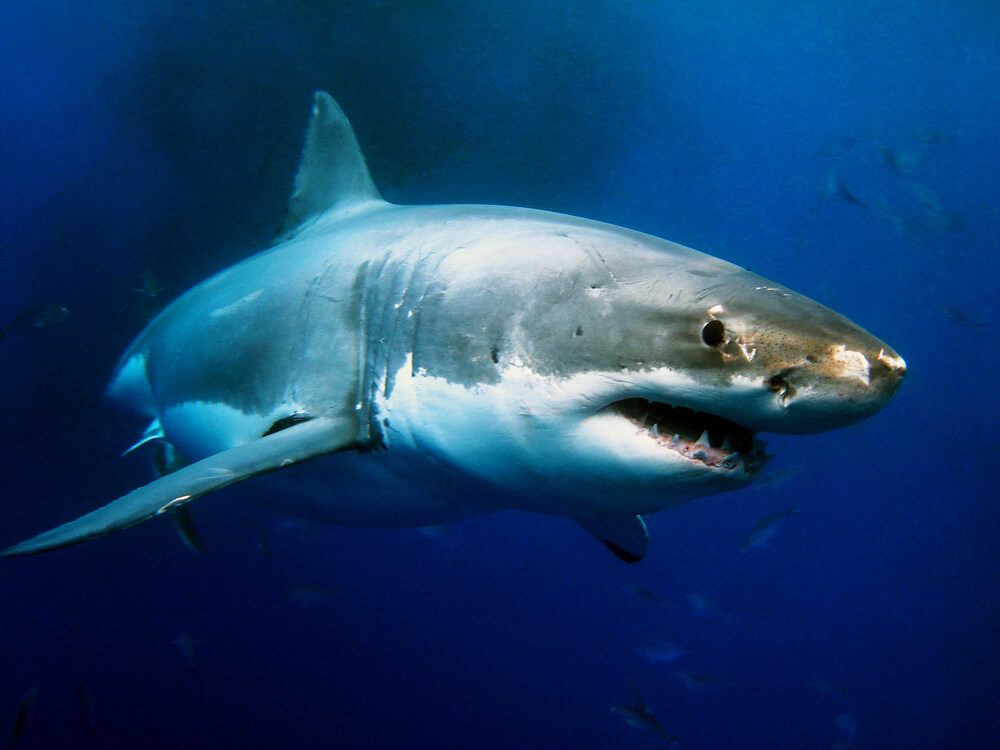 It is enough to see one big white shark, so that most people headlong start to run out of the water. What about six? This is a nightmare (or horror movie)!

OCEARCH, an ocean data collection agency, indicated that half a dozen tagged white sharks had gathered off the coast of Florida. The agency’s tracking tool shows four white sharks off the northeast coast and two more in the southwestern part of the ocean.

Scientists say there’s nothing to worry about.

On the subject: I tried to bite my legs: a cannibal shark attacked a man and got into the video

What is unusual is the number of sharks that the agency can track. In recent years, many research expeditions have passed, which allowed them to discover a lot of previously unknown information about this species of sharks. Sharks named Nova, Sydney, Cabot, Ironbound, Unama'ki and Hudson, were caught and released with implanted trackers that allow OCEARCH to see where they are and track their migration patterns.

OCEARCH founder and expedition leader Chris Fisher said that these 6 sharks can only be the tip of the iceberg - there are probably thousands more sharks that are not attached to trackers in the region.

And, despite all this, people should not refuse to swim just because of the presence of sharks, experts say.

Fisher says shark attacks are very rare, but he recommends avoiding swimming in regions where, as you know, there are groups of seals besides sharks.

Sharks that swim off the coast of Florida

Nova - 3,5-meter adult white shark. She weighs 1186 pounds (538 kg). Over the past week, a predator zigzagged between Jacksonville and Dayton Beach.

It is especially important for OCEARCH because it was the first white shark to which they implanted the chip.

In just two months, Ironbound paved his way down the east coast. The length of this shark is 3,75 meters and weight is 998 pounds (452 kg).

Unama'ki is the only female in the group: the 4,5 meter “lady” has a whopping 2076 pounds (941 kg) of weight. As a mature female shark, she can lead researchers to where she gives birth and open a new white shark nursery.

It was named after the place that the native people of Nova Scotia call Cape Breton, which means "frog land."

Although the life of great white sharks has remained a mystery for a long time, Fisher says that the data collected by OCEARCH over the past few years has allowed them to “crack the code” of this species.

Despite its intimidating reputation, great white sharks are a vulnerable species at high risk of extinction in the wild, says WWF. Its experts say that the reduction in the number of individuals is due to many years of hunting for their fins and teeth, and also because the shark is a welcome catch in sport fishing.

They can also get caught in or caught in commercial fishing nets, as well as nets used to protect beaches.

This influx of new data allowed OCEARCH to disclose previously unknown information about this species, which could lead to increased protection of sharks.

“That the life of a white shark is a mystery is no longer true,” said OCEARCH. - It's a matter of time and a little money. In the next few years, we will have a complete history of the life of the North Atlantic white shark. "

I tried to bite my legs: a cannibal shark attacked a man and got into the video

The story of salvation: a large white shark was thrown ashore, and the fishermen returned it to the ocean

American promises $ 20000 for a tour of the scariest home in the US: so far no one has gone through

Gnawed at metal and jumped: a fisherman filmed a shark attack on video