Home Page At home Thousands of Russians went to the rally for free Internet, the Kremlin blamed the United States

Thousands of Russians went to the rally for free Internet, the Kremlin blamed the United States

Rallies against Internet censorship organized by the unofficial Libertarian Party of Russia were held in Russian cities.

According to the organization "White Counter", 15,3 thousand people attended the rally itself, at the time of the end of the rally there were people outside the scope - their exact number is not known, writes Present Tense. As observers noted, the police slowed down the inspection of those who had come, because of this, the action began a little later. In total, the organizers applied for the participation of thousands of 10 people.

After the rally for free Internet, 13 people were still detained, including Radio Liberty correspondent Andrei Kiselyov. Here is his video from avtozak: pic.twitter.com/iTdtXxW4DN

People with stripes "Druzhinnik" appeared at the action. Some of them refused to speak to the NV correspondent. But according to one of the “vigilantes”, up to 50 such volunteers are working at the current rally at the invitation of the police, they must guard the event and inform the police about “possible provocateurs”.

According to the chairman of the party, Mikhail Svetov, before the start of the action, the police began to take away posters and campaign materials from those who came. For example, an armful of balloons were confiscated due to the fact that it is “an unmanned aerial vehicle and they require a license”, posters with the slogans “For Free Internet”, “Against Censorship” and the backdrop of the scene with the text “Against Isolation of Runet”. According to the organizers, they were not told what was the reason for the seizure of campaign materials. 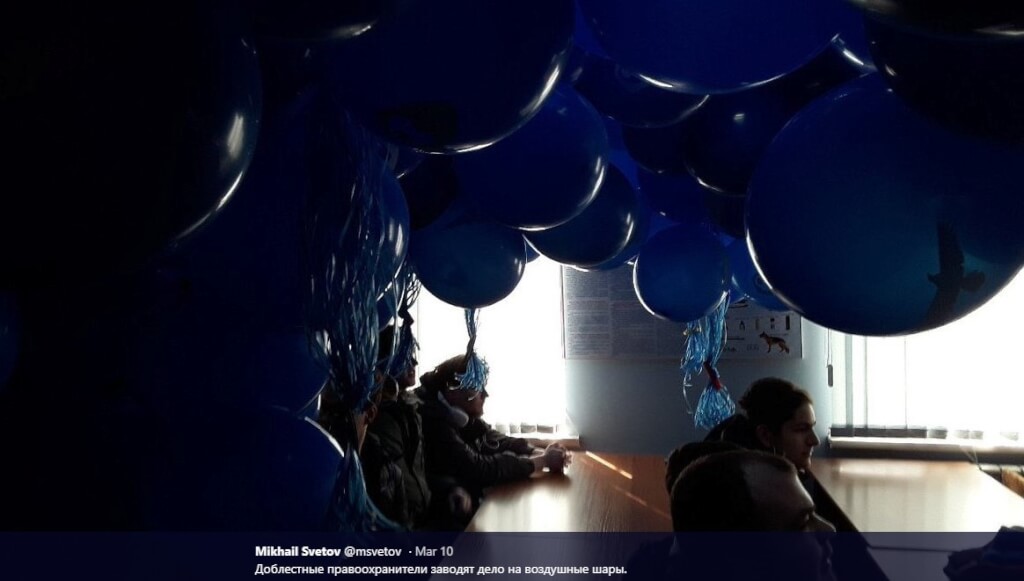 On the same day, meetings for the freedom of the Internet and against the bill of the State Duma on the isolation of the Russian segment, coordinated with the authorities, were held in three Russian cities.

According to local publications, up to 300 people came to the coordinated action in Voronezh. Detention is not reported. 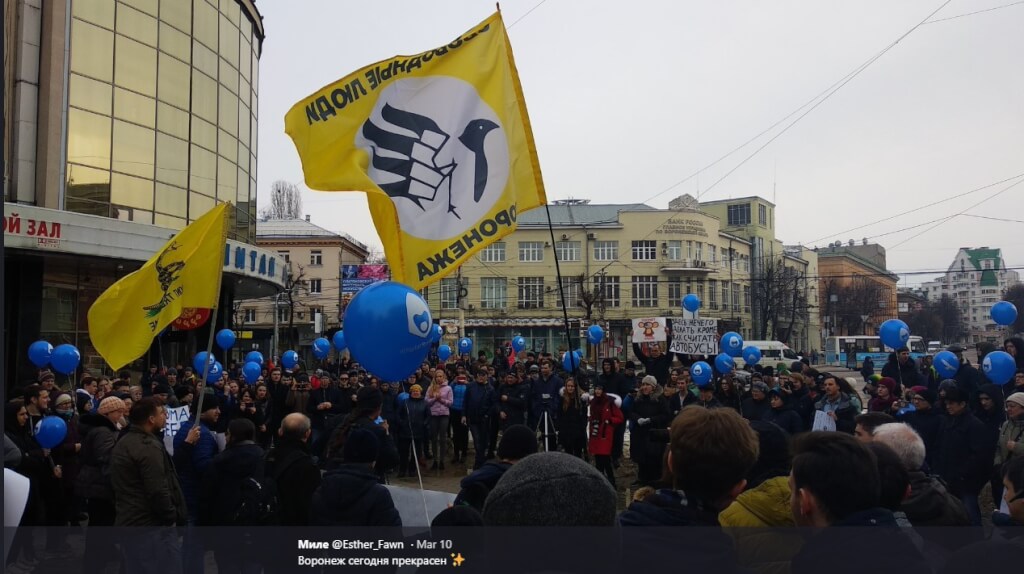 About 50 people attended the rally in Khabarovsk, according to MBKh Media. 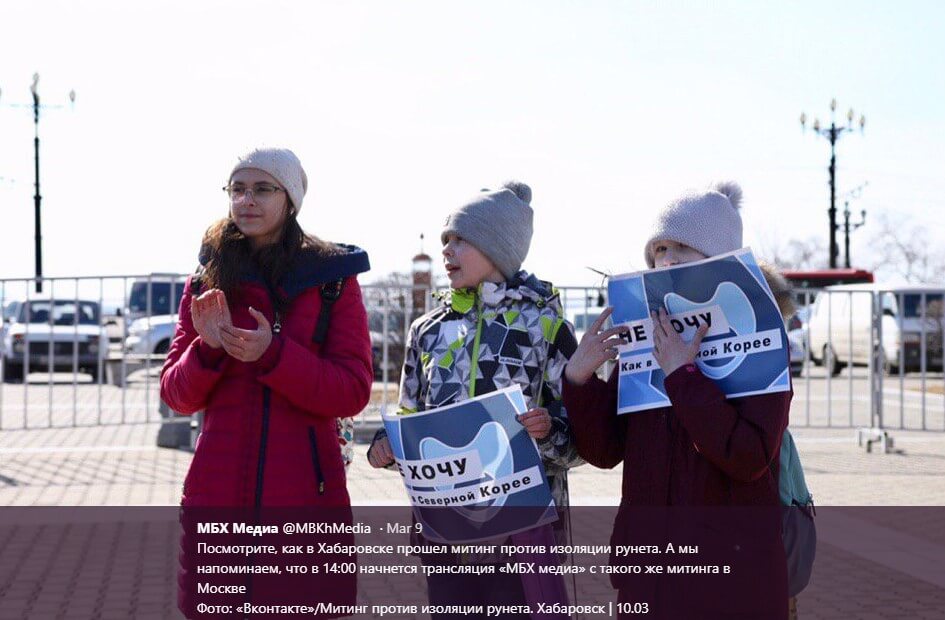 The action was organized by activists of the unregistered Libertarian Party. Pavel Durov, the creator of the Telegram messenger and the VKontakte social network, supported the rally for the freedom of the Russian Internet. Oppositionist Alexei Navalny also made an appeal to come to the rally. Last year, the Libertarian Party already held a major rally in defense of the Telegram messenger, which the Russian special services tried to pressure.

“Russia is not Iran or North Korea, we are part of the civilized world. But the Putin government is doing everything to keep us lagging behind the West. <…> The web of censorship is further and further entwining our life. We are against the adoption of a law on the isolation of Russia from the international network and demand a free Internet, ”the organizers of the current rally said in a statement.

In the capital and other cities of the country, rallies for Internet freedom are being held. According to the organization "White Counter", 15,2 thousand people have already passed the framework https://t.co/6RRG8WxT1l pic.twitter.com/IO7SLgRwTu

The first step to isolate Runet

12 February 2019, the State Duma of Russia adopted in first reading bill to isolate the Russian segment of the Internet. He was proposed by the deputy Andrei Klishas. 334 MPs voted for the adoption of the document, 47 voted against. It is assumed that the isolation of the Internet will require 20 billion rubles.

The authors of the document are Andrei Klishas, ​​head of the Federation Council’s committee on constitutional legislation, his first deputy Lyudmila Bokova and State Duma deputy Andrei Lugovoi (the LDPR faction previously demanded Lugovoi to withdraw his signature, and after his refusal promised to take disciplinary measures against him).

The explanatory note explains that they prepared a law “taking into account the aggressive nature of the US National Cybersecurity Strategy adopted in September 2018”: “Russia is directly and unsubstantiated accused of committing hacker attacks, it is frankly talking about punishment.” According to the authors, Runet will be disconnected from the World Wide Web only in emergency situations.

The Kremlin commented on the action, saying that the rally participants are mistaken about the actions of the authorities, writes Tjournal... According to the press secretary of the President Dmitry Peskov, the bill on the autonomy of the Runet is designed to protect the stability of the Internet from "aggressive actions."

“One of the protesters said that the authorities wanted to press a button and turn off the Internet. This is not true. We have to fear that they will press a button overseas and turn it off, ”Peskov said, referring to the threat from the United States.

The spokesman added that the government and the Kremlin are in favor of a free Internet: "The actions of the authorities are an attempt to insure citizens against blackouts in the event of such a situation."

In Russia, the "most modern robot" turned out to be a man in a suit. VIDEO

A state 'wizard' with a salary of $ 20 thousand a year worked in a small town for 16 years: what did he do