Home In the U.S. Thousands of winners of the green card lottery cannot enter the United States despite having visas

Winners of the DV-2020 green card lottery have created petitions on the White House website asking them to lift the ban that prevents thousands of families from entering the United States, although they have gone through all the necessary procedures and received their legal immigrant visas. You can read the text of these documents here и here. 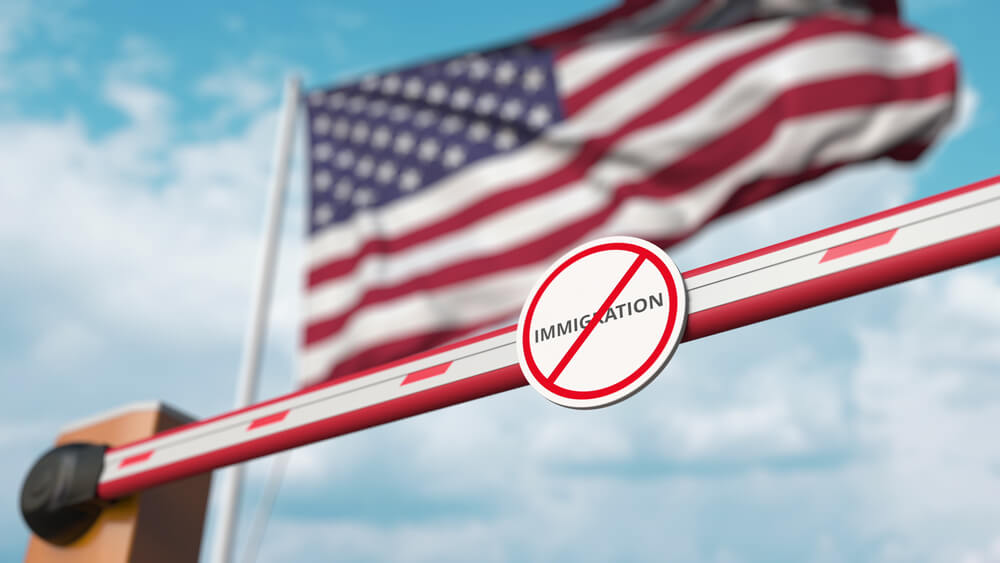 Before obtaining a visa, the winner of the lottery and his relatives, declared in the application form with him, must go through a lot of procedures: fill out forms, make and send scans of documents, undergo a medical commission and a subsequent interview. All this is clearly time-bound and rests on the end of the fiscal year - September 30. After this point, no immigrant visas can be issued to lottery winners. But each issued visa of this category has a validity period. The maximum is six months from the moment of passing the medical examination.

But, when applicants for immigration went through the necessary procedures, the world was overtaken by the first wave of coronavirus. Many embassies have canceled interviews. Some people managed to get through and pay the medical examination, but their immigration interviews were canceled. In April 2020, President Trump issued a proclamation temporarily banning entry to legal immigrants: at that time, it was supposed to last 60 days, that is, there would still be time until September 30. But soon the proclamation was extended until the end of 2020. According to the winners of the lottery, they were shocked: everyone understood that they would not be able to take advantage of the winnings and enter the United States.

On the subject: Trump extended the ban on issuing green cards: details

By attracting public attention and the media, those who did not give up convincing American lawyers of the need to fight. Judge Amit Mehta ruled that despite the temporary inability to enter, the Department of State is obliged to continue the visa process. But this decision was made in mid-September, that is, just a few weeks before the end of the fiscal year. Then more than 5 thousand families received their visas, but their validity expires no later than March 30, 2021.

Visas for which people did not enter the United States before the expiration of their validity become unusable for renewal and cannot be reissued. Many families managed to buy tickets for the beginning of 2021, some flew to other countries to wait there for a trip to the United States. Due to lack of official information, they are stuck in transit airports, families denied boarding flights to the United States.

On January 31, the President of the United States extended the validity of the prohibition against entering the United States until March 2021, 2020, that is, plus one day from the expiration of the last visa issued in September. Thus, according to the immigrants, the president actually canceled the XNUMX green card lottery, blocking all possible dates for the entry of legal immigrants who have traveled almost two years to become residents of the United States.

A large group of winners of the green card lottery, including about 5 families, created petitions on the White House website to draw attention to the problem and make it public. The initiators of the petition ask the newly elected President of the United States, Joe Biden, as soon as possible after his inauguration. cancel a proclamation, lift the ban on aid holders of the DV-2020 visa and instruct immigration agencies to quickly begin work on DV-2021 cases.