A massive fire that forced more than 8 thousand people to evacuate in Southern California led to the appearance of smoke hundreds of miles to the east - because of the smokescreen, Arizona residents saw a bright red sun in the sky, writes Fox News. 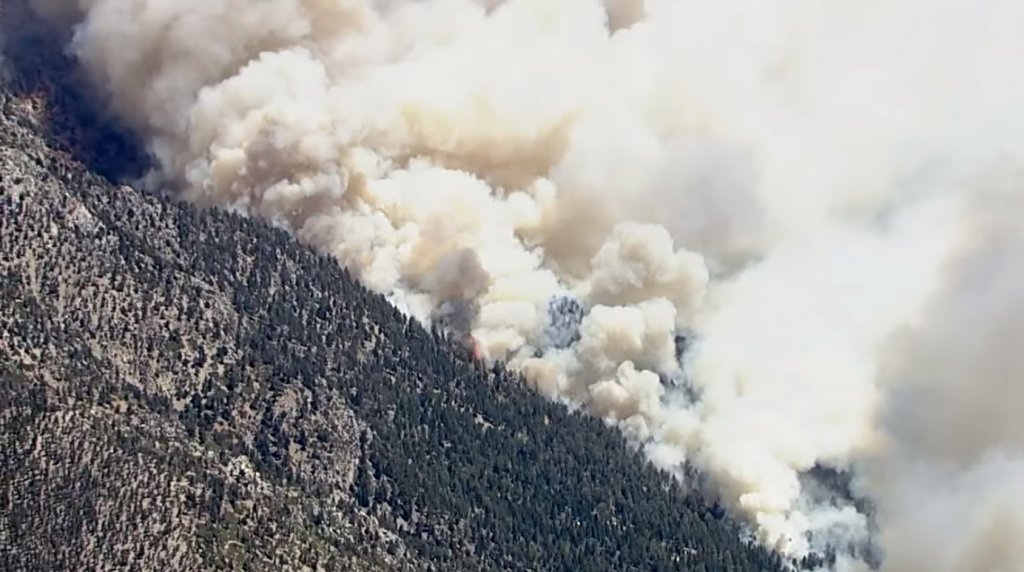 The Apple Fire burned out over 32 square miles (83 square kilometers) in the mountains east of Los Angeles after exploding in size over the weekend of August 1 and 2.

The California Department of Forestry and Fire Protection (Cal Fire) said that as of Monday morning, Aug. 3, the flames were confined to only 5%.

The National Weather Service (NWS) said on Sunday, August 2, that "a large area of ​​smoke" from a California fire is drifting over western Arizona.

Incredible GOES-West satellite imagery showing smoke from the #AppleFire making it all the way to #Phoenix this morning! 😲#CAwx #AZwx pic.twitter.com/lTAALjAXnL

"This smoke is spreading from the Sea of ​​Cortez (Gulf of California), Lake Havasu, Phoenix and Payson," the NWS Forecast Office in Flagstaff tweeted.

On the subject: US $ 10 Billion Natural Disaster Damage for Six Months: Which States Suffer Most

Forecasters said smoke remained stable throughout the day due to light winds and high pressure concentrated over the area.

A large area of ​​smoke is seen drifting across the region on this morning's visible GOES-17 satellite loop. The smoke is coming from the Apple Fire northwest of Palm Springs and east of Los Angeles. #AZWX #CAWX pic.twitter.com/BNCJmfAEys

Residents in the Phoenix area, about 300 miles (more than 480 km) from the California fire, saw a bright red sun in the sky early in the morning.

The Apple Fire in Riverside County began when two fires in the neighborhood were reported in the Cherry Valley area near Beaumont, about 31 miles (85 km) east of downtown Los Angeles on Friday evening, July 137.

Evacuation orders and recommendations were issued for approximately 8 people in mountainous, canyon and foothill areas.

Cal Fire said it was investigating the cause of the fire and destroyed one house and two outbuildings. No casualties were reported.

On Sunday, August 2, officials allowed a fire to climb the slope of Mount San Gorgonio, an 11-foot (000 km) peak, because it was unsafe to allow crews to operate on such steep rugged terrain, according to a Cal Fire spokesman. Lisa Cox.

The huge plume of smoke generated by the flames visible for miles also contributed to the degradation of air quality.

Due to the fire on Monday 3 July, smoke and air quality guidelines for the Coachella Valley, San Gorgonio Pass and Hemet-San Jacinto Valley were circulated.

Breaking: #AppleFire in Riverside County, California, is now 4,125 acres and 0% contained. Over 1,000 homes have been evacuated due to the fire. pic.twitter.com/1SwTHo7yn3

The American Red Cross is helping evacuees by placing them in hotels.

Firefighters fighting the flames are faced with "dangerously hot conditions" that are expected to continue.

Several EVACUATION ORDERS and warnings remain in place. Please visit https://t.co/NNPcufL1ea to search if your address is in an evacuation area. pic.twitter.com/qyV6NMUUqT

# BREAKING: A wild fire burning in #CherryValley has large flames VERY close to homes. The #AppleFire is burning near Oak Glen Road. We've seen one structure burn, a few cars and a boat. @CALFIRERRU is on the ground and in the air fighting this fire. # Sky2 overhead. pic.twitter.com/db1ZGmyQM4

On Monday, August 3, temperatures in the southwest remain high, reaching 110 degrees Fahrenheit or more (43 degrees Celsius and above) with an active warning of excessive heat.

Heat warnings are also common throughout the Great Basin, where high temperatures combined with dryness will pose a fire hazard.

5 household disinfectants that can destroy coronavirus

Dozens of temperature records per day: dangerous heat set in the south of the USA