Home loudspeakers Long, difficult and expensive: difficulties and pitfalls of political emigration to the USA

Long, difficult and expensive: difficulties and pitfalls of political emigration to the USA

Since the adoption of the official program for the admission of Ukrainian refugees to the United States Uniting for Ukraine, the number of Ukrainians trying to cross the southern border of the United States in search of protection has dropped dramatically. Now people fleeing the war can fly to America directly from Europe. 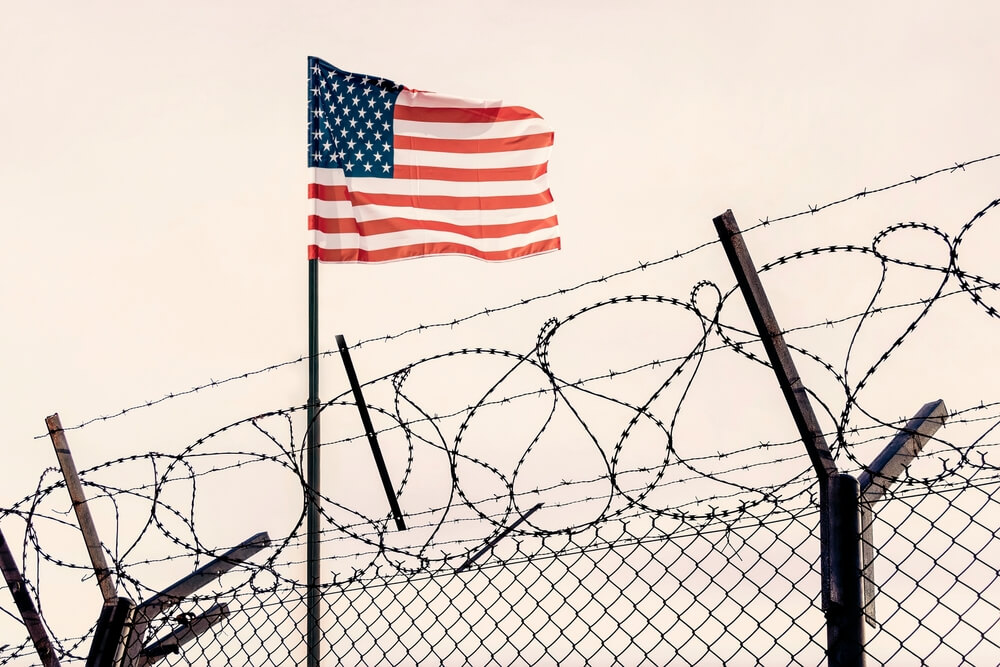 As for Russian and Belarusian political refugees, their flow, on the contrary, increased sharply with the beginning of the invasion, and is unlikely to decrease in the near future, given the number of repressive laws adopted almost daily by the Russian authorities.

"Prison and scrip" in American

It is important to note that the United States is not the easiest country for political emigration. In comparison with European states, several shortcomings of the American system can be identified. First, under American law, all people crossing the border without visas are subject to detention.

On the subject: 'Were bored and returned home': some Ukrainian refugees cannot adapt to a new life in the USA

Since it is now almost impossible to obtain a US visa in Russia, all asylum seekers at the US-Mexico border fall into this category - even if they have properly applied for protection from an immigration officer.

The very fact that you have passed or crossed the border line to make such an appeal makes you an intruder. True, in practice, some of the petitioners are released immediately, allowing them to await trial in freedom. First of all, this category includes pregnant women and mothers with small children. Others are released after spending hours or even days in immigration detention centers at the border.

The least fortunate (most often men) end up in immigration jails under what is known as the "expedited deportation procedure", where they can spend several months, right up to the trial itself.

It is important to consider that the behavior of US border guards varies depending on non-public internal directives, the fullness of prisons and other factors. Thus, the majority of Russians who crossed the border last autumn say that they spent a relatively short time in prison, while by winter the situation deteriorated sharply, and political refugees began to spend at least a couple of months in prison, and then with a guarantor. In some months, officers preferred to detain men, then, closer to January, the number of women was detained, and so on. The matter is complicated by the fact that it is almost impossible to predict what trend will be observed at a particular moment.

Secondly, regardless of whether you came on a visa or requested asylum at the border, the average time to obtain a work permit in the United States is a year.

In fairness, it should be said that some states (primarily democratic ones) turn a blind eye to the illegal work of emigrants, but no one can guarantee this.

In any case, human rights activists and volunteers who help expats advise getting an ITIN number, showing the sources of your income and paying taxes on them, or at least consulting with an immigration lawyer on this topic. Such income may include royalties, incentive payments for volunteer work, and so on. Otherwise, any immigration judge, when considering a case, may well ask: what have you been living on all this time?

The vicissitudes of the order

Thirdly, the term for consideration of specific cases is absolutely not standardized. In the event that you applied for political asylum on the southern border and ended up in jail, a trial date can be assigned to you fairly quickly. However, if you arrived on a visa and applied for asylum while already in the United States, your request should not be considered by the court, but by the US Citizenship and Immigration Services (USCIS) - on a first-come, first-served basis.

The main difficulty lies in the fact that this order itself often changes.

For example, by 2014, a backlog had already accumulated in the American immigration system, as a result of which the duration of consideration of cases varied in different states from 2 to 5 years. In 2018, the Donald Trump administration dramatically changed its migration policy, and newly incoming cases began to be considered in the first place, literally in a few months, while the old ones “moved away” even further.

As a result, there are cases when applicants received political asylum within a year or two. There are also many examples where people who got into the backlog have been waiting for their cases to be considered for more than seven years. Another problem with the backlog was the inability to track the dynamics of the movement of cases online, since officers access them rarely and non-systematically, not being able to be distracted from the current queue for a short time. Whether you get into the backlog or, conversely, into the stream of priority cases for consideration depends on banal luck.

A long waiting period, in turn, is fraught not only with the psychological torture of constant uncertainty, but also with the fact that it is not counted in the period calculated before the right to apply for citizenship. This period begins to run only from the moment you receive asylum (a year before a green card, and five years before citizenship).

Of course, all the time before this, the applicant is in the United States legally.

Theoretically, he can even leave the country, however, having previously received the so-called "Advance Parole" - a document allowing re-entry into the United States.

However, in practice, immigration lawyers most often advise against using this right unless absolutely necessary, since unofficially such a departure may affect the decision in your case. If, while waiting, your Russian (or Belarusian) passport expires, the very fact of applying to the consulate for its renewal may become the basis for denial of asylum. Without a passport, you will not be able to leave the country even if you have an advance password.

Looking for a sponsor

If you still decide to apply for asylum on the southern border of the United States, you should find a guarantor in advance. At the time of crossing the border, you just need to provide the border guard with the number of your acquaintance living in America, who is ready to confirm that he knows you personally and is ready to become your sponsor for the first time. No documents are required from such a sponsor to confirm his status in the United States or income level.

However, if the officer does not get through to your sponsor, or talking to him does not convince him, and you still end up in immigration jail, you should find someone who is willing to do much more for you. In particular, the guarantor (by himself or through a lawyer) must send a letter to the prison administration, where he undertakes to provide the refugee with money and food for the first time, as well as documents confirming his status in the United States, income level, housing, and so on.

Of course, the sponsor is not obliged to support you if you yourself do not insist on it, and his help, as lawyers note, does not prevent you from applying to the state for benefits. However, in practice, a situation may arise when the sponsor will have to provide you with real help - for example, if immigration officers ask him to purchase tickets for you in order to get to the guarantor's house.

That is why it is better to look for sponsors not just among acquaintances, but among those who are ready to provide you with at least a small friendly service.

In a word, the bureaucratic difficulties faced by refugees arriving in the United States can indeed cause serious difficulties at first.

However, it is impossible to argue with the fact that the mere presence in the United States already provides reliable protection from political persecution at home.

Immigrants will destroy the sound [th] in English