Three stories of Georgians who have succeeded in the USA

Draft edition Sputnik “Georgians Abroad” told the stories of three people who moved to the United States and achieved success in their field. At the same time, despite their new place of residence, they do not forget about their native country. 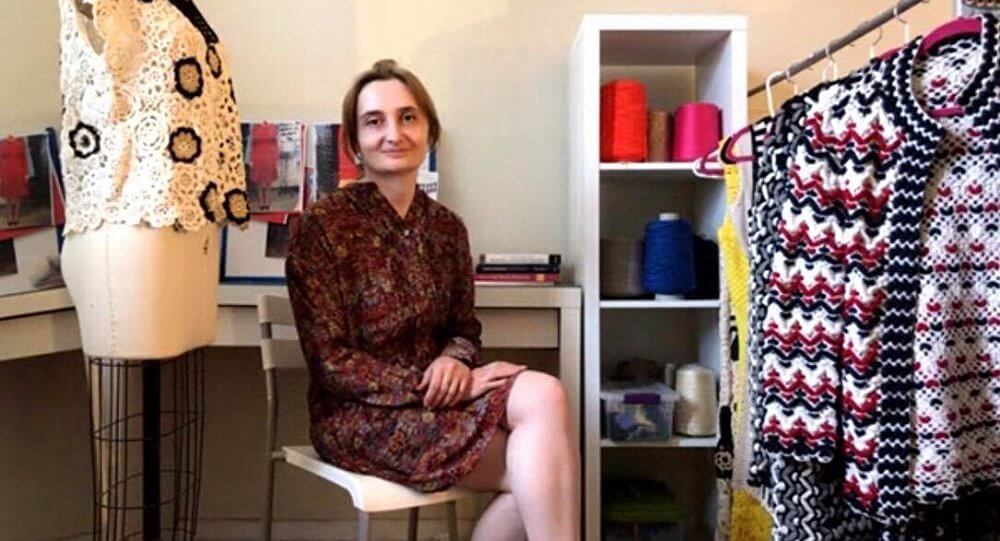 A biologist by profession, she has been working in the plant protection service since the end of the nineties for almost seven years. At the same time, she was always interested in drawing and needlework. However, she could hardly have imagined that she would someday work in a fairly well-known design studio in New York.

“I came to the USA for the first time in 1999 and stayed here for a whole month. If I'm not mistaken, the program I won was called the Cochran fellowship program. Then I got to know the local agricultural system, crop research and pest control methods, ”recalls Nino.

Nino's American life began with 2004. Departure from Georgia was due to many factors. In particular, financial - despite the fact that she had her own family, she was still dependent on her parents. In addition, she could not self-actualize. At the time of moving to America in Georgia, she left three children.

In 2008, Nino registered her company, NK International Designs, which knits clothes for famous designers. Its customers were Oscar de la Renta, Calvin Klein, Donna Karan, Tommy Hilfiger, Caroline Herrera and others. The clothes, created by her for designers, appeared on the pages of Vogue magazine. 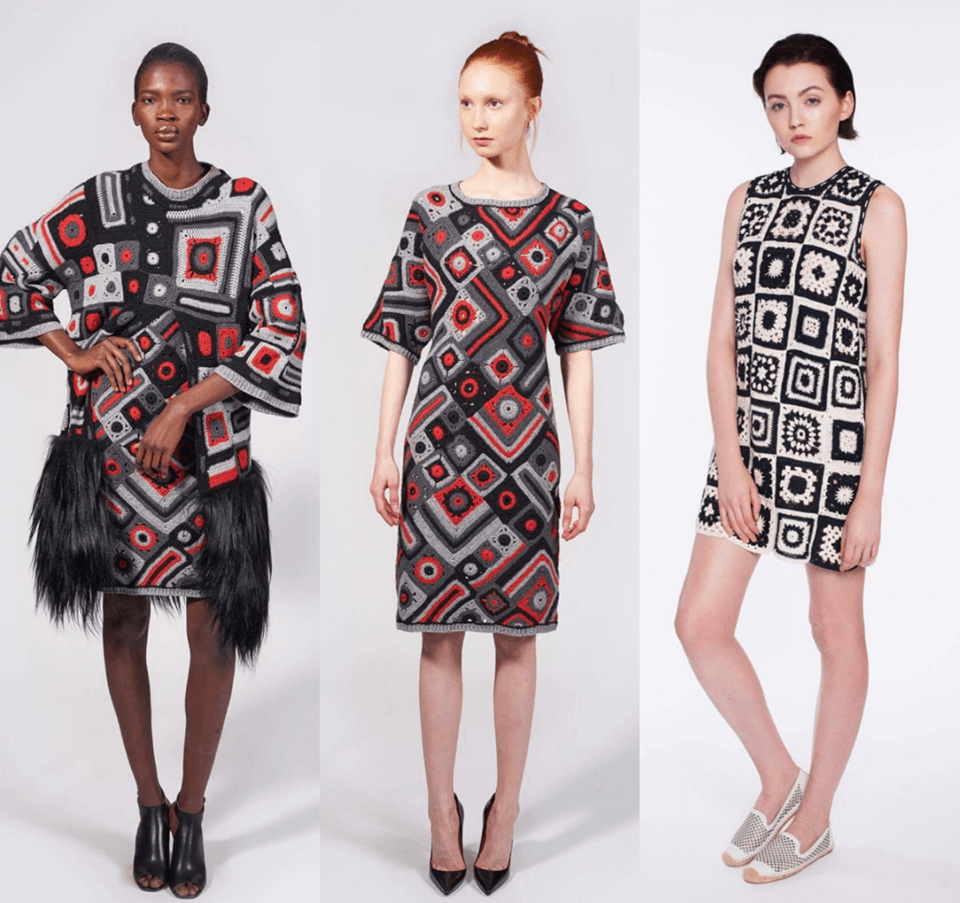 “Despite the fact that I was only a performer, it is very pleasant to find clothes I made for various designers on the pages of Vogue and W magazine,” Nino recalls.

All the clothes that her company sells are handmade. Therefore, we are not talking about any kind of mass production, most often there are only two or three products of the same model.

Her last exhibition was held about a month ago in the Georgian cultural center "Dancing Craid".

“I seem to have settled down well here ... The only thing that I cannot get used to is the New York subway, which, in my opinion, works very poorly. I go to Georgia every year, and during my stay there I get the feeling that I haven’t gone anywhere and just returned home from work, ”Nino said.

Start drawing Nick Tsevelidze forced nostalgia in emigration. And he draws without a brush and a pencil - with his fingers. 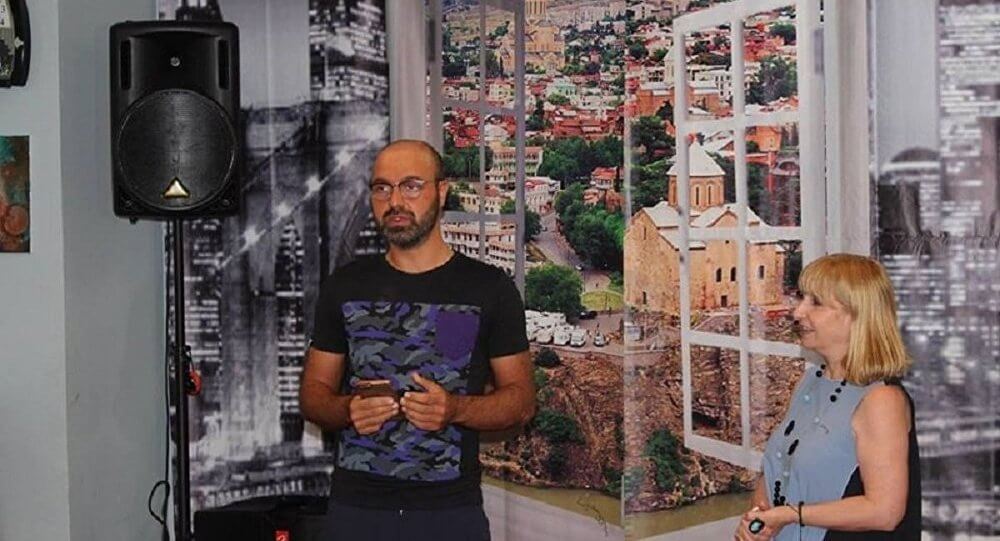 “Yes, I paint without pencil and brush. I am self-taught, and drawing with a brush, in my opinion, requires special knowledge that I did not have. Therefore, this manner of painting made things easier for me to a certain extent, ”says Nika.

He made the first drawing at the urgent request of his friend. And the work was successful. Later he tried again and realized that he should not stop.

He says that drawing without a brush evokes unusual feelings in him, because with tactile contact directly with the canvas, it is easier for him to “express” his emotions in the drawing. 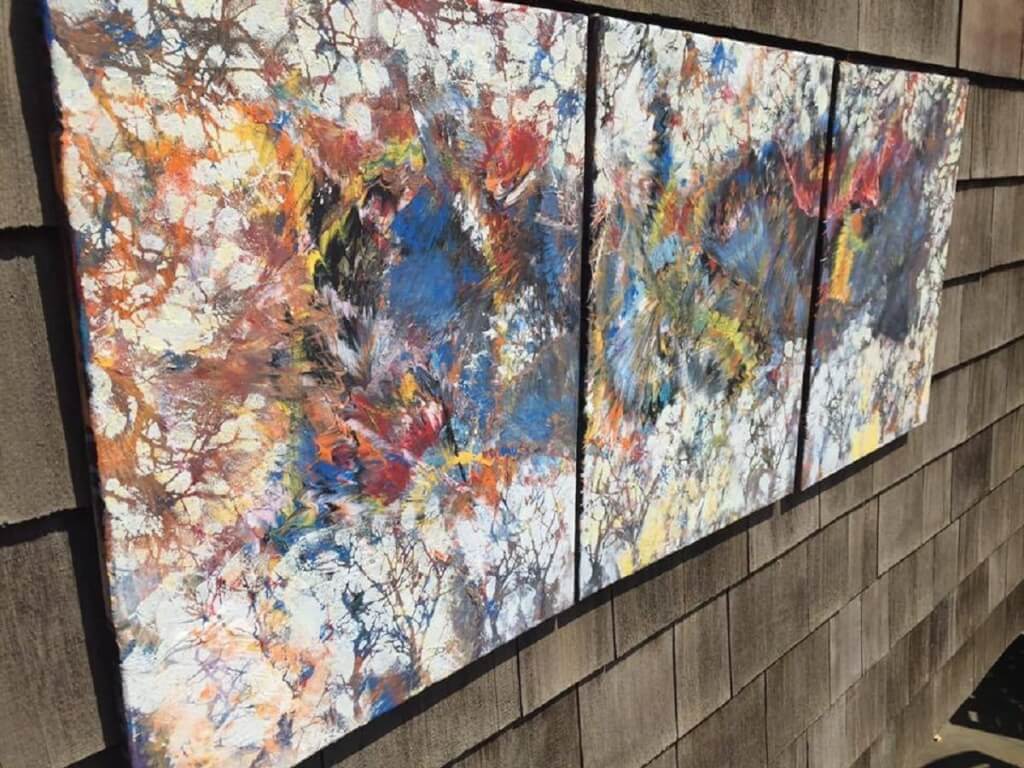 He has already written about 40 paintings, the themes of which are his own emotions.

The first exhibition of his drawings was held in New York, at the Center of Georgian Culture, operating under the company "DANCING CRANE". The visitors were mainly Georgian emigrants. There were also representatives of the Consulate of Georgia, Georgian actors.

“A person should use any test in life to his advantage. My stay in emigration and previously unexplored emotions prompted me to start painting, ”says Nika. “I confess that in a foreign country the memories“ brought ”from Georgia help me a lot. They will never fade ... " 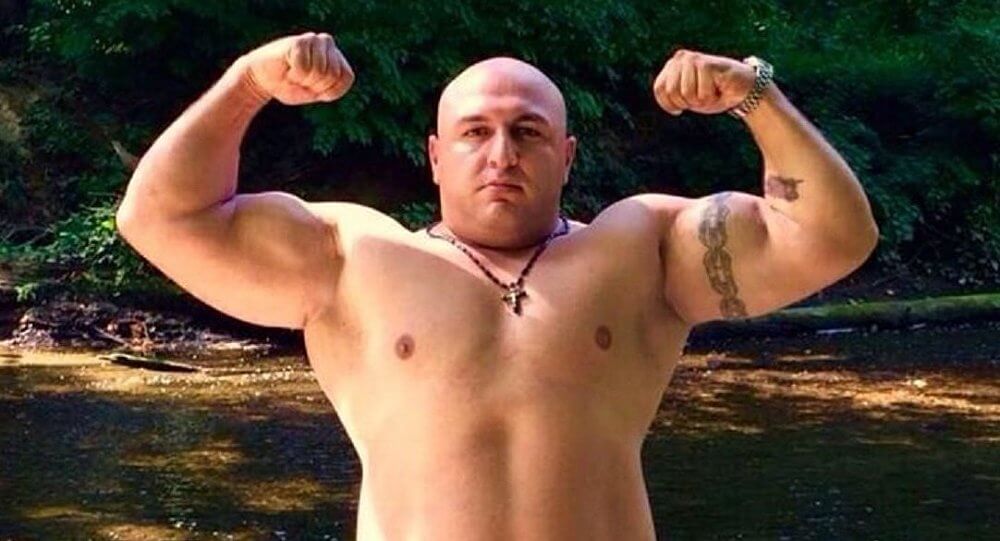 He was born and raised in Guria. A large and strong body among peers, he stood out from childhood. He became interested in sports at school age, but then he began to train. With 15 years already actively involved in sports life. At first it was difficult for him to make a choice, thinking in which direction to go. Interested in bodybuilding, arm wrestling, bodybuilding. 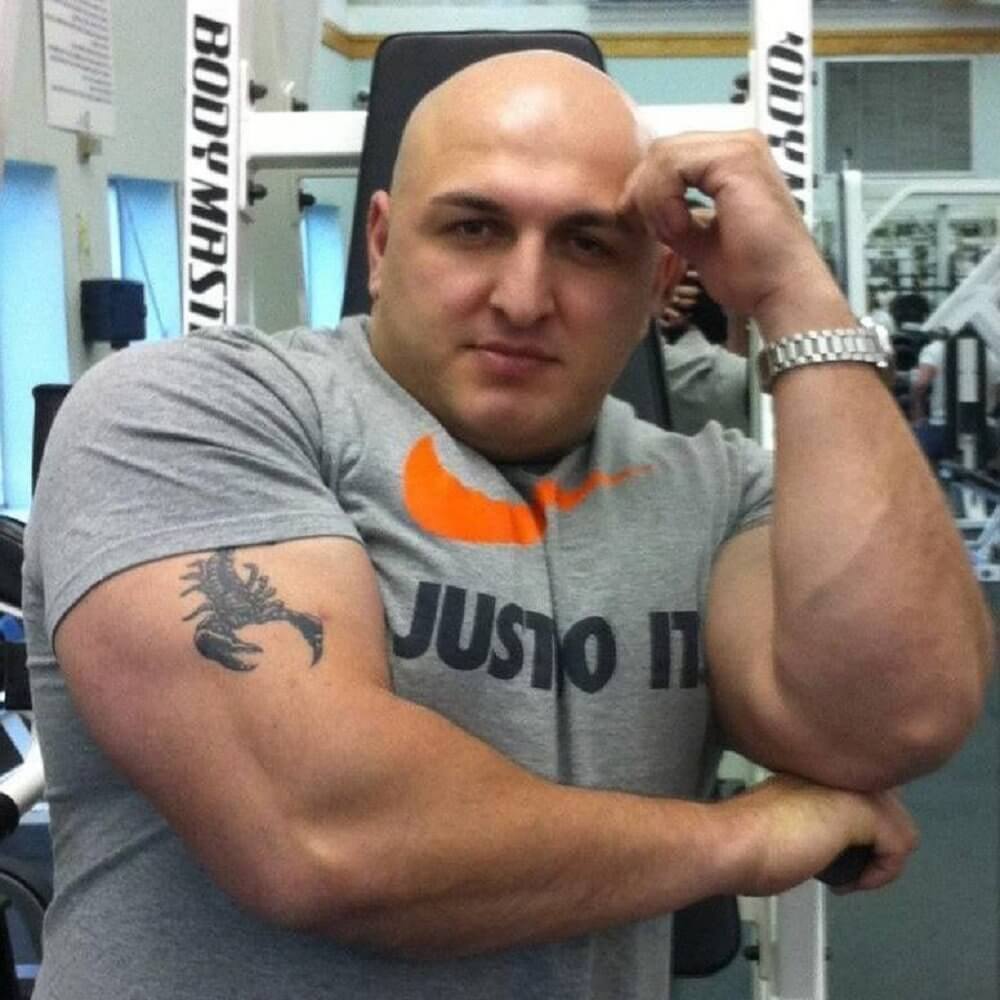 Today Iago Intskirveli lives in Philadelphia. He has achieved quite a lot of success in bodybuilding and arm wrestling.

The chronicle of his successful sports career began in 2005, when he became the winner of many prestigious competitions in the United States. In 2007, Strong Man took first place at the US Open and was awarded third place in 2008. In 2009, Iago Intskirveli won the title of the best athlete of the year in arm wrestling.

“I'll tell you about one case. In 2009, when I visited Atlantic City for the second time (this time to participate in an arm wrestling competition), I met friends. One of the participants asked me - they say, you perform either in armwrestling or in strong men. I replied that you shouldn't be surprised to see me swimming, because I swim well too. And during this conversation I thought to myself: if he knew that now I was hungover, I would have gone completely crazy ... In the end, at the “Best armwrestler-2009” competition I took pride of place! ”- recalls Iago. 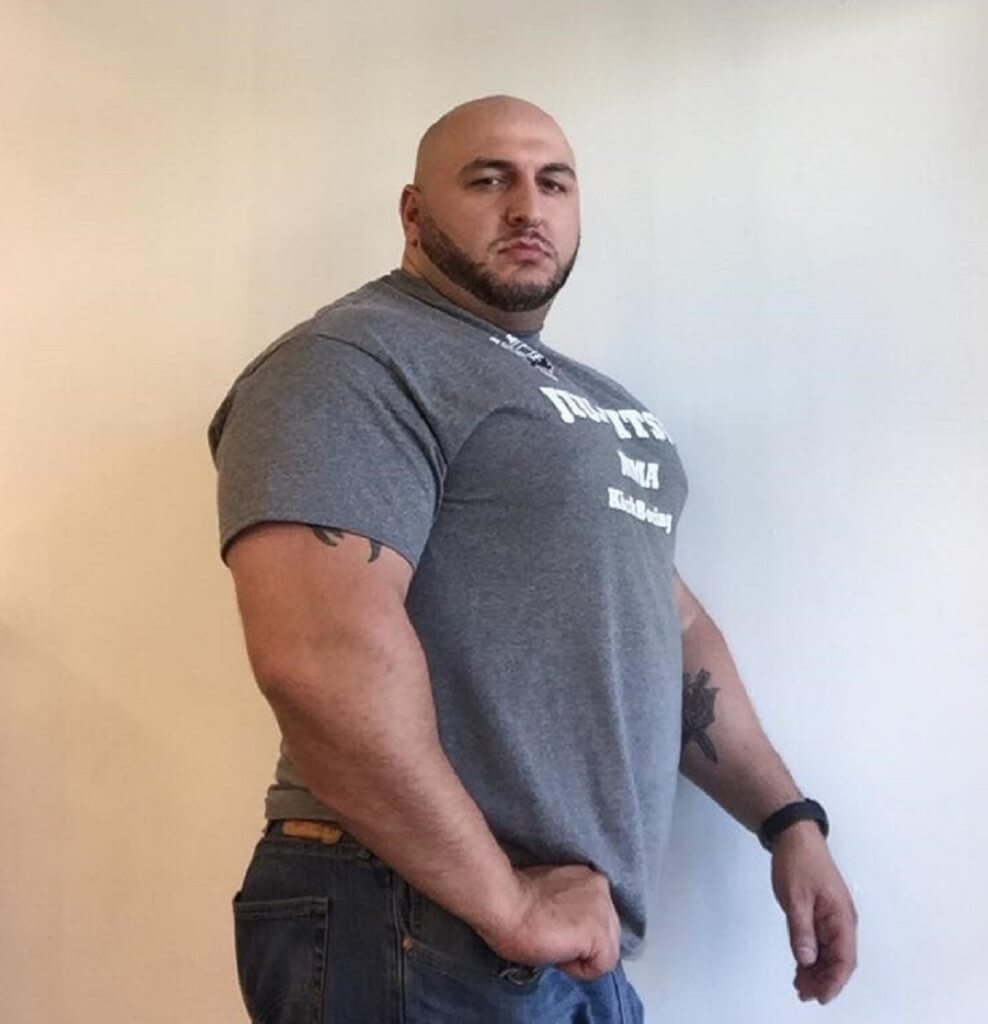 In 2012, Iago Intskirveli took first place in bodybuilding. In America, he has long been awarded the title of "strongest man." In addition, Iago sings, writes poetry and songs.

“I think every person has weaknesses. I confess that these are representatives of the opposite sex ... If not for this, I probably would have achieved more. After all, everything takes time, doesn't it? " - thinks Iago

Iago always helps the Georgian spirit in enhancing the fighting efficiency, and it gives him a lot of strength that they support him.

“It’s enough to hear“ Georgia! ”Just once, and I’m ready to fight to the end!” Iago says with confidence.