Home In the U.S. Trump officially nominated for re-election: speech of the president at the convention

Trump officially nominated for re-election: speech of the president at the convention

The incumbent President of the United States, Donald Trump, was officially nominated for a second term. The National Convention of the Republican Party was held in Charlotte, North Carolina. The US leader made a speech to the participants. Writes about it "Voice of America". 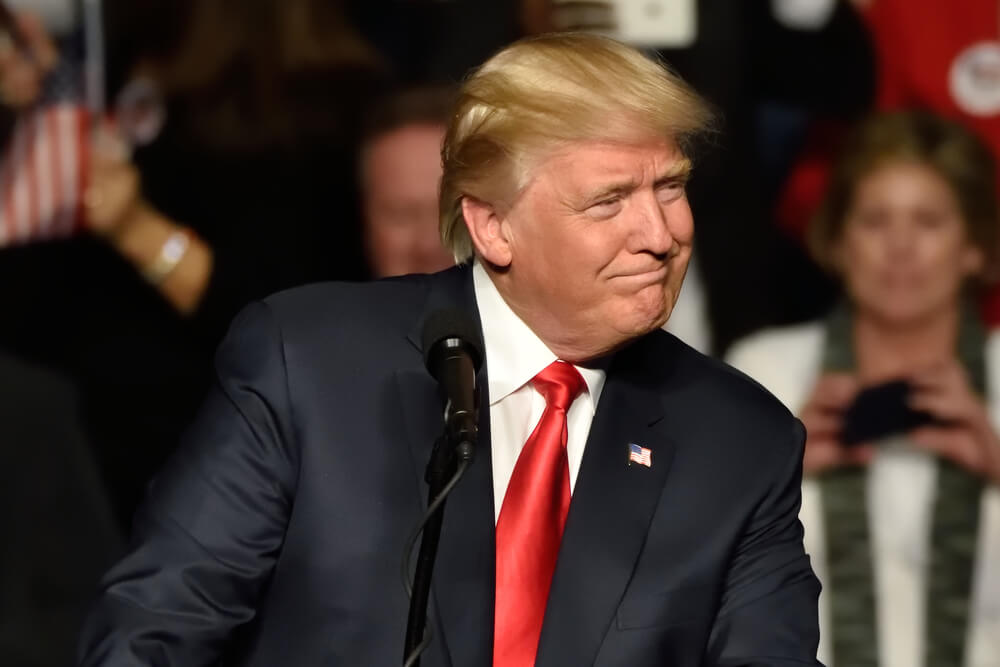 “These are the most important elections in the history of our country,” the head of state said.

Shortly before the speech, the results of the vote of congress delegates from all states became known - Trump was officially nominated for re-election. He won enough votes to run in the presidential elections on November 3.

At the National Convention, the US President thanked the participants for their support, addressed them with a recorded video message, surrounded by six former hostages released during his administration. Trump stressed his willingness to "speak up for Americans in any part of the world."

The rescued prisoners were surrounded by a dozen other people, whose release was taken care of by the Donald Trump administration. Among them are Mike White, Sam Goodwin, Pastors Andrew Brunson and Brian Nerran, Joshua and Tamara Holt.

“We brought you back. We brought you all back, ”Trump said. "There are a few more people we are working to bring back right now."

On the subject: Trump or Biden: whose victory is predicted by scientists who guessed the results of the US elections more than once

The head of the White House also thanked Turkish President Recep Tayyip Erdogan for the fact that he and his aides facilitated the release of American Pastor Andrew Brunson in 2019 after he spent several years in prison.

“I have to say that, from my point of view, President Erdogan was very good,” Donald Trump stressed. - We talked several times, and he agreed to help. We appreciate it and thank the people of Turkey. "

Speeches in support of Donald Trump

Delegates who attended the GOP convention made an appeal to the American people to support President Trump's candidacy. They said that the victory of the Democrats in November "will not lead to anything good, but only to a worsening of the situation in the country, a political crisis and instability, and problems in the economy."

Donald Trump's campaign headquarters said that every day, starting Monday, August 24, political leaders, as well as "ordinary Americans", whose life stories are "filled with hope and patriotism," will speak at the convention.

In addition to them, on Monday there was a speech by Mark and Patricia McCloskey, who were accused of illegal use of firearms. A married couple outside their home threatened a crowd of Black Lives Matter protesters. McCloskey criticized the Democrats for not "protecting honest citizens from criminals."

“This kind of policy comes to the area next to you,” McCloskey said. "So make no mistake: no matter where you live, your family will not be safe in Radical Democratic America."

On the subject: Just about the difficult: how the president is elected in the USA

US Vice President Mike Pence will deliver a speech on Wednesday. The event will take place in Baltimore, at Fort McHenry. In this place in 1814, the American military defended the young state from the British army. These battles became the inspiration for writing a poem, which later served as the anthem of the United States.

On Thursday, the President of the United States is due to give a speech to accept the nomination. Before that, Housing Minister Ben Carson, Adviser to Head of State Ivanka Trump, Senate Majority Leader Mitch McConnell will take the floor. It will also be possible to hear the speech of the leader of the Republicans in the House of Representatives Kevin McCarthy and Senator from Arkansas Tom Cotton.

In response to Trump and other Republicans, Democrats created satirical advertisements that ridicule the party convention.

“Welcome to the Republican national chaos,” reads the text in a voiceover in the short video. - With Trump facing the pandemic with job-destroying incompetence and deadly mismanagement, students and teachers are on their own. The unemployed were left without saving aid, grandparents die alone, and the economy is dying. "