Home Page In the U.S. Trump infected with coronavirus: he is at the highest risk of complications

Trump infected with coronavirus: he is at the highest risk of complications

On the night of Friday, October 2, US President Donald Trump announced that he and the first lady had tested positive for the coronavirus. It instantly became the news of the day, especially given the fact that most of the time over the past six months, Trump has neglected the recommendations of experts to prevent the spread of the disease. CNN. 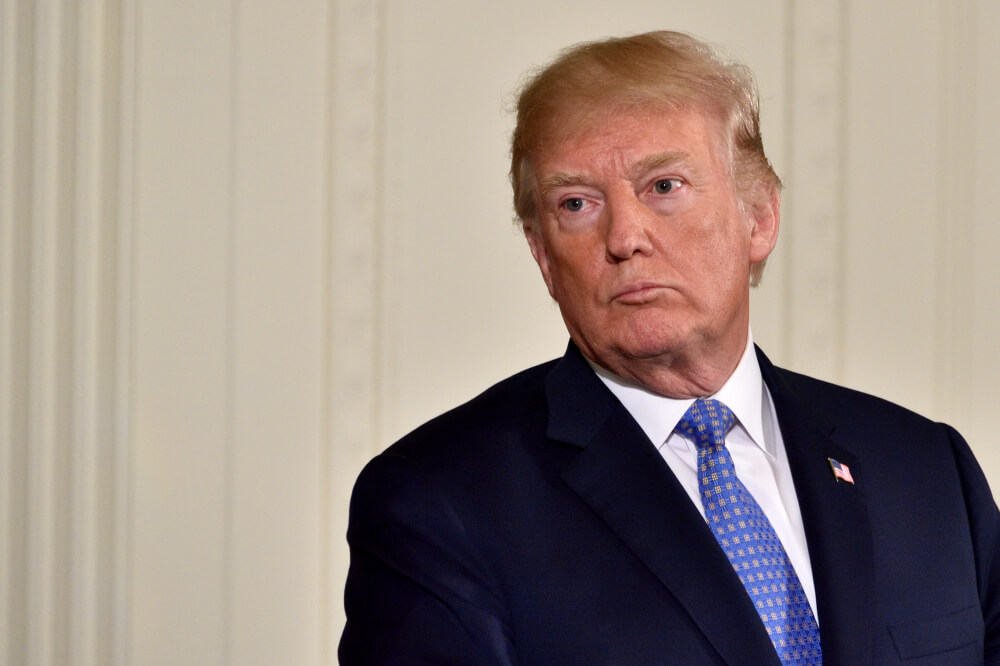 This diagnosis represents the most serious threat to the health of the current American president in decades. At 74, the obese Trump is among the most at risk of serious complications from the disease, which has already killed more than 200 Americans and over 1 million people worldwide.

Infection of the head of state can destabilize the already tense political climate in the country. Stock market futures have already dropped due to news of Trump's infection.

“Tonight, the first lady and I tested positive for COVID-19. We will start quarantine and recovery process immediately. Let's get through this together! " - wrote Trump on Twitter at almost 2 am on October XNUMX.

Melania Trump later tweeted that she and her husband are doing well.

Trump was last seen in public on Thursday afternoon, October 1, when he returned to the White House after a trip to New Jersey. The country's leader did not look sick, although he did not communicate with journalists when he entered his residence.

In a memo, released to reporters around 1:XNUMX AM ET, President Sean Conley's physician wrote that he received confirmation of positive tests on Thursday evening, October XNUMX.

“The President and the First Lady are doing well now. They plan to stay in the White House during their recovery, ”wrote Dr. Conley.

“The White House medical team and I will be vigilantly monitoring their condition. I appreciate the support provided by some of the greatest healthcare professionals and institutions in our country, ”Conley wrote, but did not specify what kind of assistance it was talking about.

“Rest assured, I expect the President to continue to carry out his duties without interruption during his recovery, and I will keep you informed of any further developments,” he wrote.

Late Thursday evening, October 1, the President announced that he intends to introduce quarantine. This decision arose after one of his closest aides, Hope Hicks, tested positive for a dangerous infection, after which the disease got into the president's inner circle. He had previously played down the ongoing spread of the virus.

"The end of the pandemic is not far off," Trump said during earlier recorded remarks at Al Smith's annual dinner, which this time focused on the health crisis.

While the White House often cites regular testing of the president as “the most tested person in the country,” as well as his team, the fact of the infection emphasized that one should not rely only on testing to prevent infection.

Trump and many of his aides avoid practices such as social distancing and masking. During the presidential debate on Tuesday evening, September 29, the president ridiculed his rival, Democratic candidate Joe Biden, for wearing a mask frequently.

After announcing the president's diagnosis, the White House has released a new schedule reflecting several canceled events for Friday, October 2, including a fundraiser in Washington and a rally in Florida.

During his presidential campaign, Trump has often tried to paint a rosy picture of the situation, including just hours before announcing his diagnosis. He has also reiterated on numerous occasions that the virus will "disappear", although even health experts in his own administration have said these claims do not reflect reality.

Infection with the coronavirus will have little effect on his claims that the disease is waning in the country, it will affect the desire to reopen schools and businesses in the states. During recent rallies, Trump complained about Democratic governors who support stringent restrictions to prevent the spread of the virus.

On the subject: 'America will remain sick and lonely': trump officially announced the US withdrawal from WHO

In the risk group

During the pandemic, Trump blatantly disregarded medical advice from his own coronavirus task force and continued to work with a busy schedule of crowded campaign rallies. For example, recently his supporters participated in similar events in Minnesota and Pennsylvania.

Now these events have been suspended for the time being, and the president is in the White House. According to the latest medical examination of the president, who has long been cautious about releasing the data, he weighs 243 lbs (110 kg), which is considered obese for his height. However, Conley said he was "in very good health."

In addition to Hicks, several presidential aides have previously tested positive for coronavirus. In May, two White House employees, in particular one of Trump's personal valets, tested positive, and in July an employee of a cafeteria inside the White House became infected. The vice president's press secretary was also infected, as was the president's national security adviser Robert O'Brien. Last month, the head of state confirmed a fourth positive case in the White House.

According to one of Trump's interlocutors, the president had previously expressed concern that aides infected with the coronavirus would undermine his idea that the outbreak is weakening and states should expedite reopening.

And in the spring he asked how it could have happened that one of his valets, who was responsible for preparing food and drinks, could contact him.

Since then, the White House has gone to great lengths to keep Trump and Vice President Mike Pence free of infection, especially when they travel to states where cases are on the rise.

Coronavirus at the presidential aide

Recently, Hicks has traveled with the head of state several times, including the debate in Cleveland on Tuesday, September 29. She was spotted aboard Marine One along with several other closest aides to the president - Jared Kushner, Dan Scavino, and Nicholas Luna. And none of them wore masks on Wednesday, October 1, when Trump headed to the Minnesota rally.

The US Centers for Disease Control and Prevention guidelines say that after known contact with someone who has tested positive for COVID-19, a 14-week quarantine should be followed, since the incubation period for coronavirus is a maximum of two weeks.

Trump, in an interview with Fox News, suggested that Hicks may have contracted the virus as a result of interactions with presidential supporters.

“This is a very warm person. She has a hard time when soldiers and police come up to her. She wants to treat them well, not say, "Stay away, I can't come near you." This is a very, very serious illness, ”he said.

A source close to Hicks told CNN that she was showing characteristic symptoms and returned to Washington. A source familiar with Hicks's condition describes him as weakened and “very bad”.

“The President takes his health and safety very seriously, as does everyone who works to support him and the American people,” White House spokesman Judd Deere told CNN when asked about the level of contact between Hicks and Trump.

After the announcement of the president's infection, the Americans rushed to the Internet network to check if this was fake information, writes News18.com.

"Whether Trump tested positive for COVID" - this phrase became the main query of Google a few minutes after the president posted his tweet about the infection.

However, there was something else: people were looking for a “prediction” for Trump's sitcom The Simpsons.

The American sitcom "The Simpsons", in which eerie "predictions" for the real world appear from time to time, began to gain popularity on Twitter. And in the summer, an animated picture with Trump lying in a coffin appeared on the network.

A couple of months ago, users discovered that The Simpsons predicted the day of Donald Trump's death on August 27th.

How did it happen? In June of this year, a woman posted a video on TikTok to ridicule conspiracy theories and said something important was about to happen on August 27. In her video, oddly enough, nothing is said about Donald Trump, and even more so about his death. The video quickly went viral and somehow connected to the reworked animation with Trump in his coffin.