Home In the U.S. Trump Wants to Repeal US Constitution to Change 2020 Election Results

On December 3, Donald Trump called for the termination of the Constitution to reverse the results of the 2020 election and restore his power. He continues to deny the election results and promotes conspiracy theories, reports CNN. 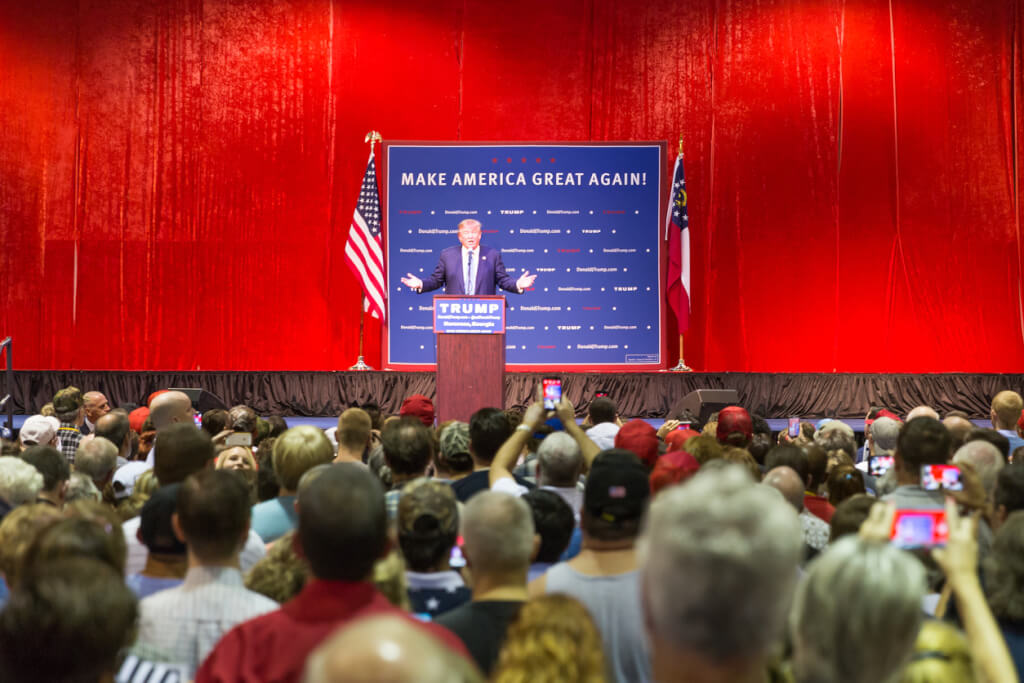 “Do you ignore the results of the 2020 presidential election and declare the right of the winner, or do you have new elections? Massive fraud of this type and scale allows you to cancel all the rules, regulations and articles, even those contained in the Constitution, Trump wrote in a post on the Truth Social social network and accused Big Tech of working closely with the Democrats. “Our great ‘founders’ did not and will not condone false and fraudulent elections!”

On the subject: In Russia, foreigners began to issue subpoenas to the military enlistment office and threaten to take them into the army by force

Trump's message came after the release of internal Twitter management emails. The correspondence refers to a New York Post article from 2020, in which journalists revealed the contents of documents found on the laptop of Joe Biden's son, Hunter Biden. There was a lot of scandalous information in these documents.

For days, Twitter owner Elon Musk has been teasing a mass exposé based on internal company documents.

The documents, he claimed, would reveal "what really happened" inside Twitter when the company decided to temporarily hide a 2020 New York Post article about Hunter Biden and his laptop. This article told about the former VP's dirty dealings United States in Ukraine, thanks to which his son Hunter Biden joined the board of directors of a Ukrainian energy company, while having no experience in the energy sector. The data was retrieved from Hunter's laptop.

Journalist Matt Taibbi, who was provided with the emails, went public that Twitter staff feared the Post article could be the result of a Russian hacking operation. CCN.

Twitter's legal, political, and communications teams debated whether the article should be limited to the company's hacked content policy. It was weeks before the 2020 election when Joe Biden, father of Hunter Biden, was running against then President Donald Trump..

While some employees were dubious and warned that Twitter would be accused of anti-conservative bias, others at the company, including senior officials, said the circumstances surrounding the Post's story were unclear. They advised caution, according to screenshots of internal messages.

In an interview with journalist Kara Swisher, Yoel Roth, former head of Twitter's integrity, said he felt at the time that the Post's reporting bore signs of Russian interference, an assessment shared at the time by dozens of former U.S. intelligence officials.

Taibbi's posts undermine a major statement by Musk and Republicans who have accused the FBI of relying on social media companies to cover up stories about Hunter Biden's laptop.

Musk tweeted on the evening of December 2 that Twitter was acting "at the behest of the government."

Taibbi said in a series of tweets that "there is no evidence - that I have seen - of any government involvement in the laptop incident." Lawyers for Facebook parent company Meta have made similar comments in recent weeks, challenging Republican claims that the FBI forced Facebook to cover up the laptop stories.

Taibbi said the material he reviewed refers to general FBI warnings about potential Russian interference in the election, which is also consistent with a public report by Meta CEO Mark Zuckerberg.

After the cover-up of the article, Taibbi said, one Democratic congressman, California Rep. Ro Khanna, wrote to Twitter's chief legal officer that the company's policy was in bad taste and a departure from First Amendment ideals. He said that a news report containing details about a presidential candidate should not be suppressed.

Khanna noted in an email that he said this despite being "an absolute supporter of Biden."

The tweet thread also showed officials from both political parties regularly tweeting asking for certain tweets to be removed. Taibbi included a screenshot of an email from "team Biden" asking them to remove the tweets.

Taibbi said contacts with political parties more often came from Democrats, but did not provide internal documents to support his claim. He does not claim that the US government ever pressured Twitter to cover up the story.

White House Press Secretary Andrew Bates said on Dec. 3 that Trump's remarks are "anathematized to the soul of our nation and should be universally condemned."

"You can't love America only when you win," Bates said in a statement. “The American Constitution is a sacred document that has ensured for more than 200 years that freedom and the rule of law reign in our great country. The constitution unites the American people, regardless of party, and elected leaders are sworn to abide by it. This is the last memorial to all Americans who gave their lives to defeat self-serving despots who abused their power and violated fundamental rights."

Republican Liz Cheney of Wyoming, an outspoken critic of Trump, denounced his statement to Truth Social on Dec. 4. Cheney, who is Vice Chair of the House Select Committee to Investigate the Jan. 6, 2021 US Capitol Attack, tweeted that Trump's statement "was his point of view on Jan. 6 and remains his point of view today."

Donald Trump believes we should terminate “all rules, regulations and articles, even those found in the Constitution” to overturn the 2020 election. That was his view on 1/6 and remains his view today. No honest person can now deny that Trump is an enemy of the Constitution.

Cheney, who leaves the House of Representatives next month, is trying to get the Republican Party out of Trump's influence. Her public stance against Trump and her role on the January 6 committee likely led to her defeat in the August primary, though she won strong national support among moderate Democrats and Republicans alike.

At the center of scandals

Last month, Trump announced his candidacy for the presidency. He is still considered the leader of the Republican Party. Party leaders had hoped that Trump would drop his election-denying rhetoric after the weak results in the midterms.

Earlier this week, Trump expressed support for the rioters behind the deadly attack on the US Capitol on January 6, 2021, saying in a video shown during a fundraiser that "People have been treated unconstitutionally and very, very unfairly, and we're going to get to the bottom of it." .

In a September interview, Trump said he was "funding" some of the defendants and promised he would pardon and issue a government apology to those targeted if he was re-elected.

He also came under fire for dining at his Mar-a-Lago resort with prominent white nationalist and Holocaust denier Nick Fuentes and rapper Kanye West, who recently made a slew of anti-Semitic remarks.

repeal of the constitution