Home In the U.S. 'Trump admired Putin and wanted to rule America like the one Russia' the 45th President's aide gave an interesting interview 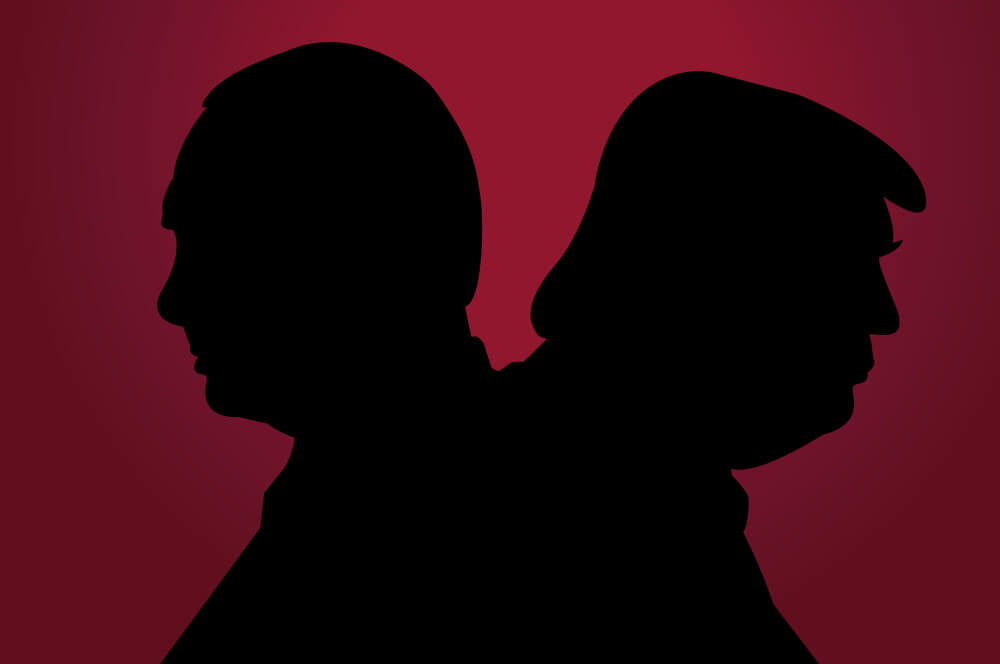 Hill served as Trump's advisor on Russia from 2017-2019, and previously worked in the administrations of Barack Obama and George W. Bush, as well as in leading American research centers.

In August 2019, Hill resigned from the NSS post due to disagreement with the Trump administration's policies towards Russia and Ukraine.

She defended her dissertation on Soviet history at Harvard University.

Expert at the Brookings Institution. In 2014, Le Figaro named her "a recognized American expert on Russia."

Fluent in French and Russian.

In an interview, she explained why she agreed to work in the Trump administration and why her boss did not want to believe in Russian interference in the American elections, despite reports from his own intelligence.

In 2017, the appointment of Fiona Hill as director of Russia and Europe at the National Security Council surprised Washington elites.

Hill had a reputation as a leading connoisseur of Russian politics - and publicly endorsed the theory that the Kremlin interfered in the 2016 American elections.

Trump, who won that election, vehemently denied this theory, calling it a hoax and a witch-hunt.

But Hill says she has no regrets that she went to work for a president with whom she never coincided in views.

“The reason to go to work in the [Trump] administration in 2017 was what happened in 2016, when the Russian intelligence services intervened in the presidential elections on the orders of the Kremlin. And, as we know, it created chaos in American politics, ”Hill said.

“At that time, I reasoned like this: when your house is on fire, you need to get up and do something. I specialized in Russia for decades, I started learning Russian in 1984, and the very idea of ​​Russian intervention is not new, they did the same during the Cold War, ”she continued. "And I thought: who, if not me, will try to do something?"

Moscow has consistently denied that it tried to influence the 2016 elections.

This is also denied by Trump, who believes that this version was invented by his opponent Hillary Clinton and her entourage to denigrate him. Clinton, on the other hand, has publicly explained her defeat many times by Russian interference.

“[Trump] didn't want to believe it because it cast a shadow over his legitimacy as president. This is exactly what [the Russian authorities] wanted - they interfered in the elections so that everyone would have doubts about their outcome, ”said the former adviser to the American president.

Hill believes the hacking attacks on the American elections were Russian intelligence revenge for the actions of Clinton in 2011, when she served as the head of the US State Department and spoke out in support of protesters against Putin's return to the presidency.

“She set the tone for some of our leaders inside the country, gave a signal. They heard this signal and, with the support of the US State Department, began active work, ”Putin said then about Clinton.

Many American politicians, experts and journalists have publicly hinted that Trump so vehemently denies the version of Russian interference - despite reports from his own intelligence - because he may be an agent of the Kremlin himself.

This version was not confirmed: the investigation of Special Prosecutor Mueller did not reveal coordination between Trump's headquarters and foreign intelligence services.

Hill is sure everything is easier. In her opinion, the reasons for denial are purely psychological: "Trump did not want to accept the facts, and part of this was his fear that then he would have to admit that there were questions about the outcome of the elections."

But another reason for Trump's reluctance to fall out with Russia is his admiration for Putin, Hill said.

“He really admired Putin, I saw it with my own eyes. For him, Putin embodied the type of leader he saw himself, and this has nothing to do with his attitude towards Russia, - said the ex-adviser. - He perceived Putin as a very strong and domineering [leader], and Trump often used these words in relation to Putin. His power is not limited by many checks and balances, and [Trump] saw in him a very rich and very famous [man] who runs the country like his own business. ”

She believes that Trump tried to copy this model in his approach to America's governance.

After Joe Biden came to power, the Russian leader began to appear less and less on the front pages of American newspapers. Experts and politicians have started talking about the threat of a new Cold War - but with China.

It was precisely the rivalry with Beijing in the global arena that became the priority of the new administration, and Russia faded into the background.

On the subject: Trump and aliens: how a traveler from Russia struck Texas

But Hill doesn't think Moscow will put up with this state of affairs: according to her, the Kremlin does not like to be ignored. Moreover, both the United States and Russia will hold presidential elections in 2024, and Putin will use confrontation with America as a factor in mobilizing his electorate, she is sure.

But this does not mean that the two powers can only be at enmity. Hill acknowledges that Russia is interested in working with the United States on a range of issues, ranging from arms control and limiting the nuclear arsenal to the fight against the coronavirus pandemic and global warming.

Fiona Hill was born in the north of England to a working class family, her father was a miner.

As F. Hill herself told about herself: “I grew up in a small town in the north of England. My father was a miner and my mother was a midwife and nanny. In my family, I was the first person with a university education. My father started working in the mine at the age of 14, as did his brother, father, uncles, grandfather, etc. ”

She first came to Moscow in 1987, having won a grant from the British Council for a ten-month intensive Russian language course at the Moscow Institute of Foreign Languages. Maurice Torez.

In 1989 she went to study in the United States. At Harvard University, she received her master's and doctoral degrees in Soviet history and met her husband-to-be.

Hill remained in America and received citizenship there.

She has written several books on Soviet and Russian politics and history. Her latest book, You Have Nothing to Do Here, came out in October this year. It combines memoirs, reflections on history and advice on American foreign policy.

Hill explains her move to the States, among other things, by the fact that she felt class barriers in England, and in the USA she found herself outside these hierarchies and stereotypes.

She is sure that a working-class girl with a northern accent could not achieve the same heights in London as she achieved in Washington.

“When you come to the United States, no one can tell the difference between your BBC accent, Stephen, and mine from the northeast of England, we sound the same to them, it's all a British accent,” Hill said. addressing HARDTalk host Stephen Sakura.

No more discounts: grocery stores are canceling promotions to make up for stock shortages

IT school in the USA offered students to pay only after employment: why did students take up arms against it

Putting Americans in a communal apartment: how Ukrainians created the largest coliving in Los Angeles