Home Page In the U.S. Trump ordered to declassify documents on the 'Russian case'

Trump ordered to declassify documents on the 'Russian case'

US President Donald Trump instructed the Department of Justice to immediately declassify information related to the investigation of Russia's interference in the US presidential election in 2016. 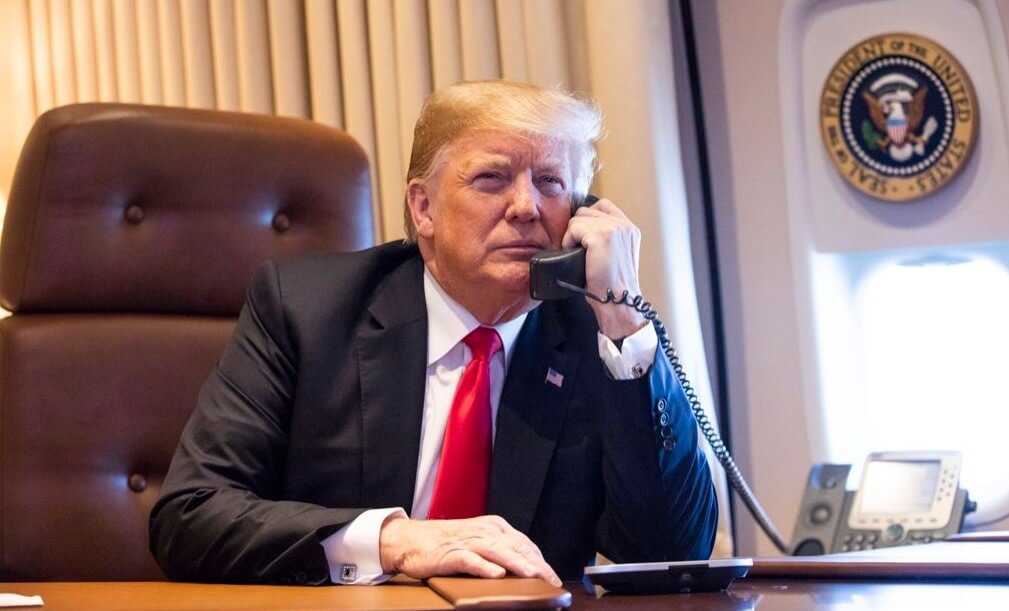 Among the documents that the head of the United States ordered to make public, the 20 pages of applications for conducting surveillance by the FBI of the former adviser to the election campaign of Trump Carter Page, writes Reuters.

Trump also ordered that the FBI talk with the Department of Justice official Bruce Ochrom related to the investigation of Russian interference in the election, and the FBI reports related to the requests to monitor Page.

Trump fired Komi in May 2017, "because of a fake investigation against Russia." McCabe was fired in March by Attorney General Jeff Sessions. An agent, Strzoka, was recently fired, and was also criticized for sending text messages that humiliate Trump when he was still a presidential candidate.

Democrats say that Trump and his allies are politicizing the investigation of Russia's interference in the American elections in the interests of the White House.

An FBI spokeswoman declined to comment on Trump's directive. The Department of Justice said it was working on the execution of the order.

One of the sources familiar with the situation, on condition of anonymity, said that neither the Department of Justice nor the FBI had any idea how the data declassification process should work.

“President Trump, in a clear abuse of power, has decided to intervene in a pending law enforcement investigation by ordering selective publication of material that he believes may be useful to his defense team,” Schiff said.

He added that he had previously discussed the publication of these materials with the FBI and the Department of Justice.

“With regard to some of these materials, I was previously informed by the FBI and the Department of Justice that they consider their release a red line that should not be crossed, as this could compromise the sources and methods of collecting information,” said Schiff.

A spokesman for US intelligence expressed concern that Trump’s decision could reveal the identities of secret intelligence or law enforcement sources, which would make it difficult to attract additional sources in other investigations.

Investigation materials related to Page are 412 pages, including the Bureau’s statement of October 2016 to the secret foreign intelligence court for a warrant to monitor Page’s communication for three months, as well as applications for the extension of monitoring over the next three 90- day periods. All four applications have been approved.

Some of this stuff was declassified and promulgated by the FBI 21 July. In the application, the FBI stated that it believes that "Page has collaborated and entered into an agreement with the Russian government."

Page denies that he had conspired with Russia, he was not charged with wrongdoing.

The documents that Trump ordered to declassify relate to Page’s alleged links with the Russian government and Russian intelligence services, including his residence in Russia in 2004-2007, where he had business deals with the state-owned enterprise Gazprom.

They also declassified Dossier on Trump and his partners' financial and personal contacts with Russiacompiled by former British intelligence officer Christopher Steele.

Republicans claim that the FBI wanted to get a warrant to spy on Page based on this dossier. But the documents, declassified in July, show that the file played only a small role in this investigation.

Trump denies conspiracy and ties with Russia, and Russia denies interfering in the US 2016 elections of the year.

Manafort made a deal with the Trump case investigation: what does it mean

Recall all: what sanctions were imposed against Russia for 4 of the year