Main page In the U.S. Trump delivered a speech on the background of a symbol resembling the Russian coat of arms

President Donald Trump spoke to the participants of the youth conference in Washington during the 80 minutes against the background of a symbol that parodies the seal of the President of the United States and at the same time resembles the Russian coat of arms, writes Voice of America. 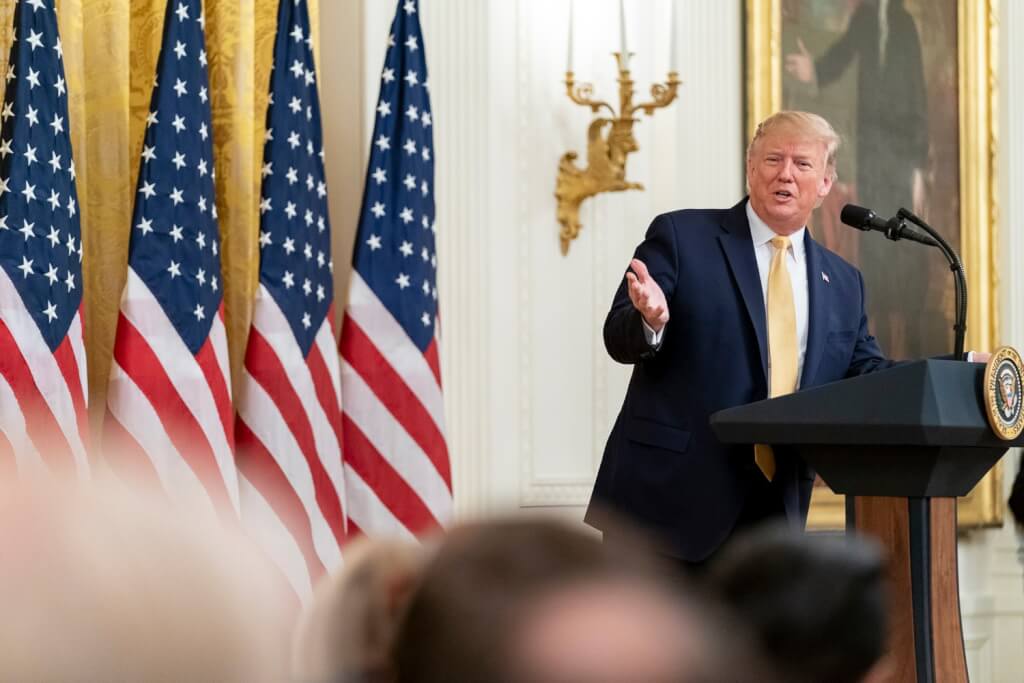 Instead of a bald eagle, a symbol of the United States, on the banner against which Trump spoke, an image of a double-headed eagle projected on the emblems and flags of Russia, Serbia, Albania and Montenegro was projected. Instead of 13 arrows, a fake "eagle" was squeezing in one of the paws of a golf club - Donald Trump's favorite sport. 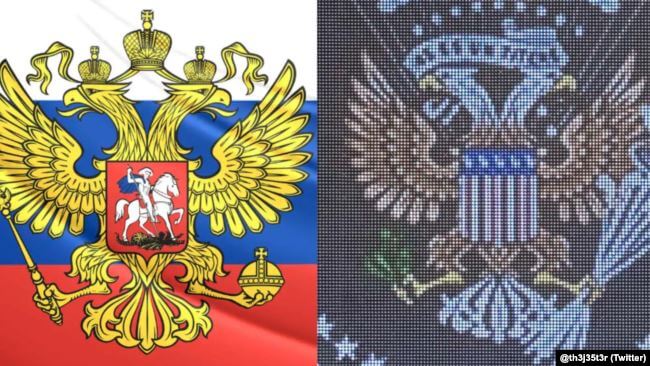 This happened at a conference of conservative students, organized last Tuesday by the youth movement Turning Point USA.

The first to focus on the fake print behind Trump was the Washington Post journalists. Representatives of the White House, upon learning of this, were very surprised. The administration suggested that the organizers mistakenly used the image found on the Internet instead of the real presidential press.

“We have never seen this type of print before seeing this video. The White House is unaware of this, ”an administration official told Reuters in a comment.

On the subject: Trump: for young Americans now is the best time to look for work

The image of the original print was projected onto the banner at the moment when Trump was going up onto the stage, noted in the Washington Post. However, then the image was replaced with a fake print.

On Thursday morning, representatives of Turning Point reported that the culprit was found and fired. He was one of the technical staff who provided the conference. He projected a fake print onto the stage.

“We fired this person. I don't think it was maliciously done - but nonetheless, ”a Turning Point spokesman said. He called the mistake "unacceptable", explaining that the situation was the result of a rush - the employee who worked with the projector, mistakenly used the first image he came across on the Internet.

The use of images resembling the presidential press is a crime in the United States - this implies "creating a false impression of approval" by the US authorities. Violators face up to six months of imprisonment or a fine.

'I am already a lesser evil': how Lukashenko 25 years in power

Rules of use of the US flag

Flag: the history of the American symbol

Bald Eagle and the United States Great Seal (Coat of Arms): The History of the American Symbol

6 Secrets to the Residence of the US Ambassador in Moscow