Home In the U.S. 2020 election: Trump almost acknowledges Biden's victory, tens of thousands take to the streets in Washington

US President Donald Trump wrote a series of tweets, in the first he actually acknowledged Joe Biden's victory. And in the second and third, he said that he still believes in his victory and massive falsifications during voting and counting of votes. The edition told in more detail with the BBC. 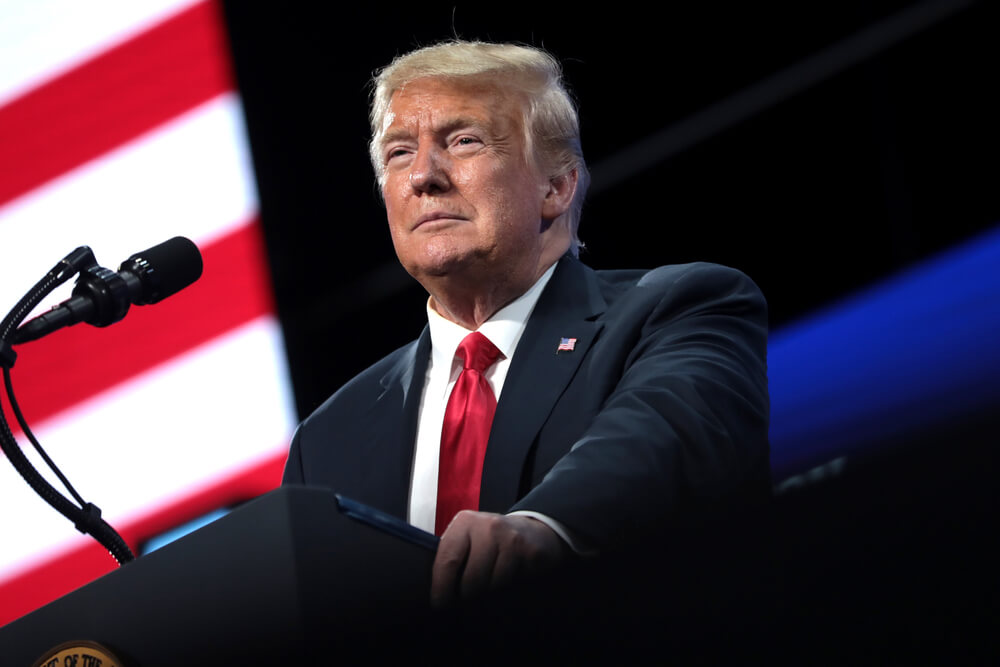 Admitted or not admitted

“He won because the elections were rigged. Observers were not admitted. Votes were tabulated by a private company called Dominion, owned by left-wing radicals, with a bad reputation and bad equipment that even turned out to be unsuitable for Texas (which I definitely won), "Trump first wrote on Twitter.

DominionVoting Systems has repeatedly denied that there were any problems with its software, and US election officials also said that the system worked correctly. The US government agency responsible for securing computer systems during elections published statement, which says: "There is no evidence that any voting systems have been removed, lost or changed votes - or their reliability has been compromised in any way."

After headlines began to appear in the media, which spoke of the de facto admission of defeat, Trump posted two more tweets. In them, he dispelled the hopes of Democrats and the American media that the president is beginning to realize that he has lost.

“He only won in the eyes of the fake media. I admit nothing. Everything is still ahead. It was a rigged election, ”Trump wrote. Another entry appeared on his Twitter: “Fraudulent elections. We will win".

Trump and his supporters talk about massive fraud, but do not provide any tangible evidence. US courts continue to reject claims by Trump headquarters.

Biden's appointed head of the future White House administration, Ron Kline, commented on the situation with Trump's latest tweets: “Donald Trump's Twitter does not make Joe Biden president or not president. The American people did it. "

For the first time, Trump publicly doubted his own victory, speaking at a press conference in the garden of the White House on Friday, November 13. Then he admitted that the results of the presidential elections may turn out not in his favor. Talking about the fight against the coronavirus pandemic, he said: “The current administration will not go for a lockdown. Whatever happens in the future - who knows what kind of administration it will be, I think time will tell. ”

Nevertheless, the incumbent president has not yet officially admitted defeat, although Biden has already been congratulated by world leaders and made a number of appointments in his future administration.

Trump became the first president since 1992 (when President George W. Bush lost to Democrat Bill Clinton), who failed to be re-elected for a second term.

The "March of Millions" announced by supporters of President Trump gathered tens of thousands of people in Washington. In the afternoon, November 14, the march took place peacefully, but by the evening clashes began between supporters and opponents of Trump. There are casualties on both sides, the police detained about 20 people, writes with the BBC.

Several groups rented buses, but most chose to travel to the capital on their own. “I left Texas early Thursday, November 12,” said Nurse Tracy Richards. According to her, the last elections were "accompanied by unprecedented violations", and the Democrats "stole a legitimate victory from Trump."

On the subject: Some states want to change the US presidential election system: what will come of it

Several public organizations supporting the Republicans have applied for rallies and marches. Washington police have confirmed permission to rally for Women for America First, led by former Conservative Tea Party activist Amy Cramer. According to her application, on the morning of Saturday, November 14, at least 10 thousand people should have gathered near the White House, according to media reports, there were about 50 thousand people at the rally.

Thousands of Trump supporters rallying at Freedom Plaza for the #MillionMAGAMarch pic.twitter.com/FF1CHW67xN

The day before, the police blocked several streets in the center of the American capital, banning the passage of cars. The plans to take part in the protests were announced by activists of several right-wing radical organizations, including the Proud Boys, who appeared at demonstrations in different US states with weapons. But police stationed nearby say they don't expect protests to be accompanied by clashes between Trump supporters and opponents.

"Open carrying of weapons is prohibited in Washington, and we have warned in advance that violators of the law will be immediately arrested," - explained one of the representatives of the city police.

On social networks, the rallies that began on Saturday received several titles at once - "March of Millions", "Stop the theft of votes" and "March in support of Trump."

Protesters unfurled Trump campaign flags, chanting "Four more years!" After that, hundreds of demonstrators headed towards the Supreme Court building. Most of the protesters walked without masks, the wearing of which, by order of the mayor of the city, is mandatory in Washington.

The organizers of the march said that the president's supporters came to the capital from New York, Pennsylvania, North Carolina, Wisconsin and other states. “This election confirmed that the bureaucracy in Washington has been secretly fighting Trump in recent years, and I had to come to support our president,” says Lisa Lewis, who came from Michigan. She wore the blue flag of Trump's election campaign as a raincoat.

“The election was not fair,” added New Jersey resident Nicholas Kahn. "Every legal vote must be counted and every report of fraud must be reviewed by a court." At the same time, he admitted that he had not yet faced cases of forgery and stuffing, but he trusts the president's words about numerous violations.

On the subject: US Department of Homeland Security said 2020 elections were fair

Hours before the demonstration began, sidewalks in downtown Washington were filled with vendors of flags, T-shirts and baseball caps with Trump's campaign logos. “You must buy a flag! One of them shouted to the protesters. "The President must see your support."

In the last election, 93% of voters in Washington supported the candidacy of Joe Biden, and only 3% voted for Donald Trump.

Near the White House, on a square called Black Lives Matter Plaza, two dozen protesters raised posters with the words "Trump Lost." In response, supporters of the US President began shouting "The elections were rigged" and "You're just ridiculous!"

Back on Friday, Trump said he could personally greet the march. The presidential cortege on Saturday morning did drive past the demonstrators. The protesters greeted the head of state's limousine with applause, chanting "We want Trump!" and "Four more years!"

But the head of state himself never got out of the car, heading to his golf club in Virginia. On the way back, he also waved to the protesters from the window of his limousine.

US Department of Homeland Security said 2020 elections were fair

Who and why Americans voted for in the presidential elections: personal stories