Home In the U.S. Trump has prevented a new shutdown: how this is associated with the threat of impeachment

Trump has prevented a new shutdown: how this is associated with the threat of impeachment

Government shutdown could have come on Friday night, November 22. Now the deadline for adopting the annual budget has been postponed to December 20. Writes about it "Voice of America". 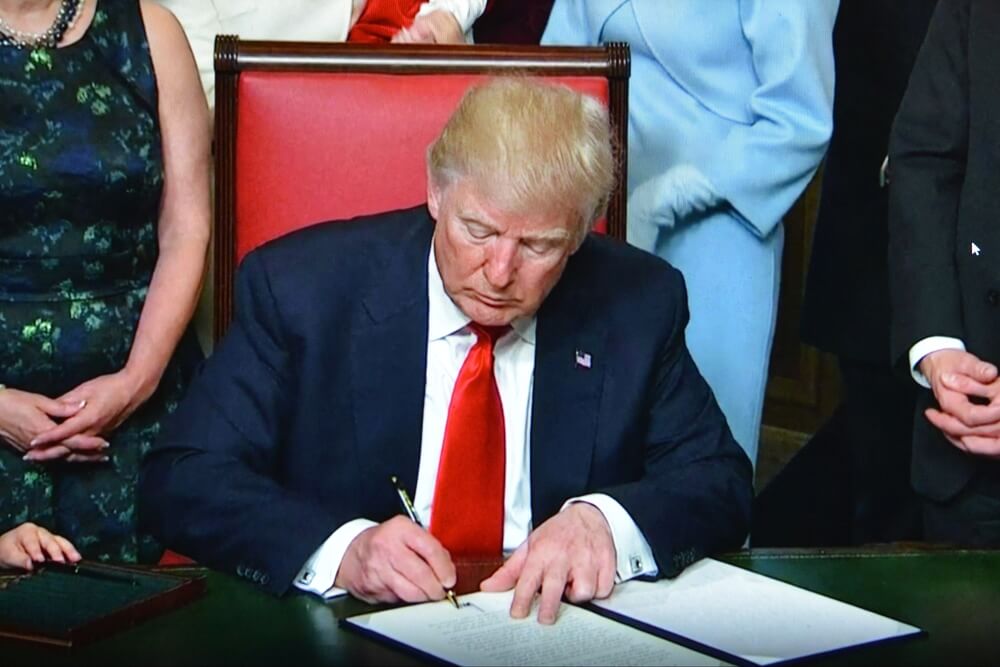 On Thursday, November 21, the Senate passed a bill on the interim government budget that will allow federal agencies to continue working until December 20 and prevent government shutdown, which could otherwise have occurred on the night of Thursday to Friday (from 21 to November 22).

Following this, US President Donald Trump signed the bill, thus transferring the threat of a possible closure of government departments at the end of December. 74 senator voted for the adoption of the interim budget, 20 votes were against.

The interim budget bill gives the executive and legislative branches four more weeks to try to break the impasse associated with financing the construction of the wall on the US border with Mexico. This dispute delays the adoption of 12 appropriation lines, which provide for the financing of approximately one third of all government agencies.

Negotiations on the adoption of the annual budget were heated after the administration rejected the request of representatives of both parties to increase the budget by 5 billion dollars. The discussion of the budget takes place in the context of an inter-party struggle against the background of hearings on the impeachment of Trump.

On the subject: All you need to know about Trump's impeachment: faces, bets and forecasts

Accusations threatening the president with impeachment can be put to a vote in the House of Representatives on or around December 20, the day when another government shutdown can take place.

The main struggle unfolded around Trump's requirements to allocate an additional 8,6 billion dollars for the wall. Republicans who control the Senate support Trump. Both parties would like to avoid the option in which it would be necessary to constantly approve temporary budgets without adopting a budget for the year — this could have particularly negative consequences for Pentagon financing.