Home In the U.S. Trump praised the high performance of the US economy

Trump praised the high performance of the US economy 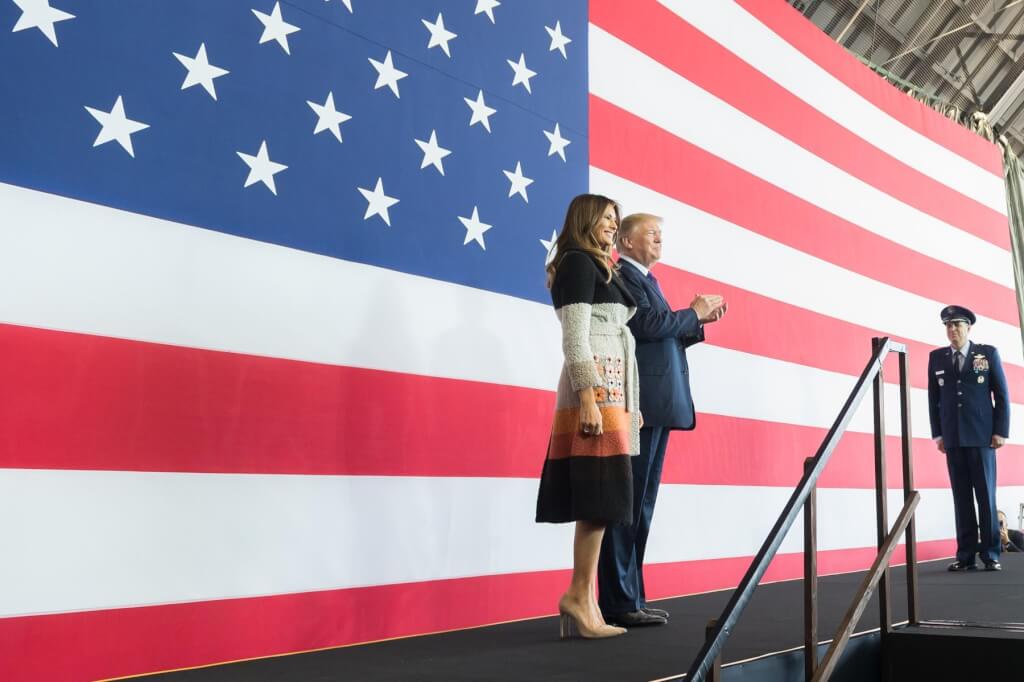 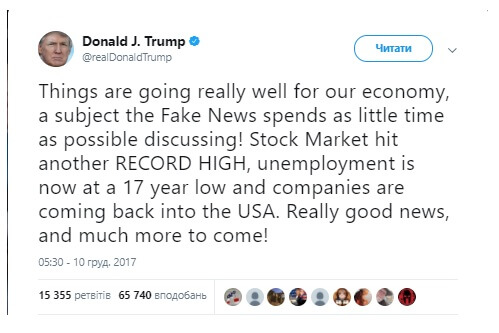 “Our economy is doing very well, although the fake news is spending as little time as possible on this subject,” the head of the White House writes. “The stock market has broken another record; unemployment in the country has been at its lowest level in the last 17 years.”

This is not Trump's first tweet about success during his presidency. He previously posted a tweet about his accomplishments for the 10 months in power. 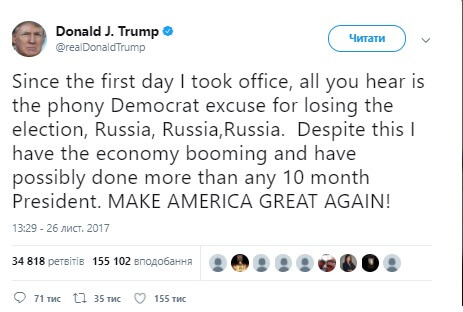 “From the first day I took office, all you hear are false excuses by Democrats for their defeat in the elections: Russia, Russia, Russia. Despite this, there was an economic boom in my presence, and I could have done more than any other president in ten months, ”he wrote.

What are their campaign promises trump fulfilled in a year

Why creators of popular technologies refuse to use them

Trump's fortune declined by $ 600 million over the year