Home culture Trump buried his ex-wife on a golf course: some suggest that this is an attempt to evade taxes

Trump buried his ex-wife on a golf course: some suggest that this is an attempt to evade taxes

Trump's ex-wife Ivana Trump was buried in a 10-person private lot next to the first hole of the golf course at her ex-husband's golf club, reports Dailymail. 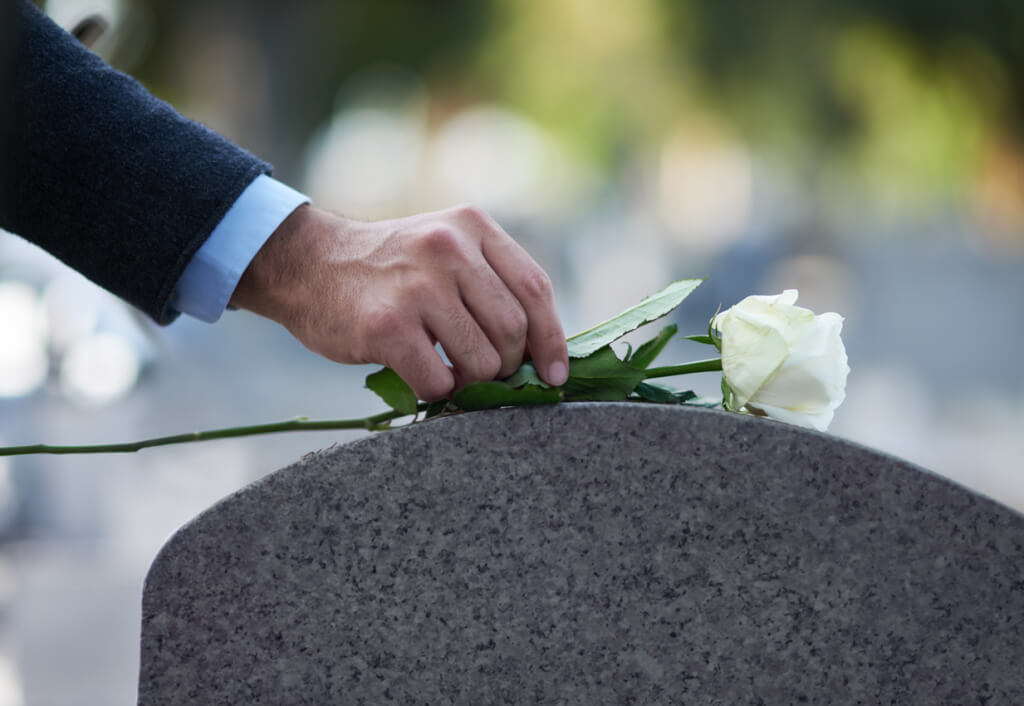 The tax code in New Jersey exempts cemetery land from all taxes, rates, and valuations, and as such, her grave has potentially beneficial tax implications for the Trump Family Trust, which owns the golf business, in a state where property and land taxes are known to , high, reports TheGuardian.

Brooke Harrington, a sociology professor at Dartmouth College in New Hampshire, tweeted that she has looked into claims that Ivana Trump's resting place could help her ex-husband's tax planning.

“As a tax researcher, I was skeptical about rumors that Trump buried his ex-wife on this sad little piece of land, at his golf course in Bedminster, New Jersey, just for the sake of tax breaks. So, I checked the New Jersey tax code and, guys... it's a triple tax evasion. Wealth tax, income tax and sales tax are all out,” Harrington tweeted after opinions began surfacing on social media accusing Trump of being primarily motivated by the possibility of tax breaks.

Harrington later tweeted the full New Jersey tax code for the cemetery land. Although the number of human remains required to qualify for the exemption is not specified, the sale of wreaths, large evergreen arrangements, flowers, and other similar items is taxed.

On the subject: Trump-style burger bar opens in Texas: the place has become a hit among tourists

Saying she was surprised by the tax proposals, she also accused Donald Trump of burying his wife "little more than a beggar's grave" and dishonoring their three children, Ivanka, Don Jr. and Eric, as a result.

“I can’t believe that her three children, whom she obviously loved and who loved her, let their father treat their mother like that. To bury Ivana a little more than in the grave of a beggar will dishonor them all,” she said.
Trump already has a plot at All Faiths Cemetery in Jamaica, in Queens, next to his mother and father.

The grave of the New York socialite was a modest black glossy memorial and white flowers on a private lawn on the Trump family lot in a club in New Jersey.

Ivana was buried after an invitation-only "beautiful" ceremony at St. Vincent Ferrer Church on Manhattan's Upper East Side.

A 73-year-old woman was found dead at the foot of the stairs of her Upper East Side townhouse on July 14.

Her grave, cordoned off from prying eyes, is located in a secluded place not far from the first hole on the golf course.

She is surrounded by trees and faces a small hole at the entrance to the field, and the headstone is decorated with the name and date of her birth and date of death.

Ivana's three children — Donald Jr., Ivanka and Eric Trump — are said to have delivered speeches at the funeral, telling mourners what an innovator the former Czech model was.

Donald Trump told mourners around the burial site "what an incredible and strong woman she was."

Earlier in the day, she was remembered as a "pioneer" who lived the American dream after coming to the United States from Czechoslovakia, raising three children and growing her personal brand.

The funeral service was declared a "Celebration of Life" and was limited to about 100 mourners, each of whom had to show their invitation to enter the Church of Saint Vincent Ferrer. Spectators gathered outside.

Trump has been proposing to build a cemetery on the golf course since at least 2007, when he first announced he wanted to build a family mausoleum for himself and his family members.

He told Page Six at the time, "It's such a beautiful land and Bedminster is one of the richest places in the country."

According to the Washington Post, at the time, Trump planned to build 6m high stone obelisks right in the middle of the golf course. But local officials were concerned that the place could become "an attractive nuisance".

When that proposal was rejected, according to the Washington Post, Trump returned to the blueprints five years later with another plan to build a 1000-lot cemetery on the land, including one for himself.

However, local officials thought it would be too much for a rural town, and at this point, Trump reduced it to 10 graves - enough for himself and his family members.

However, Trump's plans to build another graveyard for golf club members remain in limbo.

His original plans to create a 500 grave graveyard on the golf course for members who pay $15 to join and an additional $000 in fees each year were approved by Bedminster City Council in 20, according to Sally Rubin, a former City Council member. .

“Who am I to decide under what circumstances he should be buried?” she said of Trump, noting that she was worried about what would be built on Trump's property next to the golf club.

“If he wants a mausoleum for himself and wants to put it on a golf course, I have no objection,” Rubin said. "It's a big piece of land and he has a lot more room to maneuver there, but I wouldn't want the mausoleum to be on a scenic rural road in our area."

Trump has since reduced his offer to nearly 300 graves in the cemetery.

In the papers, he said the property would be managed by a non-profit organization, with his staff at the golf course doing maintenance, cutting grass and digging graves.

All of Ivana's children performed at a two-hour mass in front of 100 mourners, including Donald, his wife Melania and their 16-year-old son Barron.

Ivanka told the audience: “When I was growing up, my mother didn’t tell me that a woman can do whatever she wants, she showed me that. She was a pioneer. My mother once told me that there is nothing she can't do in heels. She taught us how to fish and then cook what we caught. My mother expanded our horizons.”

The next speaker was Don Jr., who delighted the audience with warm memories and jokes. Before returning to his seat, he said, "I love you mom."

Eric Trump, the youngest, spoke next: “She had brains; she had beauty. She was the embodiment of the American dream... She was a force of nature, she could beat any man in the office, any woman on the podium. She ruled three children with an iron fist, but also with a heart of gold.”

In front of the altar lay a bunch of red roses, surrounded by 73 burning candles, which symbolized each year of Ivana's life.

After the service, Ivana's body was carried out of the building in a golden coffin, past her family and dozens of VIP guests.

The woman who apparently looked after Ivana wept on the steps of the church as the pallbearers passed by.

The New York restaurant Nello also paid tribute to Ivana, where during the funeral, candles were lit at her favorite table and flowers were arranged.

US recalls sunscreen because it can cause blood cancer