Main page In the U.S. Trump put his own article in the new office: they are actively discussing this on social networks

The photo of the 45th President of the United States, sitting at his office desk, attracted the attention of users on social networks - people saw a mini-statue of Donald Trump in the frame. Writes about it NY Daily News. 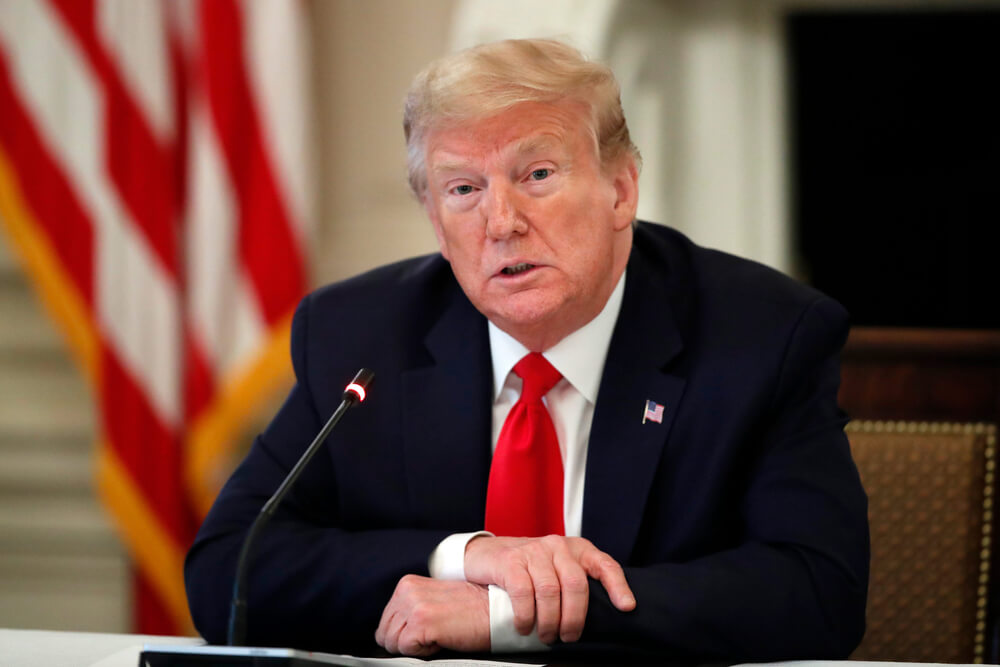 Upon further investigation, it turns out that Donald Trump keeps a small statue of himself in his Florida office. A bottle of Coca-Cola also outraged users of social networks after Trump's recent call to boycott the manufacturer.

The photo, which stands for a thousand words, was taken during a visit by his senior advisor, Stephen Miller.

"Just had an amazing meeting with President Trump!" - wrote Miller on Twitter above a photo posted to his account.

The Trump statue can be seen on the left side of the table by the lamp. A bottle of cola sits behind a landline phone on a desktop.

Just had a terrific meeting with President Trump! pic.twitter.com/jGyAnURAky

The statue caused a lot of noise.

“The statue is tiny, but the arms are adequate for size,” one Trump critic tweeted. "It's charming."

Other users noted that the 45th president has reading glasses on his desk, which he rarely wears. It was also noted that he has a traditional desk phone and an iPhone, possibly the one from which he sent his infamous tweets - before he was banned from Twitter.

The office is adorned with photographs of his former Air Force One and Marine One aircraft. The mug with the presidential seal is featured in the souvenir collection of the 74-year-old former New Yorker.

Trump, who reportedly drinks up to 12 Diet Coca-Cola a day, last week called for a boycott of the soda company for allowing itself to express disapproval of the voting laws in Georgia.

In his statement, Trump called for a boycott of Major League Baseball, Delta Airlines, JPMorgan Chase, ViacomCBS, Citigroup, UPS, and others.

He himself was reproached for having very small hands (although Trump vehemently denies this), the 45th president was ridiculed for holding a hostile press conference at a ridiculously tiny table after losing the presidential election in November (and he also denies this fact).

Trump's big plans for his return to civilian life include launching a social media platform. He is expected to continue his influential presence in the Republican Party, which could include yet another run for the White House. Site of the 45th President, launched last week, aims to document the "magnificent legacy of the Trump administration."

Trump can wish you a happy birthday: how to order a service