Home Page Educational program Trump signed new decrees on aid in connection with coronavirus: who and how much can get

Negotiations with Congress on federal aid for the coronavirus stalled, and on Saturday, August 8, US President Donald Trump signed a series of executive orders to temporarily ease the plight of Americans suffering from the economic fallout of the pandemic. USA Today. 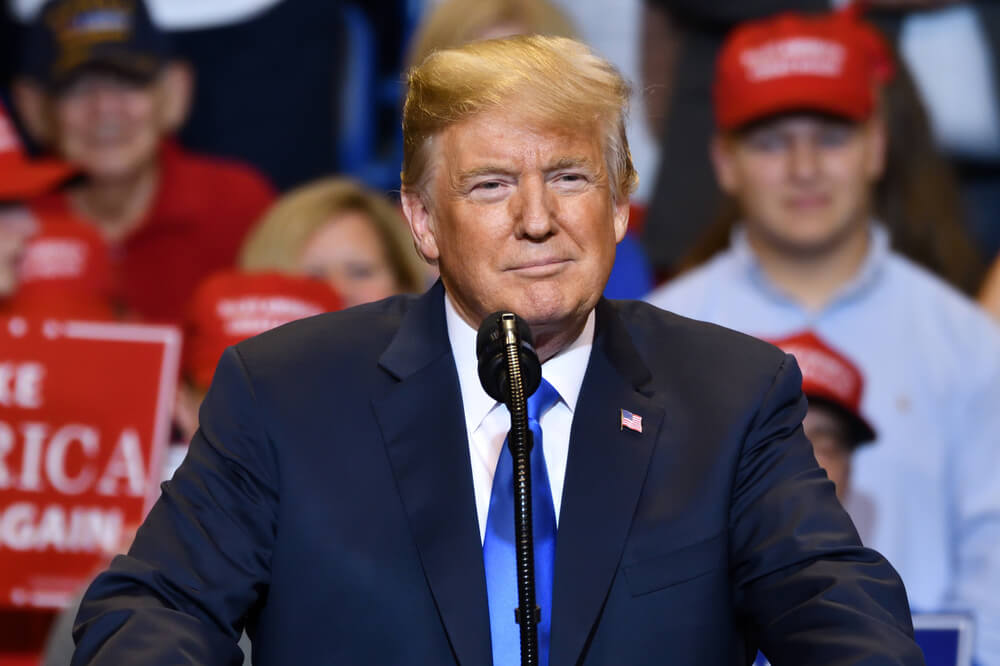 At a press conference at his golf resort in Bedminster, New Jersey, Trump signed four decrees that provide for additional unemployment benefits of $ 400 per week, a suspension of payments on certain student loans until the end of the year, and protection of tenants from eviction. In one of the decrees, the president instructed employers to defer certain payroll taxes until the end of the year for Americans who earn less than $ 100 a year.

Trump said he decided to act on his own and order the benefits after two weeks of talks with Democrats in Congress did not end with an agreement on a new coronavirus relief package.

“We've had enough,” he said. "We're going to keep jobs in America and help American workers."

But questions remain as to whether Trump has the legal right to take these actions - or allocate money to implement them.

Congress and the White House have struggled to agree on a $ 3,4 trillion Democratic coronavirus plan and a much smaller $ 1,1 trillion Republican proposal.

On Friday, August 7, House Speaker Nancy Pelosi and Senate Minority Leader Chuck Schumer conferred with Treasury Chief Stephen Mnuchin and White House Chief of Staff Mark Meadows for over two hours in a final attempt to save the debate. But the negotiations were unsuccessful: both sides admitted that they were at an impasse and had no real way forward.

Thereafter, Mnuchin announced that he and Meadows would recommend Trump to push through executive orders, even though Democrats said the president lacked the legal authority to take unilateral action and that he did not have enough federal budget money to achieve his goals.

Trump has said for days that he will issue executive orders if negotiations do not lead to an agreement.

Lawmakers have interpreted Trump's threat as a way to get the negotiators to strike a deal. Even some Republicans have said they think Trump is bluffing.

But the president was not bluffing.

On the subject: Some Americans received a second check of financial aid from the IRS: what is the reason

Here's a more detailed look at how Trump's executive orders will work:

Congress approved an additional weekly unemployment benefit in the spring as the coronavirus began to spread. That relief package gave Americans who filed for unemployment an additional $ 600 per week on top of what they received in state benefits.

But that benefit expired on July 31, leaving many unemployed Americans in financial uncertainty. Trump's executive order will allow states to provide up to $ 400 a week in extended benefits, 75% of which will come from the federal government's disaster relief fund. The states will have to pay an additional 25%.

Democrats wanted to increase the benefit to $ 600, but Republicans objected, arguing that it would hinder some Americans from returning to work because they would receive more out of work than at work. Republicans wanted to bring the benefit down to $ 200. Trump's decision to pay $ 400 in benefits was a compromise between the two proposals.

According to the decree, states can pay their share of the benefits using money provided to them as part of the coronavirus response package adopted earlier this year.

The federal moratorium on evictions expired on July 24, putting people who rent more than 12 million housing units across the country at risk if they miss their rent payments.

Congress has also suspended payments on some student loans due to the virus - a measure that expires at the end of September. Trump's executive orders will extend the deferral until the end of the year.

For months, the president has pushed for a payroll tax cut, but has met with stiff opposition from Republicans and Democrats in both houses of Congress. Trump's executive order directs the U.S. Treasury to allow employers to defer payment of certain payroll taxes from September 1 through the end of the year for Americans earning less than $ 100 a year.

The payroll tax is 7,65 percent for workers earning less than $ 100 per year. These taxes are used to fund pensions and health care for older Americans. However, in the end, these taxes must be paid if Congress does not decide to write off them.

“This false tax cut will be a big shock to workers who think they’ve got a tax cut when in reality they’ve only been given a respite,” said one of Trump's critics, Senator Ron Wyden.

Trump said he would make the payroll tax cut permanent if he was re-elected in November, which raised alarm among some critics.

"Donald Trump once promised that he would be 'the only Republican who doesn't want to cut social security," said Nancy Altman, president of Social Security Works. "Now we know that cuts are not enough for him: he wants to destroy social security."

Trump's executive orders do not affect several other popular coronavirus provisions that Congress passed earlier, including $ 1200 in federal aid and the Payroll Protection Program, which provided loans that helped keep more than 5 million small businesses afloat during the pandemic. This program expired on Saturday, August 8th.

On the subject: Trump signs decree drastically restricting the hiring of foreign workers

Dispute between the White House and the Democrats

“Meet us halfway and work together to deliver immediate aid to the American people,” they said in a joint statement. "People die, and time matters."

Speaking on ABC, Schumer described Trump's directives as “flawed,” “not working,” “weak,” and “too narrow.”

“If the Americans look at these decrees, they will see that they are not even close to meeting the task,” he said.

When asked if he considers Trump's decrees to be legitimate, Schumer said, "I'll leave that to the lawyers."

Pelosi said it would "take time for the money to end up in the pockets of Americans," and urged the White House to "accommodate" new spending to help over 30 million unemployed people, as well as states and municipalities. "Voice of America".

Treasury chief Steven Mnuchin said Saturday that Trump's executive orders were "not his best option," blaming Pelosi and Sumer for failing two weeks of talks on a coronavirus relief package.

“I said that as soon as they have an offer, I’m ready to talk,” Mnuchin said.

According to him, the White House is ready to provide additional assistance to states and municipalities, "but not a trillion dollars", as proposed by the Democrats.

Democratic presidential candidate Joe Biden, noting that Trump signed "half-baked" decrees, said the orders would have little impact on unemployment and would launch a "new reckless war on social security."

“These decrees are not real solutions,” Biden said. “This is just another cynical ploy to absolve myself of responsibility. Some measures do much more harm than good. "

Grassley accused Democrats of delaying aid, saying their "all-or-nothing" strategy jeopardizes the confidence that Americans can pay their bills.

Senator Lamar Alexander of Tennessee said Trump "is doing everything he can to help workers, students and tenants, but Congress is the one to act."

Political opponents questioned whether Trump's orders were legal and effective in any case.

"It's not enough to solve the problem," said Democratic strategist Eddie Weil.

“The idea that Trump is spearheading this initiative is bullshit,” Schwerin said. - Democrats passed the bailout bill two months ago, and Trump chose to plunge the country into a deeper recession than take action. Trump has failed with the coronavirus and he has failed in the economy. "

“Trump could just as well send $ 100 to every household earning less than $ 000 million a year,” he said. - Obviously, he has no legal authority to do this. But if someone dares to sue him, that might be good policy. ”

Trump and the White House expect the decrees to be challenged in courts as spending legislation must be approved by Congress.