Home Educational program Trump has restricted immigration due to coronavirus: who will it affect

Trump has restricted immigration due to coronavirus: who will it affect

April 22, US President Donald Trump signed a decree restricting immigration to the country, writes with the BBC. It will be valid for 60 days, and then can be withdrawn or extended. We figure out who the restrictions will affect. 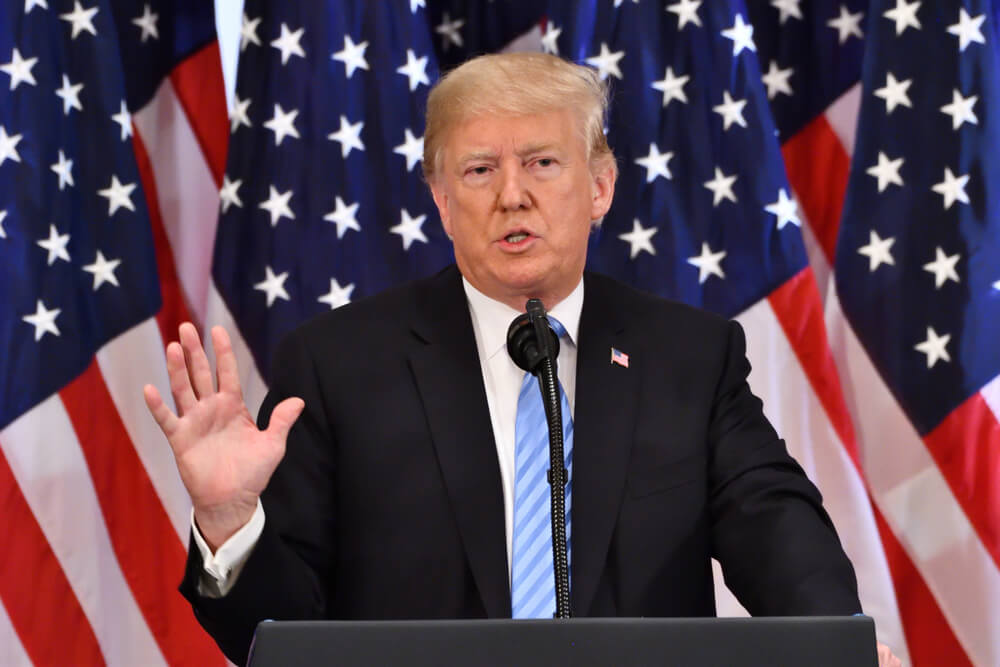 The president called the main reason for the introduction of new restrictive measures the concern about the preservation of “jobs for our great American citizens” against the backdrop of the coronavirus pandemic.

“In order to protect our wonderful American workers, I just signed a decree to temporarily suspend US immigration. This ensures that unemployed Americans from all walks of life will be first in line for jobs after the economy opens. We will also save our medical resources. We must take care of our patients, workers, so we did it, ”Trump said on the evening of April 22.

Soon after, the text of the presidential decree was published on the official website of the White House.

Who the ban concerns

On the subject: With the support of trump in the United States passed mass protests against quarantine

The Institute for Migration Policy, an independent think tank, estimated that the decree would block the issuance of about 26 green cards per month, or 000 for the entire 52-day period of its validity. It is worth noting that the pandemic has already significantly suspended the flow of immigration to the United States: countries have imposed restrictions on the border, the provision of visa services has been suspended, as well as the reception of refugees.

Who is not banned?

The ban does not apply to foreigners who already have immigrant visas to the United States, holders of valid green cards or citizens of other states who are in the United States and intending to obtain a legal residence permit in the country based on current immigration rules.

The decree does not apply to: spouses and minor children of US citizens; medical professionals, including doctors and nurses, who “take part in the fight against COVID-19”; US Army personnel, their spouses, and children; anyone serving in law enforcement or national security services. The order also does not apply to issuing visas for investors. To obtain such a document, a foreigner must invest in the American economy from 500 thousand dollars to 1 million and create at least 10 jobs within two years.

In addition, the new restrictions do not apply to foreigners whose relocation to the United States is in the interests of American law enforcement or national security interests, as well as applicants for special visas intended for citizens of Iraq and Afghanistan who have assisted American forces.

As President Trump specifically clarified during the briefing, the ban will also not apply to seasonal farm workers temporarily coming to the United States on work visas to participate in the harvest.

When the decree takes effect

According to the document signed by Trump, the decree will enter into force on April 23 at 23:59 Eastern time.

How long will the ban last

Officially, the decree will be valid 60 days from the date of publication, but the text fixes the possibility of its extension: “No later than 50 days after the entry into force of the document, the head of the Department of National Security, in consultation with the head of the Department of Labor and the Secretary of State, can extend or change the validity period the decree, ”the document says.

In addition, 30 days after the entry into force of the document, these officials can propose new restrictive measures to the president, evaluating the effectiveness of those introduced earlier.

Why the ban is introduced

The new executive decree of the US president was immediately supported by his supporters and criticized by opponents.

“Now, tens of millions of Americans want to return to work, but cannot do this, so the president took a step in the right direction,” said CNN Roy Beck, president of the conservative organization Numbers USA, which advocates restricting immigration.

Opponents of the president consider this decision to be political, recalling that Donald Trump, in the course of his 2016 election campaign, demanded to reduce immigration to the United States, and then constantly made attempts to introduce new restrictive measures to enter the country.

Over the past few weeks, nearly 22 million Americans have actually applied for unemployment benefits, but analysts say President Trump’s next order is unlikely to affect that statistic.

Suffice it to say that 29% of doctors, 38% of social workers providing home care, 34% of public transport drivers, and 16% of grocery store sellers are immigrants to the United States.

What is the situation with immigration now?

Over the past few weeks, the Trump administration has made some major changes to U.S. immigration policy, citing the coronavirus situation. In less than a month, more than a dozen changes were made to the system. The administration has used the coronavirus pandemic to quickly advance its toughest restrictive policies. One of them is the urgent closure of the southern border for migrants and the accelerated deportation of illegal immigrants.

On the subject: Government Trump spending may break records for all previous presidents

According to immigration lawyers, the new ban does not make sense at all. March 20 this year in connection with the coronavirus pandemic, US Department of State объявил on the temporary cessation of the issuance of immigration, tourist and work visas.

A few days earlier, on March 16, the US Immigration Service also announced the suspension for an indefinite period of "any physical contact" with those who wish to receive immigration documents. Employees of the service were transferred to remote work, so any interviews were canceled, the delivery of biometric data necessary for receiving green cards and the ceremony of entry into American citizenship were canceled.

In the presidential election, Americans choose not only the head of the country: who else