Home In the U.S. Tornadoes, Snowfalls and Floods: Harsh Weekend Expects Most of US

Tornadoes, Snowfalls and Floods: Harsh Weekend Expects Most of US

The most powerful storm system that will affect most of the country this weekend, January 11 and 12, will pose a serious threat with the likelihood of severe storms, tornadoes, ice and snow, as well as floods, writes CNN. 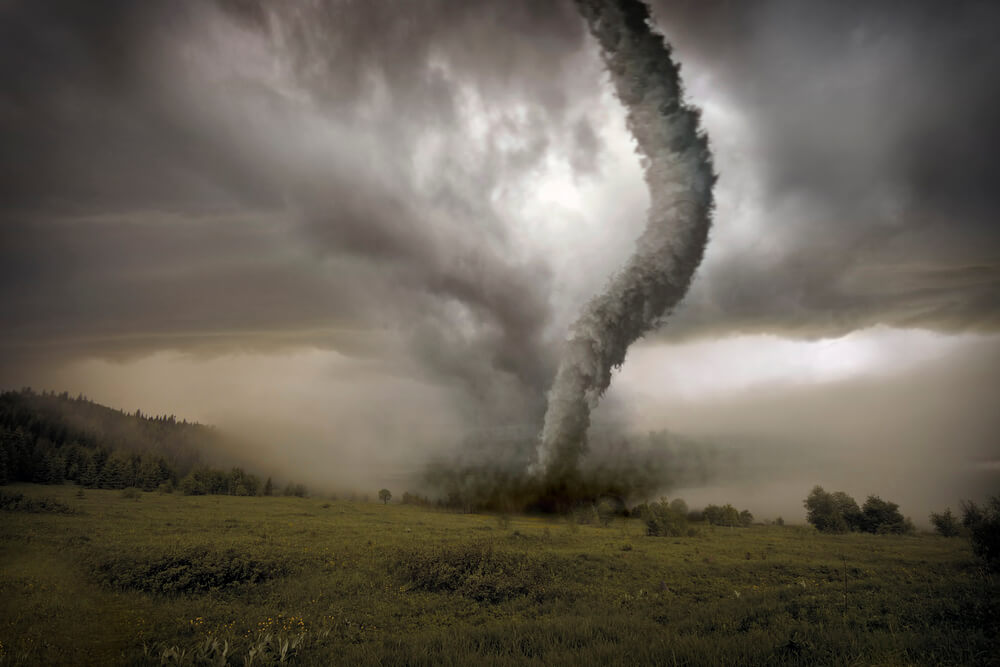 Millions of people in the southeast, midwest, Great Lakes region and northeastern United States can feel the consequences, CNN meteorologist Dave Hennen said. Another storm system will bring heavy snow to the west.

On the subject: 7 winter car tricks that save time and effort

According to Hennen, severe weather is forecast on most of the South on Friday and Saturday, including tornadoes, destructive winds and strong hail.

The risk of damage from gusts became most apparent on January 9, prompting the National Weather Service's Hurricane Forecasting Center to publish a moderate risk of severe weather 4 out of 5 for areas between Tyler, TX and Memphis, Tennessee, including Little Rock, Arkansas. , and Shreveport, Louisiana.

On January 10, the Storm Prediction Center announced a tornado warning for a large strip of central and eastern Oklahoma, northwestern Arkansas, and southwestern Missouri.

Residents from the Gulf Coast north to Missouri may be affected by severe bad weather during the day and at night on January 10. According to Hennen, the biggest threat will hang over the cities of eastern Texas - Dallas and Houston, as well as Shreveport in Louisiana.

"Tornadoes at night are more than twice as deadly as those that occur during the day," he added.

On the subject: Forecasters explained to parents how to dress children in the winter

On Saturday, danger will move to much of the southeast, including New Orleans and Baton Rouge in Louisiana, Birmingham, Montgomery and Mobile in Alabama, as well as Atlanta.

Residents of these regions should “make sure that weather notifications are turned on on their smartphones. Some of these storms will travel at 60 miles per hour (95,5 km / h) and you may only have a few minutes to react, ”said CNN meteorologist Chad Myers.

The colder areas in the north can feel the effects of a strong snow and ice storm.

Hennen says heavy snow will fall in parts of Illinois, southern Wisconsin, and Michigan as the storm moves east. In some areas, snowfall of 6 inches (15,24 cm) is possible. Upstream snow is also expected in upstate New York and New England.

A dangerous ice storm forms in the Great Lakes region. According to Hennen, in northern Michigan it is expected from 6 to 12 inches (15,24-30,48 cm) of snow. Accumulation of ice can damage trees and power lines.

"We have something incredible going on!" - reported in the National Meteorological Service of Grand Rapids, Michigan.

On the subject: How to survive severe frosts: useful tips

Flood threat from Texas to Michigan

On the morning of January 10, millions of people from Texas to New England were in danger of flooding.

According to forecasts of meteorologists, the total amount of precipitation will be from 3 to 5 inches (7,62-12,7 cm), and in local areas, possibly more.

According to Hennen, a hurricane is expected that will bring heavy snowfall on the heights of the northwestern region of the United States.

The Meteorological Service predicts snowfall of up to 2 feet (0,6 m). The threat in this region includes the danger of avalanches: in Idaho and Montana, warnings have announced this.