Home In the U.S. Forever 21 retail chain says bankruptcy and closure of stores around the world

California Forever 21 retailer, who helped popularize fast fashion in the United States, said it is filing for bankruptcy and closing hundreds of stores around the world. The reason is overgrown shopping centers and the changing tastes of young consumers. 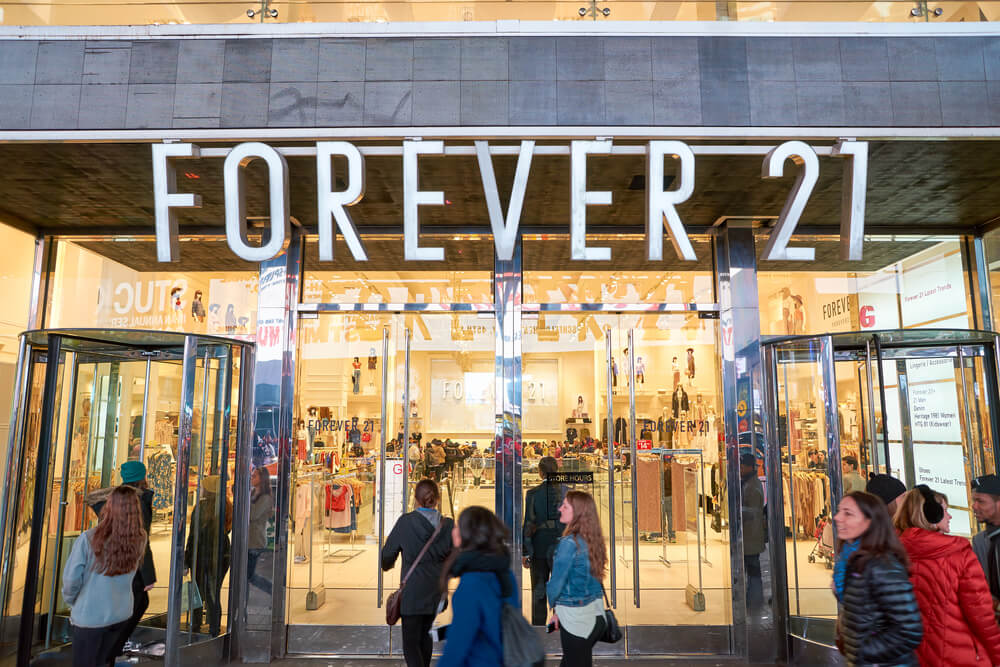 “We hope to simplify things to get back to what we do best,” said Linda Chang, executive vice president of the network. Parents Chang, Do Won, and Jin Suk Chang, who still run the network, founded Forever 21 in the 1980's after immigrating to California from South Korea.

Bankruptcy is a blow to a company that prides itself on embodying the American dream, as well as a reminder of how fast the retail landscape is changing. Forever 21 achieved great success in the early 2000's with its many products that copied modern design styles at the lowest prices. Together with Zara and H&M, the brand has become a leader in creating fast, affordable fashion for American buyers, especially for young women. But the company expanded too aggressively and technology began to destroy its business.

“We moved from 7 countries to 47 countries in less than 6 years, and there were a lot of difficulties,” said Linda Chang. At the same time, she said, "the retail industry is obviously changing - there has been a decrease in trade flow, and sales are increasingly moving online."

The executive director of the company said that the network was called Forever 21, because it is aimed at 20-year-old people, and also because "old people wanted to be 21-year old again, and young people wanted to be 21-year-old forever." Customer research has shown that 40% of Forever 21 buyers are between 25 and 40 years old. Linda Chang said the company will continue to strive to sell products below 50 dollars.

On the subject: Retail Apocalypse: Which Networks Close Stores and Bankruptcy

The Forever 21 bankruptcy underscores the widening gulf between low-quality US malls that are losing customers and anchor tenants and its leading malls that continue to attract visitors.

In the years before and after the recession, the Forever 21 network quickly opened stores - they also served as the company's main marketing tool - and the more, the better. Although teenagers and women over the age of 20 were the main customer base, the Forever 21 brand believed that it could be useful to the whole family. He moved to places freed by bankrupt networks and opened huge flagships in major cities, including the Times Square premises, which occupies the 4 floor (the company is negotiating with the owner of this store about its future).

Linda Chang said the company still sees prospects in areas such as products for men and women, but plans to reduce other areas such as home décor, electronics, and cosmetics.

According to Wendy Liebmann, executive director of the WSL Strategic Retail consulting company, young customers are increasingly turning to products and brands that value sustainability.

“Forever 21 has bet that fast fashion will be as relevant as it has been for the last decade or so, and that they just need to be in the right places and create newness with some additional tools,” Liebmann said. “But the emotional and physical aesthetics of this are no longer what the current customer wants.”

Mark A. Cohen, director of retail research at Columbia Business School, said fast fashion remains as popular as ever (pointing to Zara's success), but that Forever 21 has expanded too quickly "without considering reasonable prospects."

On the subject: How to declare bankruptcy in the USA

“This is a disaster caused by the company to itself,” he said. “This is a bonus for the Forever 21 competition, and this is another fatal bell for shopping centers that have already lost Sears, Macy, Penney and are still struggling with the next possible losses.”

When she was asked if the problems with Forever 21 were related to a decrease in the flow of customers in shopping centers or a decrease in interest in fast fashion, Linda Chang said that there is “a little of both.”

Seniors Chang had long planned to transfer the company to their daughters. But Linda Chang said that she and her sister intend to continue working for the brand, but cannot say whether they will take it for themselves.

“My parents created an amazing brand,” she said. “When you think of fast fashion, there are only a few names that come to the mind of most people, and being in this top list is a pretty amazing feat.”

From life: why they do not like buyers in US stores

As in the era of the retail apocalypse Target, Kohl's and Nordstrom survive and thrive

How not to look for work in the USA: advice from a Russian-speaking immigrant
Many people face employment problems. Let me show you an example of how a very canonical recruitment process in the USA looks like. There were two sisters - Pelageya and Glasha. Both dreamed of working ...

Media: due to protests in the US, Prince William urges Harry to return to London

Haggard and painfully thin: fans are concerned about the changes in Boyarsky's appearance