There are hundreds of species of snakes in the world, many of them poisonous to humans. Recently, there was an incident at the San Diego Zoo: employee bitten by a snake for which there is no antidote... Fortunately, this snake does not live in the United States in nature, but was brought from Africa. But still, there are many other dangerous creatures in the States. Edition Country decided to make a selection of the 10 most venomous snakes that live in the United States. 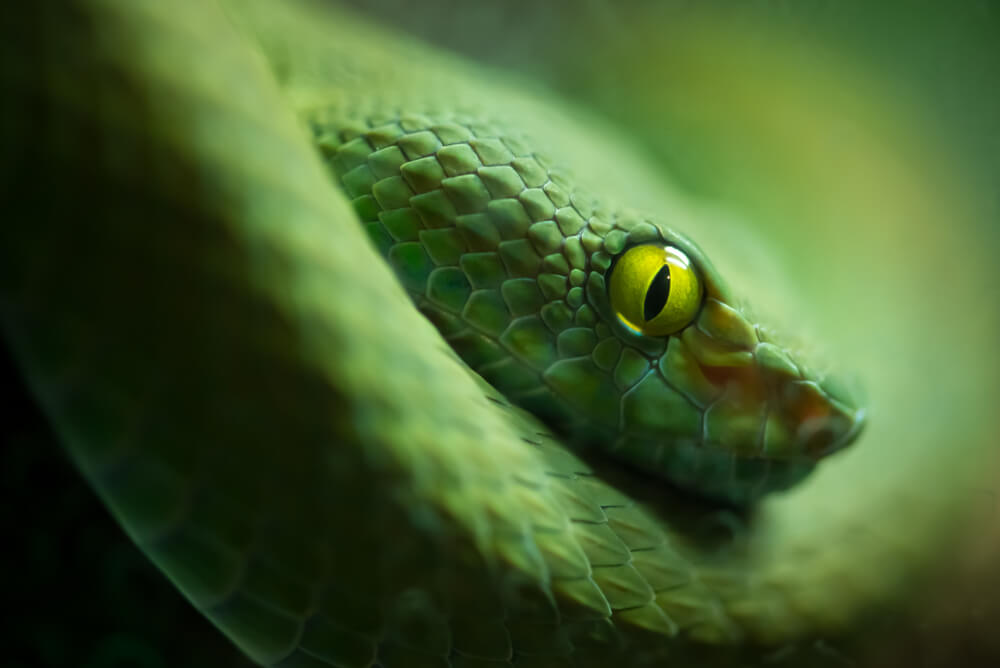 The water snake is one of the most dangerous venomous snakes in North America. Its powerful cytotoxic venom is so destructive that it can eat away at flesh and lead to gruesome amputations. They usually hide in water and attack when the victim least expects. Fortunately, the modern antidote CroFab has been shown to reduce mortality.

Rattlesnakes are dangerous in every way. They are large, with long fangs and have a powerful venom, which they can pump their prey into an alarming amount at any time. Luckily for us, they are also known for their mild temperaments and distinctive sound. Striped rattlesnakes are among the most patient of their kind and often give warnings before attacking. Because of this, only a few deaths have been reported.

On the subject: 10 places on Earth where people will not be allowed even for huge money

This dangerous rattlesnake boasts no less than seven different subspecies. Some are characterized by the presence of a highly toxic poison that attacks the nerve endings, but a much higher dose of antivenom is required for treatment. They are widespread in the western half of North America, from British Columbia to northern Mexico.

This snake lives only in a small area near the border between Arizona and Mexico, only a few of its bites have been recorded. The small amount of poison she injects in one bite means that deaths are very rare.

The Copperhead Snake is perhaps responsible for more bites than any snake on this list. This is not because the snake is inherently more aggressive, but because copperheads usually "freeze" when they meet an approaching person, and do not run away, like most other intelligent snakes, and bite when stepped on.

He has the weakest poisonous power among all poisonous vipers. So these factors will be a happy coincidence for those who meet her on their way.

Fortunately for hunters and travelers in the American Southeast, these carnivores are rarely seen on their way. The harlequin coral snake was once considered the most dangerous snake in the region. While this reputation has not waned to this day, experts say deaths from this dangerous species are actually very rare. In their opinion, this is due to the fact that the snake has little control over how much poison it can introduce into the victim.

Asp is capable of producing a dose of poison that can kill five people, but with most defensive bites, it injects only a small amount. But a large dose of poison can kill within two hours, which makes this snake one of the deadliest on this list.

This snake has relatively weak venom, but it can produce large quantities of it, making it incredibly deadly. Common symptoms after injury include pain, severe internal bleeding, edema, muscle damage, and necrosis.

She is solely responsible for most of the deaths associated with snakebites in Mexico, second only to her eastern relative in the number of deaths in the United States.

The rhombic rattlesnake is the largest venomous snake in North America and arguably the deadliest. It has the largest canines of any rattlesnake species in the world and has a very high venom yield. Its action is so strong that it can cause bleeding from the mouth and form wounds. The mortality rate from the bite of this snake reaches 30%.

Compared to the two previous species and the next one on this list, this snake is virtually harmless. On her conscience, there are much fewer deaths than those of her relatives. The snake can be found in the western United States, southwestern Canada, and northern Mexico. Its venom contains potent neurotoxins.

If we judge the lethality by poison, then this species is among the leaders. The poison of the Mojave rattlesnake is considered the most potent of all rattlesnakes, even surpassing the venom of the tiger rattlesnake. The bite is not particularly troubling at first due to the late onset of symptoms, but ultimately victims may experience blurred vision and respiratory distress. Rattlesnake venom is a cocktail of destructive enzymes and proteins designed to kill prey. It is this property that has created the intimidating reputation for the Mojave rattlesnake.