Many celebrities covet a star on the Hollywood Walk of Fame. A small piece of land has become an indicator of how successful the career of its owner has developed. However, there are media people who are not at all interested in this, reports Adme. 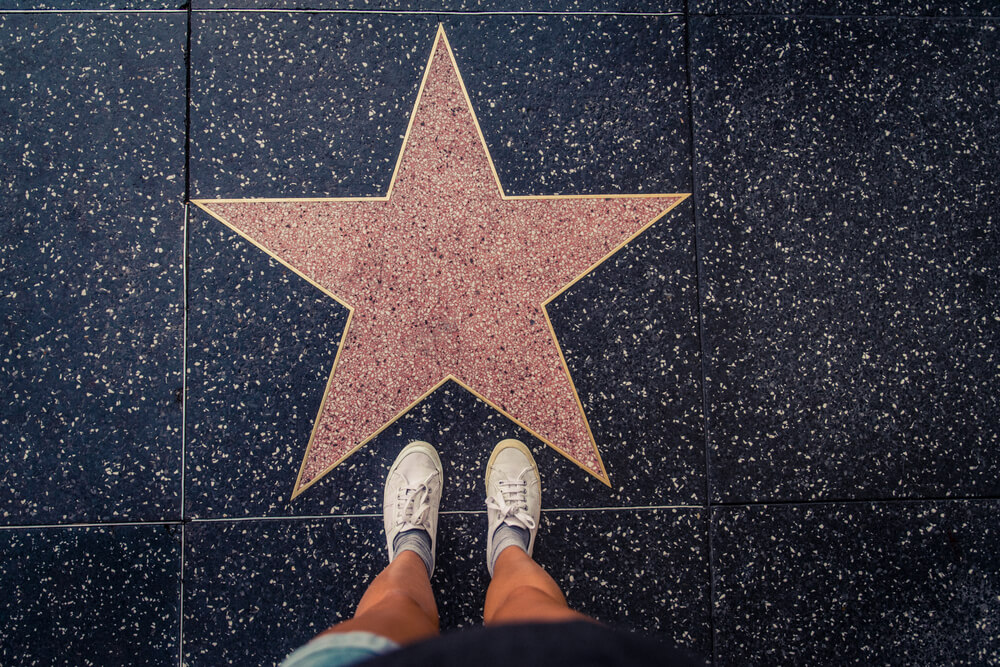 Some of them even gave up the right to put their name on the sidewalks of Hollywood Boulevard and Vine Street in Los Angeles.

And we can say with confidence that they had reasons for that.

To begin with, the path to getting a star on the Walk begins with the fact that fans or other interested persons nominate their celebrity. Of course, this does not mean that the celebrity or her representative will approve this nomination, and without it, in any way.

On the subject: The unexpected winner and the fight of Will Smith: how was the Oscar ceremony

Then the organizing committee, represented by the Hollywood Chamber of Commerce, chooses whose star to place on the Walk of Fame, and whose not.
But the process doesn't end there: the media person who accepts the offer must pay $50 to create and edit the star. Some of these funds are used to maintain the territory of the promenade. But if you thought that only economic reasons affect the desire of a famous person to have his own star, then you were greatly mistaken. Many of the celebrities who turned down the offer were generally not interested in the initiative.

In the late 80s, after Madonna's second album conquered the world, she decided not to stop there. The singer continued to set new records in the musical field, and also decided to try herself in the film industry. Of course, all this was enough for her to be nominated for a star. But, despite the fact that the initiator was a group of critics, Madonna refused the nomination and to this day has not explained the reasons for the refusal.

The fan-favorite singer of one of the main songs of the century "I Will Always Love You" was nominated for her own star in 1995, but her representative and staff never approached the Chamber of Commerce to set a date for the awards ceremony. During an interview, his brother's wife and part-time manager of Whitney Houston said that "she did not want to have her name stepped on with feet."

Although the legendary musician agreed to accept his star on the Hollywood Walk of Fame, in fact he never received it. The fact is that he simply did not appear at the public awards ceremony. As a result, the committee in charge of the awards has introduced a rule that obliges the stars being awarded to attend the event. “We call it the Springsteen Rule,” Walk of Fame producer Ana Martinez joked during an interview.

If there is one person with a multi-faceted career who has certainly earned this tiny patch of real estate on the sidewalk, it is the actor and director Clint Eastwood. From the westerns of the 60s, to which he owes his fame, to this day, the American titan of the film industry is still in the profession and managed to work in 72 films. And that's just as an actor. He also participated in many other films as a producer and director.

Despite having worked in the industry for many years, he was never interested in getting his star. Clint Eastwood has been nominated many times for various reasons, but his response has always been a polite but firm no.

Despite the fact that we all saw Vivian Ward, played by Julia Roberts, standing on this famous boulevard at the beginning of the film "Pretty Woman", unfortunately, we will not find the name of the actress there. In June 2019, Julia Roberts was nominated for a star who could appear in 2020, but she turned down the offer. Like Springsteen, she didn't care if she owned a small piece of land with her Hollywood star or not.

The country music artist, who was very successful in the 70s and was also involved in social activities related to humanitarian and environmental issues, lost his star in 1982. And this despite the fact that his representative paid $ 3 for its installation on the Hollywood Walk of Fame. Neither John Denver nor his manager found a way to agree on a date for the ceremony.

Be that as it may, in 2014, members of the artist's family agreed to install a star posthumously, 17 years after his death. “We are proud to honor one of the iconic American performers that we all miss. Luckily, we have his amazing music to remember him for,” said the president of the Hollywood Chamber of Commerce.

While the award-winning actor and director has rightfully earned his star on Hollywood Boulevard, he doesn't seem to be very interested in it. He never set a date for a public ceremony despite being nominated. Therefore, his star is still waiting to be installed.

Another name you won't find on Hollywood Boulevard is George Clooney. He became famous after the release of the series "ER". And this is not because he was not selected or nominated, but because he also did not set a date for the installation of the star. For this reason, the process was also suspended. Let's hope that the deadline does not expire and he still finds time to participate in the ceremony.

The memorable and extravagant Prince, who became the performer of one of the hits of the century "Purple Rain", also has no place on the Hollywood Walk of Fame. For the sake of clarity, we note that this is not at all because he was not selected or was not offered to him. He was nominated for his own star in the 90s. The organizers expected to hold the ceremony at the end of the decade, so that the event would echo the title of the singer's 5th album, 1999. However, according to Ana Martinez, he rejected the initiative, saying that his time had not yet come.

After Prince's death, his name resurfaced once again in this story when fans wanted to posthumously establish the star of their favorite singer. But according to the rules of the Chamber of Commerce, this must take 5 years from the date of death. However, this did not stop Prince's fans and they themselves inscribed his name on the Walk of Fame.

Muhammad Ali agreed with the installation of his star in Hollywood, but due to religious beliefs, he did not like the idea that people would step on the name of Muhammad. Therefore, when in 2002 a memorial plaque was opened in honor of the great boxer on the wall of the Dolby Theater, his star was also placed there, which became the first and only not on the sidewalk, but on the wall.

Star charity: concerts in support of Ukraine will be held in the USA

Six ways to cut your medical bill in the US

International Legion: Americans told how they are fighting in Ukraine and why they went there