This is not news to anyone: life in the US can be expensive. But if you're willing to forego the quaint coastal cities, you can find a place to live that's more affordable. About the 10 cheapest places to live in the US told the publication Money Talks News. 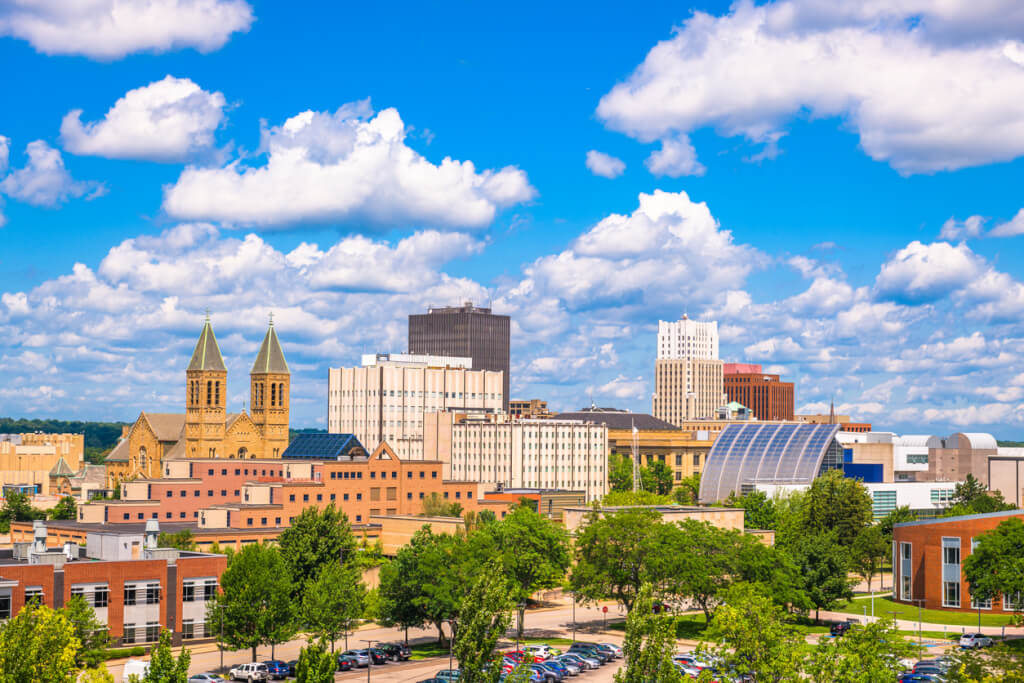 The Niche platform publishes an annual list of the most affordable cities in the US based on data site analysis to determine the cost of living. The analysis takes into account factors such as the cost of housing, food, fuel, as well as average tax rates and other elements that affect overall affordability.

Akron, with a population of 197, was named the "rubber capital of the world" thanks to the founding of the Goodyear Tire & Rubber Co. in 000. The city received an A for both variety and nightlife. The median home value here is just $1898 and the median rent is $83, well below the national average.

Beaumont, with a population of 117, is located on the Neches River, near the state's border with Louisiana. The median home price is only $000 and the median rent is $123. Neches enjoys all the cultural amenities of a campus thanks to Lamar University, whose campus is part of the University of Texas system.

Buffalo, with a population of 256, is not only famous for its chicken wings. The second largest city in New York State is home to two professional sports teams, the Buffalo Bills and Buffalo Sabers. It ranked 000th in the list of cities with the most innovative workers.

On the subject: Published rating of the happiest countries in the world: the United States entered the top 20

Evansville, with a population of 118, is the third largest city in the state after Indianapolis and Fort Wayne. It is home to the University of Evansville and the larger University of Southern Indiana. But Filterbuy's analysis declared Evansville the hottest city in Indiana, with 000 days of the year temperatures in excess of 66 degrees Fahrenheit (90 Celsius).

Toledo, with a population of 275, received an A for both standard of living and a variety of other amenities. In addition, Toledo topped Realtor.com's list of markets where home prices are falling.

Americans consider Dayton, with a population of 140, an affordable place to put down roots. Researchers at Filterbuy included Dayton in their list of 000 cities where homeownership has grown the most over the past decade. There is something to do and see here - the city has a ballet group, a philharmonic society and an opera.

If you're a fan of Irish Notre Dame Fighting football, you've probably heard of South Bend, which has a population of around 103. The University of Notre Dame was founded here in 000 and consistently ranks high among American universities. If football isn't your game, Notre Dame boasts the Snite Art Museum and home to the annual Notre Dame Shakespeare Festival.

Brownsville, in third place, is on the US-Mexico border and is home to about 182 people. Brownsville is one of the best cities for working parents in 000, according to SmartAsset analysis. The website took into account factors such as childcare costs, housing costs, crime rates, and average travel time.

In Wichita Falls, the median home value is $104 and the median rent is $800. There is a military presence in the city as Sheppard Air Force Base is located north of the central business district. The city's namesake waterfall was washed away by a flood in the 828s, but in 1800 the city built a new version that is a favorite backdrop for wedding photographs.

Fort Wayne is the second largest city in Indiana after the state capital Indianapolis with a population of over 268. According to Niche's analysis, the median home value is just $000, well below the national average of $121.

The median rent is $777, compared to $1096 statewide. It's arguably inexpensive to live here, but you can still enjoy plenty of cultural attractions - the city has the Fort Wayne Ballet, the Fort Wayne Museum of Art, and the Vollinger Freimann Botanical Conservatory.

Three important facts about Medicare insurance: not knowing them can cost you a pretty penny

63% of the world's population will die: scientists have estimated what will happen in the event of a nuclear war between the United States and Russia