Home World 'Almost 100% accurate': how dogs are used at the airport to detect COVID-19

Researchers conducting a pilot program at Helsinki Airport say dogs can identify the virus in seconds. The Guardian. 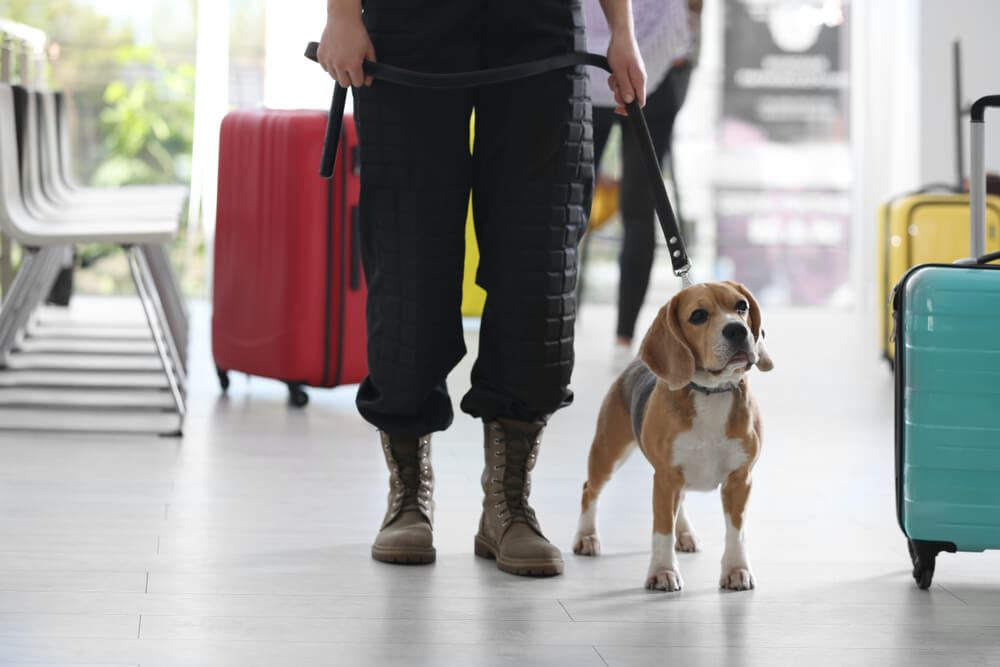 Four sniffer dogs have begun work at Helsinki Airport as part of a government-funded pilot scheme that Finnish researchers hope will provide a cheap, fast and effective alternative method for testing people for the virus.

According to Anna Hilm-Bjorkman of the University of Helsinki, a dog is able to detect the presence of coronavirus within 10 seconds, and the whole process takes less than a minute.

“This is very promising,” said Hilm-Bjorkman. "If it works, it could be a good screening method in other places such as hospitals, nursing homes, and sports and cultural events."

Upon receipt of baggage, arriving international passengers are asked to wipe their skin with a tissue. Then, in a separate room, a glass with a napkin is placed next to others containing control odors, and the dog begins to sniff.

If it indicates that a virus has been detected (usually by barking, touching or lying down), the passenger is advised to take a free standard polymerase chain reaction (PCR) nasal swab test to confirm the dog's “verdict”.

In preliminary university tests, dogs that have been used successfully to detect diseases such as cancer and diabetes were able to identify the virus with almost 100% accuracy, even days before the patient developed symptoms.

Dogs can identify COVID-19 with a much smaller molecular pattern than PCR tests, according to Helsinki Airport officials, requiring only 10-100 molecules to detect the virus, compared to the 18 million needed for laboratory equipment.

Authorities in Vantaa (the city where Helsinki International Airport is located) said the pilot program, to be carried out in the last four months, cost € 300 (more than $ 350), which they say is significantly lower than for laboratory testing methods. ...

On the subject: What New York airport is doing with seized prohibited items and products. VIDEO

While COVID-19 is known to infect minks and cats, dogs lack the receptors necessary for the virus to gain a foothold and, according to Hilm-Bjorkman, it is not easy for a dog to become infected. There is no evidence that they can transmit the virus to humans or other animals.

Finnish scent training organization Wise Nose is training a total of 16 dogs for the project, 10 of which are expected to work at the airport. Four have already started.

Researchers in countries such as Australia, France, Germany and the UK are reported to be working on similar projects, but Finland is the first country in Europe where dogs are working to find the coronavirus. A similar test began last month at Dubai International Airport.

The lost dog walked 90 km in search of its owners

Danger to people and animals: in Utah, the dog died due to toxic algae in the river