Home Our people Texas vs California: how it lives in the cheapest and most expensive states in the USA

Texas vs California: how it lives in the cheapest and most expensive states in the USA

Author of the channel InTrend. Today on Yandex Zen told what are the living conditions in the cheapest and most expensive US states. Next - from the first person. 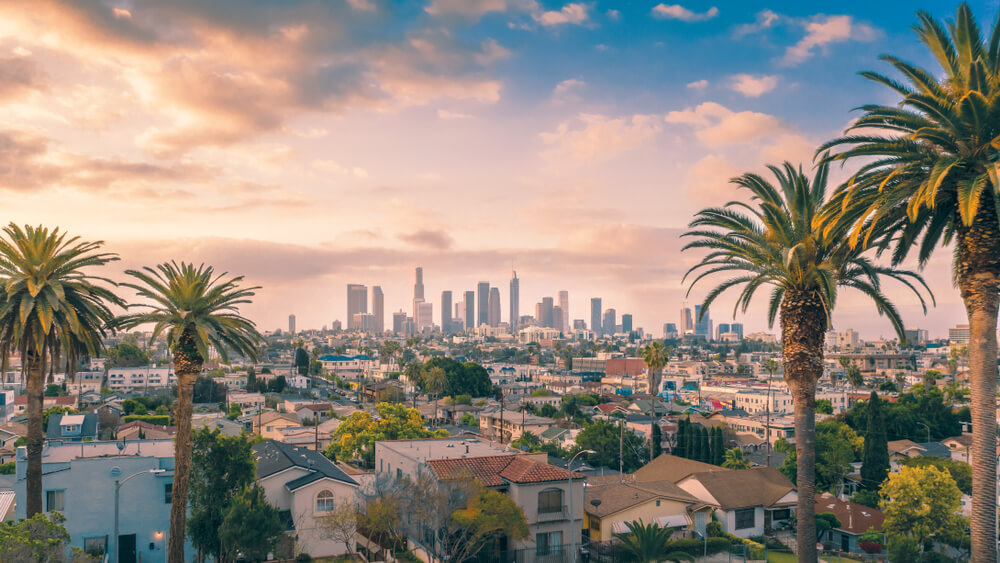 Today I decided to talk about how Americans live in the cheapest and most expensive US states. And is it true that in Texas even minors carry weapons, and in California the largest number of homeless people?

Let's start our journey in Texas, which many associate with unbearable heat, cowboy boots and Mexican cuisine. And personally, I also have the movie "The Texas Chainsaw Massacre".

On the subject: On the border of Mexico and the USA: how the poorest city in the United States lives

Texas is the cheapest state in America and was an independent state until 1845. I would like to note that many people to this day consider themselves to be residents of a separate country, and every third car flaunts the flag of a "lone star" And almost every Texan has a car, as it is a necessity. Every day people have to overcome huge distances, so every child on his 16th birthday is waiting for a car as a gift.

Indeed, Mexican cuisine predominates in this state. However, over time, it changed under the influence of the American and now it is called “Tex-Mex”. Most of all here they love a barbecue, which is arranged for every occasion and without it, and Texas chili is considered the perfect complement to a juicy steak. By the way, the first hamburger was prepared here.

NASA’s space center and Boeing’s headquarters are located in the cowboy’s state, and 32% of the country's black gold is mined. Here, the cheapest housing in America: for example, renting a one-room apartment will cost you $ 1000 per month. And you can buy luxury apartments for $ 200.

The minimum wage starts at $ 8 per hour, and a full meal will cost you $ 45 for two. Most locals give 10% of their profits to churches.

What else can you say about Texans? They love football. It is customary to build huge school stadiums here, not sparing money on it. And half of the citizens go with weapons, as they love to collect them. Most girls under 18 can handle a shotgun with ease. The most common animals are bats.

It is also true that the favorite shoes of Texans are cowboy boots. They are worn in any weather and at any time of the year. Despite the fact that the clothes here are quite cheap, you will have to pay about $ 500 for high-quality boots. But it's worth it. And the heat here really isn't for weaklings. Sometimes you can't hide from her even at night. Long live air conditioners!

Now discuss life in the most expensive state of the United States. Here, as in Texas, it is customary to drive your own car. However, the climate is more sparing, and the beach and the ocean can not leave indifferent any traveler.

California has a mixed cuisine (American, Mexican and Asian). The most common dishes are tacos and burritos, and of course, seafood, lots of seafood. In addition, this state is the birthplace of McDonald's.

But life, however, is more expensive. The minimum wage is $ 11 an hour. Renting a small apartment will cost you $ 1500 per month. Lunch - $ 65 for two. A family with an income below $ 52 is considered poor and receives government assistance.

Despite social assistance and charitable work in California, the homeless population is incredibly high: 26% of all US strollers! They sleep on the sidewalks and build tents on the beaches. Assistance in the amount of $ 714 is not enough to pay for expensive housing.

Most of the unemployed and homeless are Americans who lost their homes by court order because they could not pay for it as a result of higher prices, as well as adopted children who fled to the streets.

On the subject: The most vulnerable coastal city in the world: what will happen to Miami by 2040

What else interesting can you tell about this state? California is America's most cosmopolitan state, and the entire California coastline is a national monument. The tallest tree in the world (115 m) grows here, and in the town of Livermore there is an incandescent lamp that has been burning for over 100 years.

There is a huge amount of entertainment, developing IT-technology, aviation industry and agriculture.

Ghost town: how the fight against coronavirus affected the life of New Yorkers

Dependence on cars and one supermarket per city: why ours is unusual in one-story America

The most scenic and romantic road in the USA: what you need to know about traveling on the famous highway in California