Home World Terrorist attack in Nice: unknown attacked people with a knife, there are killed and wounded

An unknown person attacked people in Nice with a knife: three were killed, several people were injured, writes Air force. 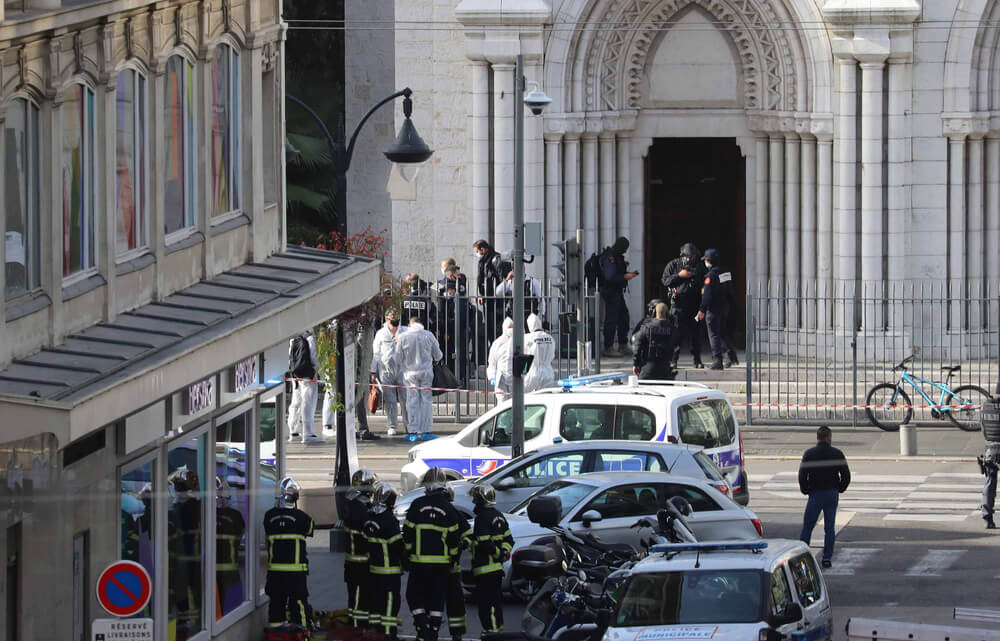 The Mayor of Nice, Christian Estrosi, told the media that the suspect was detained, the incident looks like a terrorist attack.

The Nice attack took place near the church. The attack resulted in three casualties in total, Estrosi said. At the same time, two people died directly in the church.

“Nice has paid too high a price, like our whole country in recent years,” he said and urged the city's residents to unite.

The mayor said the attacker is currently in the hospital, writes "Lenta.ru".

It is reported that French President Emmanuel Macron has already left for Nice in connection with the incident.

On the subject: In the USA, it is impossible to collect statistics on the crimes of illegal immigrants: why is this a problem

Earlier it became known that during the attack one woman was beheaded. This was announced by a source in the police and told by the leader of the party "National Union" Marine Le Pen.

French Interior Minister Gerald Darmanen wrote on Twitter that the police are working at the scene, and he himself is in charge of the crisis meeting in the Ministry of Internal Affairs. He urged citizens to stay away from the crime scene and follow the instructions of the authorities.

According to reports, the attacker was detained. He is currently being interrogated. According to the Mayor of Nice, Christian Estrosi, the attacker continued to shout "Allahu Akbar!" even after the arrest, writes DW.

European Parliament President David Sassoli in connection with this incident called the Europeans for solidarity.

“I am deeply shocked and saddened by the news of the horrific attack in Nice. Everyone in Europe experiences this pain. We must rally against violence and those who try to incite and spread hatred, ”he wrote on his Twitter microblog.

Nice is a famous Mediterranean resort since the last century with a population of 340 thousand people.