Home Educational program Melting Arctic ice does not raise sea levels: then why are we afraid of global warming

American scientists have found that the floating ice sheet of the Arctic Ocean has shrunk to the second-highest level since satellite observations began in 1979. At the same time, this practically does not affect the world sea level. Why, then, the issue of melting Arctic ice is important for humanity, explained the publication France24. 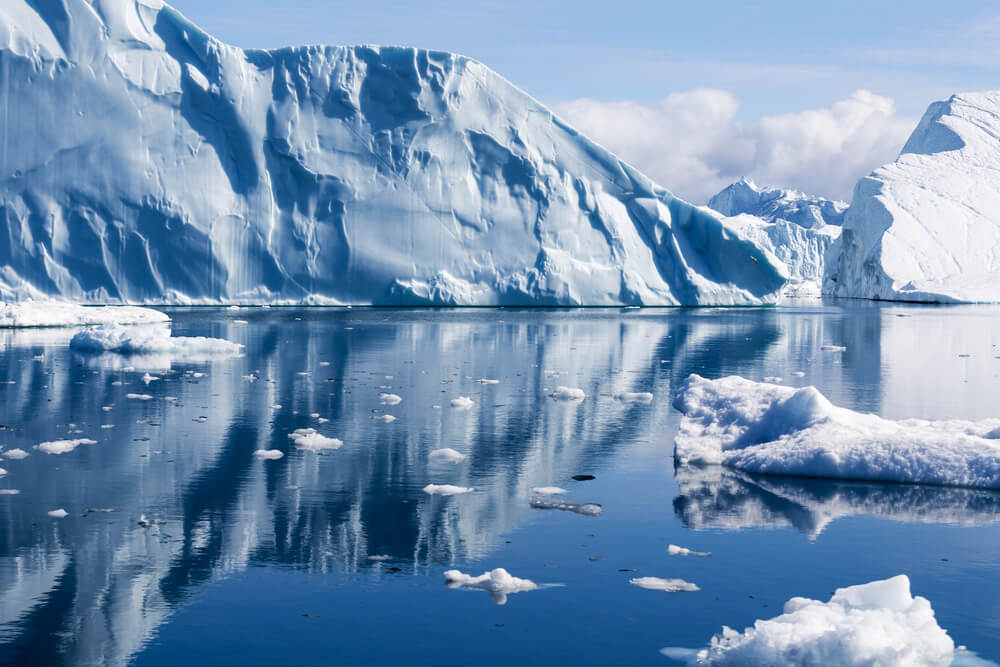 Until this moment, only once in the last 42 years ice covered less than four million square kilometers.

The observed trend is that the area of ​​sea ice decreases by 14% per decade. The first ice-free summer in the Arctic could begin as early as 2035, researchers said in the journal Nature Climate Change.

But all that melting ice and snow doesn't directly raise sea levels, just like melted ice cubes don't overflow a glass of water. And this raises an awkward question: why is global warming and the melting of the Arctic ice important for humanity?

Of course, this will be bad news for polar bears, which, according to a recent study, are already on their way to extinction. And yes, it will definitely have a profound impact on marine ecosystems - from phytoplankton to whales.

But if we consider the impact of this process on humanity as our main concern, then the reason for such increased attention to this problem is not entirely obvious.

It turns out that humans have several reasons to be concerned about the potential consequences of depleting Arctic ice.

Scientists say that the reduction in the planet's ice cover is not only a symptom of global warming, but also a driving force.

Freshly fallen snow reflects 80% of the sun's radiation force back into space. But when this mirrored surface is replaced by dark blue water, roughly the same percentage of the energy that heats the Earth is absorbed instead.

The difference between the average minimum ice cover from 1979 to 1990 and the lowest point reported today is more than 3 million square kilometers.

The oceans have already absorbed 90% of the excess heat generated by man-made greenhouse gases. They had to pay a terrible price for this, including changing water chemistry, sea heat waves and dying coral reefs.

And at some point, scientists warn, the ocean, acting as the Earth's heat sponge, may simply soak through and through.

Even small changes in the Great Ocean Current Conveyor, which moves between the poles and across all three major oceans, can have devastating consequences for the climate.

For example, nearly 13 years ago, as the Earth transitioned from an ice age to an interglacial that allowed our species to flourish, global temperatures plummeted by several degrees Celsius. After 000 years, they jumped again.

Geological evidence suggests that part of this was due to a slowdown in thermohaline circulation due to the massive and rapid influx of cold fresh water from the Arctic region.

“Fresh water from melting sea ice and ground ice in Greenland is weakening the Gulf Stream,” said Xavier Fettweiss, a research assistant at the University of Liege in Belgium. "This allows Western Europe to have a milder climate compared to the same latitude in North America."

The net loss of massive ice sheet onshore Greenland last year was more than one and a half trillion tons, and it all leaked into the sea.

Unlike sea ice, which does not raise sea levels when it melts, runoff from Greenland does this. Greenland's record amount of glacier melting is due in part to rising temperatures, which are rising twice as fast in the Arctic as the planet as a whole. But it was also caused by changing weather conditions, especially an increase in the number of sunny summer days.

“Some studies show that this increase in anticyclonic conditions in the Arctic in summer is partly the result of the minimal extent of sea ice,” Fettweis said.

According to a July study published in the journal Nature, the current trajectory of climate change and the onset of an ice-free summer in the Arctic (according to the definition of the climate science group of the UN IPCC, this summer will be considered the period when the ice area in the region is less than one million km2) - will indeed lead to the extinction of polar bears by the end of the century.

“Human-induced global warming means polar bears have less and less ice to hunt in the summer months,” said Stephen Amstrup, lead author of the study and chief scientist for the International Polar Bear Association. "At this rate, the polar bear's final destination is extinction."

'Faster and faster': Greenland ice sheet is melting at record

Sand and bananas: six things that may soon disappear