Home Page In the U.S. 'This has never happened': the center for the study of wildfires of California gave a frightening forecast for the season

On the second day of April, the skies over the San Francisco Bay Area were clear, and the view from the sun-drenched Mount Umunhum in the South Bay revealed a sea of ​​green bushes and trees that carpeted the surrounding Santa Cruz Mountains. SF Gate. 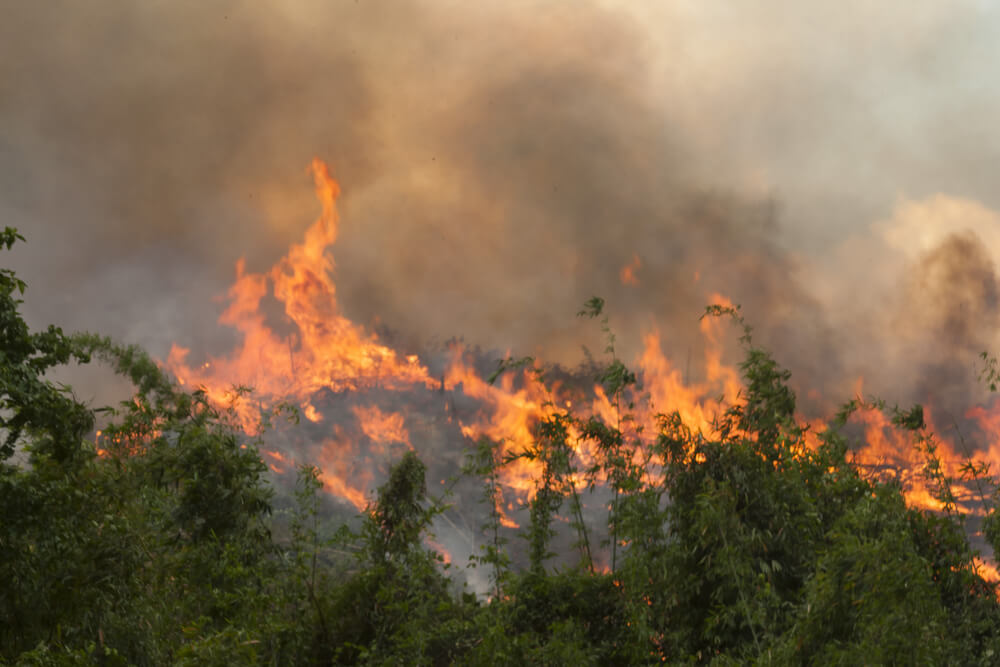 It was a beautiful sight, but a team of scientists at the University of San Jose's Wildfire Interdisciplinary Research Center - the only forest fire research center in California - noticed something was wrong.

“I was shocked when we went up there, because usually in April we have a lot of new shoots. But we don't see any new shoots now, ”said Craig Clements, SJSU professor and center director. - We did not see any lighter, bright green growths sprouting from the growth. Usually we take trims of new stems, and there were none. This has never happened. "

Clements shared the image on Twitter and wrote: “The lack of rain this season has seriously affected the moisture content of the combustible material in the bushes. I've never seen them look so dry in April. April is the climatologically highest level of the FMC season. Very frightening! "

FMC stands for Fuel Moisture Content, a measure of the ratio of moisture to combustible material in plants that indicates how prone they are to fire. To measure FMC, the researchers weigh "wet" samples, dry them for 24 hours, and then reweigh them to obtain a dry weight, Clements said. They often use clippings from chamiz, one of the most common plants in the California shrub landscape. They are also testing samples from bearberry trees, another native of California.

The concept may sound daunting, but it's actually simple. When the moisture content of fossil fuels is high because the plants are lush and filled with water, forest fires do not break out or spread easily. When it is low, because the vegetation is dry, parched, or even dead, forest fires start easily and spread quickly.

Fuel moisture levels in the Santa Cruz mountains are shockingly low this year as the state emerges from its second consecutive rainy season, marked by dry conditions. The 2020-2021 winter was the third most drought on record, according to the California Department of Water Resources. The region's reservoirs have exhausted half of their full capacity.

Clements said the lab operates three FMC facilities in the ridge - one on Mount Umunhum, another in the Scotts Valley, and one in the hills beyond Los Gatos - and all dimensions were bleak. All three sites are part of the National Fuel Moisture Database, which was launched in 2001 as a tool for fire behavior experts. The data collected in April will be used by fire agencies, including Calfire and the US Forest Service, in the coming months, when fire breaks out in the Santa Cruz Mountains and across the state.

On April 2, laboratory researchers also visited Blackberry Hill, collected samples and performed calculations that revealed a shocking figure. The average moisture content of the fuel for this site is 137%, and the previous minimum was 115%. This year it was 97%.

This value is even lower than that observed during the state's last major drought, which lasted from 2012 to 2016.

“These values ​​are the lowest we have seen,” Clements said. "This suggests that the plants are under a lot of stress and that the lack of rain leads to drier conditions at this time of year."

The discovery was made a year after California experienced the largest bushfire season in modern history, with over 10 bushfires engulfing over 000 million acres of land, more than 4,2% of the state's approximately 4 million acres. according to Cal Fire. The bushfire season was compounded by a rare thunderstorm in August that set off a string of wildfires across California, including the CZU lightning complex that engulfed 100 acres in the Santa Cruz Mountains. “CZU” refers to the Cal Fire designation for the San Mateo Santa Cruz Division, the administrative division of San Mateo, Santa Cruz and San Francisco Counties.

Clements fears this season could be just as dire, but only time will tell if that will be the case.

“It’s hard to say if it’s going to be worse, but it could be very similar,” he said. "Until there is lightning, we should be in better shape, but our natural fuel is not."

After the earthquake in California, 80 aftershocks occurred in two days: what to prepare for

In Florida, an emergency was declared due to a water leak with chemicals: residents of hundreds of houses were evacuated

While the American went to the store, a swarm of 15 thousand bees seized his car.