Home Our people 'So, as it is now, never happened': how the service station of Ukrainian immigrants survives in quarantine

'So, as it is now, never happened': how the service station of Ukrainian immigrants survives in quarantine

Quarantine declared in the USA caused serious damage to the country's economy. Small and medium-sized businesses suffer the most, where they rely on a constant flow of customers. These days, Americans travel much less with their own vehicles, hence less work with automobile mechanics. How auto shops are held, on the example of Ukrainian owners, is described in the video "Voices of America". 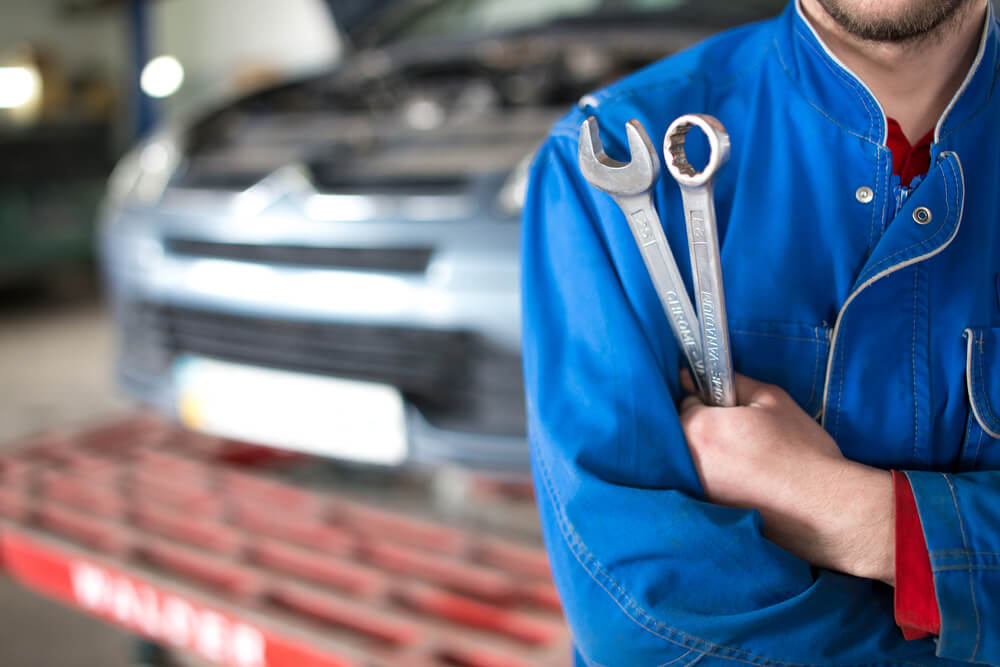 Car repair is a vital business in Maryland and continues to work during quarantine. The owners of the technical service station (STO) are brothers immigrants from Kiev Dmitry and Mikhail Tepelboim.

HUNDRED repairs a car in the city of Geisterburg for 15 years. The owners well remember the times of the financial crisis of 2008, however, they say that it has never been so bad as it is now.

“This is the most difficult period in the history of our business. There were falls before, but it was never like it is now. We feel this very much, it affected everything - the supply of spare parts, poor choice and generally the tension around, ”says Mikhail.

“You don't know where you can catch this virus and when, you can't see it, you can't hear it,” says Dmitry.

Due to the pandemic, the owners lost a lot of orders, but did not cut staff and did not cut salaries, although the mechanics now have much less work.

On the subject: Two immigrant doctors from Ukraine die from coronavirus in New York

What now saves them from bankruptcy is the car repair of those companies that serve a vital business.

“Transport is the first thing that medical workers and policemen need to move around. All of them should be able to travel, ”says Dmitry.

“We have contracts with large companies that either have a network of senior citizens' homes or serve schools. We repair their trucks, ”says Mikhail.

Owners say that only in the last 3 weeks of quarantine their incomes fell by 60%.

To cover the costs, the brothers filed a request for government assistance.

“Now we are applying for government assistance, if everything succeeds, then the government will pay the workers' salaries and rent for us for two and a half months,” says Dmitry.

However, with government assistance, it is also not so simple, because the state loan will most likely have to be repaid.

“If we need these funds, of course, we will use them, if not, we will return them, so that later we do not pay off the loan,” says Mikhail.

Six people work at the service station, workers admit that they are afraid of contracting a new coronavirus, however they are more afraid of losing the opportunity to feed their families.

“It's very scary, it's dangerous now. I have many friends in New York who are ill, ”says auto mechanic Richard Ganga.

On the subject: 'Our mentality helps to survive': how Ukrainians who are left without work in the USA cope

During machine repairs, it is very difficult to maintain a social distance between colleagues. Therefore, to prevent the virus from reaching the station, the machines that the customer brings for repair are disinfected here.

“We are trying to limit personal contact with customers. There are clients who just bring the car, tell us that they left it on the street, and the keys are inside, and ask to call when it is ready. We try to keep our distance as much as possible, ”says Dmitry.

“We were told to clean the car well, change gloves and masks. As soon as we get a car, we disinfect it before we start working with it, ”says Richard.

Milan, a long-standing car service client, says he is not particularly worried about the coronavirus.

“I have been bringing cars here for years, I have known Dmitry for a long time, he and his brother are doing their job very well. I feel like nothing has changed, I don’t want to go deep into these matters, I still cannot control them, ”says Milan.

Responsibility for the safety and health of everyone at the workshop lies with the owners. And while the pandemic has diminished their condition, it has also become a survival lesson for the brothers. They not only adapted to new realities, but also realized that the most important thing in their business is the people who work for them.

'Can save lives': Ukrainians in the USA talked about their experience of online medicine