Home In the U.S. The son of a Russian deputy in the United States added 14 years to a prison sentence of 27 years 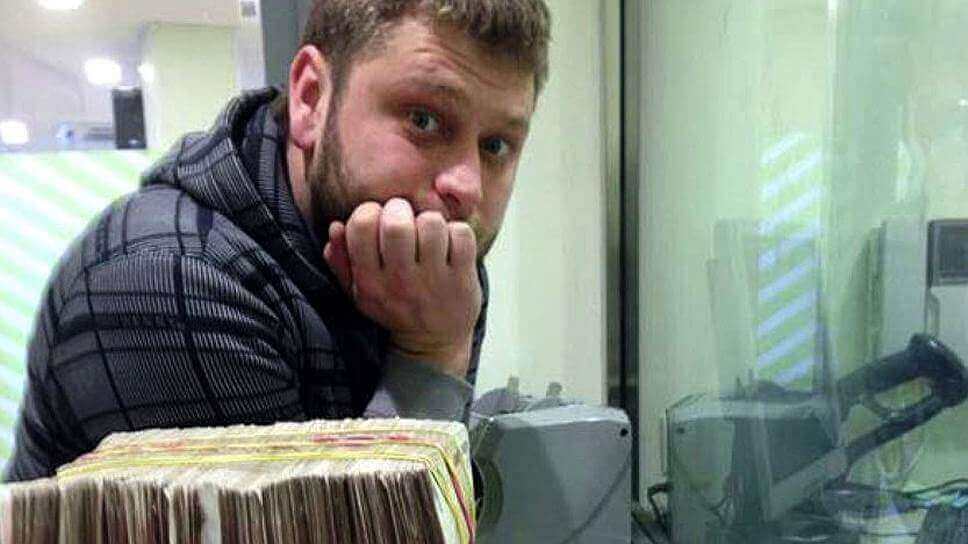 Russian Roman Seleznyov was sentenced in the US for cybercrime for 14 years of imprisonment, which he will serve simultaneously with 27 years in prison, received im in april in washington state.

According to Air force, the appeal of Seleznev in the Washington case is currently being considered by the appellate court of the Ninth Circuit.

His current sentence relates to criminal cyber fraud cases brought against him in Nevada and Georgia. September 7 33-year-old native of Vladivostok pleaded guilty in both cases in exchange for the promise of the prosecutor’s office not to demand more than 168 months for him, that is, 14 years in prison.

On the eve of the verdict, Russian lawyer Igor Litvak sent a voluminous document to the federal judge, asking him not to give Seleznev more than 108 months in prison.

It is noteworthy that, unlike the Ministry of Foreign Affairs of Russia and the father of his client, State Duma deputy from the Liberal Democratic Party Valery Seleznev, Litvak did not state in his petition that Seleznev Jr. was abducted in the Maldives, from where he was taken to Guam and then to Seattle where he listened to his first sentence.

At the moment, Seleznev is in the bullpen in Atlanta. On November 7, Litvak sent a letter to the US Federal Prison Administration with a request to place Seleznev to serve a prison in Fort Dix in New Jersey, where a significant Russian contingent sits, including the pilot Konstantin Yaroshenko, who is serving a US 20-year sentence for conspiracy cocaine smuggling.

The lawyer said that Seleznev, who was seriously wounded in Marrakesh during the 2011 bombing of the year, was diagnosed with epilepsy, and the titanium plate covers 30% of his skull. He also has hepatitis B, which he contracted as a result of blood transfusions.

Litvak also notes that his law office is located in New York, and Fort Dix is ​​located near the city, so it will be easier for Seleznev to communicate from there with his lawyer during the consideration of the appeal.

This time, the prosecutor’s office did not submit to the court a retaliatory petition with counterarguments.

In Nevada, Seleznev was accused of running the site. Carder.suwho traded in other people's credit card details and personal data. According to the calculations of the charges, the damage caused to them amounts to 50,1 million dollars.

Carder.su was liquidated during the operation Open market. 55 people were prosecuted, 33 of whom were convicted, and the rest are either awaiting trial or are on the run.

In Georgia, a Russian was charged with hacking into a large company and stealing debit card numbers, which allowed fraudsters in November 2008 for some 12 hours to take out a total of 280 million dollars from thousands of ATMs in 9,4 cities of the world.

2 million of them went to Seleznev personally, the prosecution argued.

Litvak's petition begins with a story about Seleznev's difficult childhood, whose parents divorced when he was 2 years old. He and his mother lived in a communal apartment with four other families, his mother, Irina Goroshenko, was an alcoholic and died of alcohol poisoning when he was 17, “and there was no one to help him bury her.”

Having got a job in a small computer shop, Seleznev, deprived of his relatives, who could put him on the right path, took up cybercrime.

The lawyer tells how in 2009, robbers broke into Seleznev, who tortured him all night to find out where he was hiding money. He had to take refuge in Bali for a while.

In 2011, he flew to Morocco to meet with his father after many years of separation, and got into a terrorist attack. The lawyer encloses a letter from King Mohammed VI, who wishes Seleznev a speedy recovery.

His wife Svetlana Zharova, with whom he signed for 3 of the year before and has a daughter, Eva, left him at that moment when she decided that after injuries in Morocco, he would not be able to return to normal life, and soon filed for divorce.

In 2013, Seleznev was engaged to Anna Otisco, with whom he was vacationing in the Maldives, when he was detained on July 5, 2015 by border guards and quickly handed over to the Americans. According to Litvak, she and her four-year-old daughter Anastasia "love him and swore that they would wait for his release and return to Russia."

The lawyer notes that all of Seleznev's accomplices in the Nevada case received less than him. Alexander Kostyukov, for example, was sentenced to 108 months in prison, and Kasir Mukhtar - to 24 months. The rest of the convicts received from 24 to 60 months. Only one was sentenced to 150 months.

In Georgia, the picture is the same: sentences there range from 30 to 135 months. To give Seleznev 168, which prosecutors insist on, would violate the principle of proportionality of sentences, Litvak said.

Attached to his request are letters in which close people ask the judge to show leniency to Seleznev. He is described as “a kind-hearted, humble, positive, unselfish and very honest person,” “a loyal friend,” and a “very responsible and caring father”.

Considering that the judge sentenced Seleznev to the maximum, the letters did not impress him properly.

Revelations of a Russian woman suspected of cruel murder: an interview from an American prison

The daughter of an immigrant from Odessa, who became the idol of Americans: the famous judge Ruth Ginsburg died in the USA