Home In the U.S. Swine flu: how Americans were vaccinated during a pandemic and how this experience is useful

In early 2009, a new H1N1 influenza virus, also known as "swine flu", emerged in Mexico, and in the middle, the World Health Organization declared the outbreak a pandemic, recalls Healthline... By the end of April of that year, the Centers for Disease Control and Prevention (CDC) had already begun work on a reliable source of the vaccine. 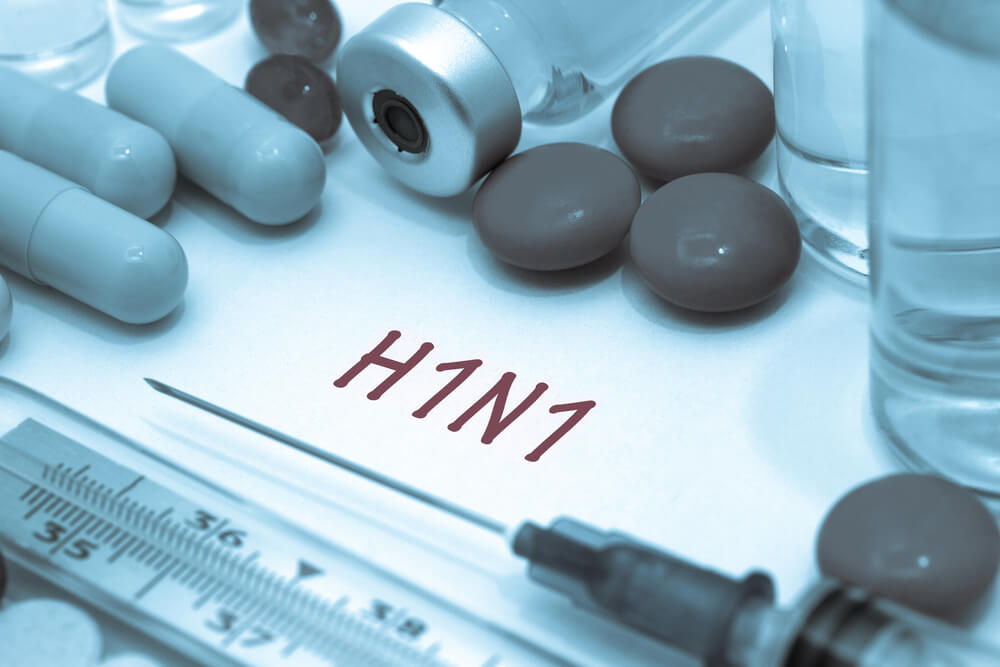 Dr. Rebecca Wurtz, an infectious disease specialist at the University of Minnesota School of Public Health in Minneapolis, said the government also did a poor job of communicating where the vaccine would be available and who should be first in line to receive it.

“The vaccine was not always available when people needed it, or where they needed it,” she said.

These problems have led to a drop in public confidence.

A Gallup poll in early November 2009 found that 54% of adults said that the federal government is doing its job poorly or very poorly in providing the country with enough H1N1 vaccine.

The reason for the shortage of the H1N1 influenza vaccine was that the government relied on 70 years of egg vaccine production - the same method commonly used to produce seasonal flu vaccine. However, the vaccine yield from this process was much lower than even conservative government estimates promised.

Thus, by the time the vaccine became widely available in late December, the second wave of H1N1 in the United States had passed and many people were no longer interested in getting vaccinated.

Würz said parental concerns about the virus have also decreased. H1N1 was a serious illness in children, so when the virus first appeared, parents flooded the pediatrician's offices, fearing that their children were sick.

“However, by the fall, when the vaccine was available, the parents did not rush to the pediatrician,” Wurtz said, “because their anxiety levels had changed and they didn’t want to give the child another shot.”

Vaccine shortages have also led to a global struggle for limited supplies. Developed countries have placed large pre-orders for the H1N1 vaccine, leaving low-income countries including Mexico without sufficient doses.

On the subject: The collapse of confidence: why Americans are afraid of the COVID-19 vaccine

Several aspects of the H1N1 vaccine deployment have worked well. Unlike the seasonal flu vaccine, which is purchased by doctors' offices, health care providers and pharmacies, the federal government purchased a full H1N1 flu vaccine to be used in the United States.

These doses were distributed across states based on population size, and the states decided which providers should receive the vaccine.

The CDC used a centralized distributor to deliver the vaccine to the states and built a vaccination program for children (VFC). This program, which still exists today, allows state health authorities to order vaccines for distribution to private doctors and government clinics.

Dr. Catherine M. Edwards, professor of pediatrics and scientific director of the Vanderbilt Vaccine Research Program in Nashville, Tennessee, said the VFC infrastructure is performing well in terms of delivering vaccines to the states.

“However, it would be nice if we had the same adult distribution system,” Edwards said. "It was more difficult to get H1N1 vaccines for adults than for children."

Despite the hurdles, the CDC estimated that from October 2009 to May 2010, 27% of Americans over 6 months of age were vaccinated against H1N1, including 34% from the high-priority groups.

What conclusions will be useful during the current pandemic

It is difficult to directly compare the H1N1 pandemic with what is happening now. We have already seen how serious COVID-19 is - in just 5 months, more than 5 million cases of COVID-19 have been confirmed in the United States, and over 160 people have died.

However, the H1N1 pandemic could provide useful lessons on how to introduce a vaccine.

Wurtz says vaccine science has advanced since H1N1, so the US should be able to create and test a coronavirus vaccine faster and more accurately.

“But human nature has not changed, and our systems have not changed in these 11 years,” she said. "So some of the same problems that we faced then will face now."

Many of these lessons have to do with communication, including that governments should first underestimate their capabilities and then do their best job.

“This is a difficult line to get through,” said Wurtz. “It's important not to exaggerate the possibilities of what we can provide and then do a better job than we promised.”

Distribution will also need to be closely monitored by the federal government. However, the chaotic distribution of the antiviral remdesivir earlier this year does not bode well for the coronavirus vaccine.

“It is imperative that [the coronavirus vaccine] is distributed in an orderly manner that has been communicated in advance to government health authorities, state health departments and health organizations - as opposed to what happened with remdesivir,” Wurtz said.

Edwards said it's also important to have clear and consistent messages about why a coronavirus vaccine is needed, how rigorously it is tested for safety and efficacy, and its role in helping to fully reopen the country.

“We can distribute vaccine vials. It will be a problem and it needs to be worked on, ”Edwards said. "But if people don't want to get vaccinated, then whatever we distribute will not be effective."

On the subject: Russia announced the registration of the first vaccine against COVID-19: the world reacted with distrust

As with H1N1, the doses of the vaccine will likely not be sufficient to vaccinate everyone at once, so the government will need to decide who will be first in line.

Wurtz said the priority groups will be people most at risk of contracting COVID-19 - healthcare workers, the elderly, people with underlying medical conditions and key workers.

The coronavirus has also had a disproportionate impact on racial and ethnic groups in the United States, including the Black American, Native American, and Hispanic communities.

“It is clear that racial and ethnic minorities in the United States are at a higher risk of both disease and death from COVID-19,” Wurtz said. "Therefore, when introducing a vaccine, we must consider race and ethnicity as risk factors, which we have not done before."

Can cause a pandemic: Chinese scientists have discovered a new strain of swine flu virus