Top-10 of the most famous Russian dishes, which included borscht, appeared on the Google Arts & Culture platform in the project "Raskusi Rossii". Later the material was corrected, writes "New Time". 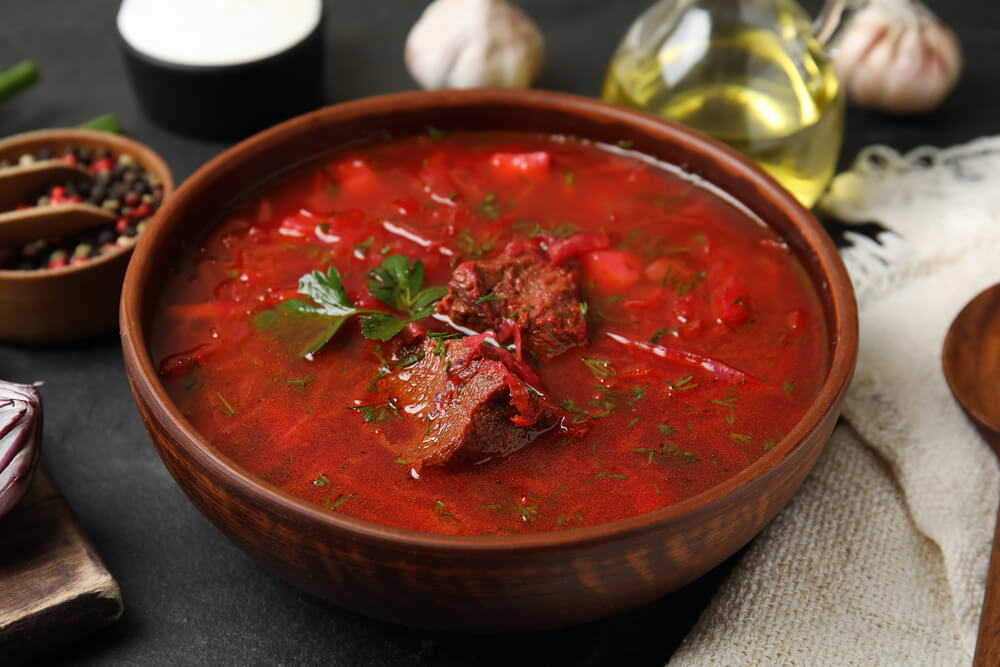 Project created jointly with the Federal Agency for Tourism of the Russian Federation. At first, the material in the Russian Google blog was called “10 Russian dishes that have gone down in history”. The fifth point was devoted to borscht.

“The history of borscht goes back centuries, but in the twentieth century this simple and hearty soup became the main dish on the menu of establishments from Khabarovsk to Brest,” the text said.

Later the name of the material was changed to “10 dishes that influenced Russian cuisine”.

On the subject: In the USA, Ukrainian borscht was recognized as one of the best first courses on the planet

We also changed the description of borscht:

"The history of borscht goes back centuries, but in the twentieth century this hearty soup became the main dish on the menu in cafes in several countries, including Russia."

The mention of different types of borscht in the blog was left as follows:

“Cookbooks have a variety of options, including Ukrainian borscht (with garlic and grated bacon), Moscow-style borscht (with different types of meat - bacon, sausages, and boiled beef), and even naval borscht (with red pepper and smoked pork) ".

Also, the new version says that “over time, new ingredients appeared in the recipes that replaced the cow parsnip, and the name“ borscht ”became collective for different soups with a sour taste."

Minister of Culture Alexander Tkachenko in his Telegram channel said that in the Russian Federation "again wishful thinking."

He wrote that borscht is an ethnic Ukrainian dish and that Ukraine pushed borscht to be included in the UNESCO Intangible Cultural Heritage List:

“Raskusi Russia also invites foreigners to go on a gastronomic tour of Russia. Interestingly, will there be tours to the captured South Ossetia for pies? Or to the annexed Crimea - for the dishes of the persecuted Crimean Tatars? Or to the captured parts of the Donetsk and Lugansk regions, where they cook wonderful borscht? "

American athletes cooked borscht and buckwheat for their Russian colleagues: it didn't work out very well