Home Page In the U.S. Dump, violence and drugs: how a wealthy Los Angeles neighborhood became a homeless camp

American Venice - this was the name of the town at one time, and now the Los Angeles area on the Pacific Ocean, says "Voice of America". 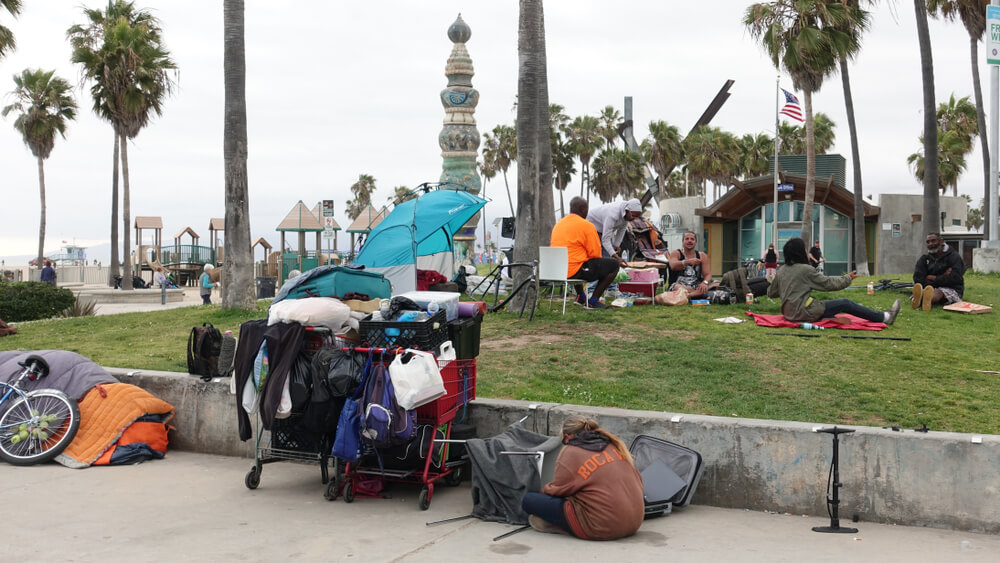 Built at the beginning of the last century in the style of Italian Venice, with canals along which you could walk on gondolas, the town served as a resort for the wealthy. More than 100 years later, the Venice Beach area is still a resort for local tourists. And now the homeless.

The beach has long been settled by people who do not have permanent housing, and during the pandemic, about 200 tents appeared on the street along the beach. Along with them, numerous problems arose.

The golden sand has become a dump, and the ocean view is blocked by numerous tents.

Greg has lived in Venice Beach for 25 years. He says that he has not seen such chaos as it was formed during the pandemic even in the most criminal times.

“It's crazy, knife fights, people are being shot at,” he says. - Two days ago I was walking the dog and a young man with a bicycle chain threatened that his dog would eat mine. And he will beat me with a chain. And this happens often here. "

Fires, fights and drugs. The area has become dangerous not only for locals and tourists, but also for the homeless themselves.

Homeless Jesse says there are many people here who use methadone and many who know nothing better than to steal things. Jesse himself moved to Los Angeles a month ago from Ohio and stopped at Venice. 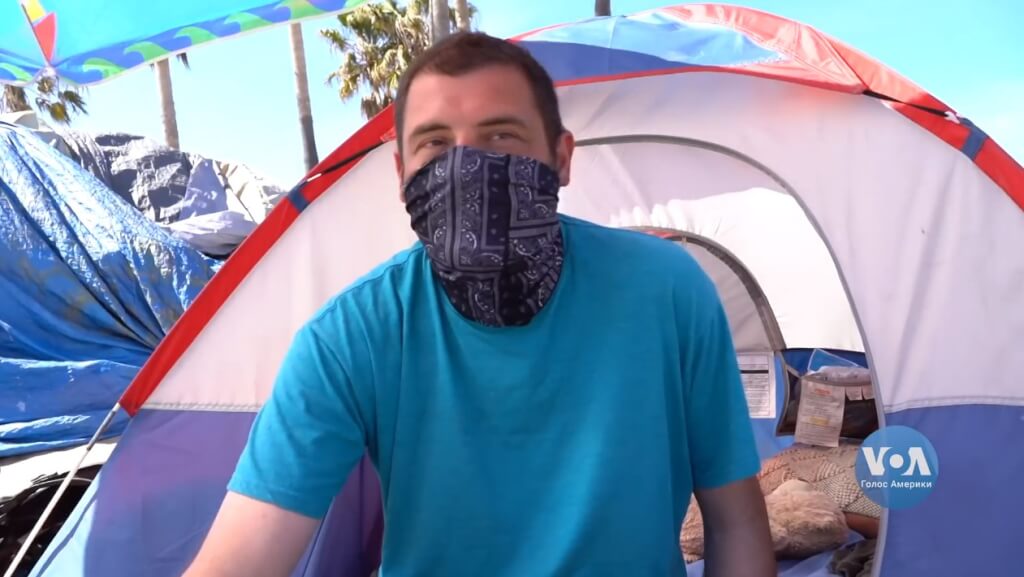 “I just walked from downtown Los Angeles and landed here. I want to be by the ocean. There is a shower here. I stayed here, ”he says. - I think I am unable to work. I tried the usual work, but because of the nervous strain, I get hives. "

California attracted him by the fact that you can legally smoke marijuana here. And Jesse, although familiar with street life, doesn't feel safe on Venice. His sneakers and speakers have already been stolen.

Jesse introduced the journalists to other residents of Venice. For example, with a man called the Drummer. He is a drug addict, drinks and takes methamphetamine. The drummer moved to Los Angeles a year ago. He says they help the homeless like nowhere else in America.

“Just today they gave me a sleeping bag, a Christian Dior shirt, a Barney's shirt,” he says. "They're all new."

The drummer drums all day, sleeps, or rests in his tent. And at night he prays that nothing will happen to him. He saw someone beaten with a baseball bat and is almost certain he witnessed the murder. 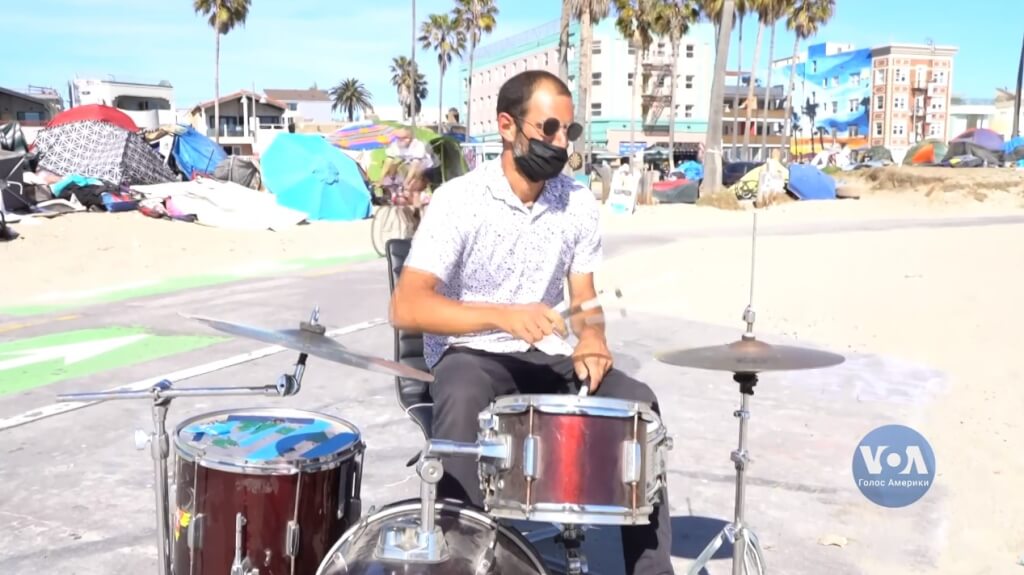 Venice remains one of the most expensive neighborhoods in Los Angeles. Local residents live literally a few meters from the tents of the homeless. And they pay a lot of money for housing. Renting a one-room apartment in this area starts at $ 2500. And now the locals are afraid to walk their dogs here.

“We just hired security guards to guard our complex at night because the situation here is just abnormal,” says resident Stacey. - We have a cluster of tents near our house. We see them from the window, their number is constantly increasing. Our monthly rent is $ 3400. ”

“We can no longer use our city. Most of us have spent a lot of money on cameras, fences, and new locks. I had two attempts to invade the house, once my life was threatened, ”said local resident Vicki.

Residents blame local authorities for allowing the homeless to camp on the beach. Representatives of the Venice area in the Los Angeles City Council argue that the problem is the number of homeless people and the lack of affordable housing. According to Michael Bonin, district spokesman for the city council, there are 30 people in the district who said they wanted housing.

“Let's offer them housing and then we can solve the problem with those who are left,” he says.

But residents believe that the promises don't work.

“You promised us to put things in order when the bridge collapsed, and I live very close. This is a disaster area. We no longer believe everything he says, ”said a resident of Vicky.

Bonin says he is ready to find any solution.

“We can no longer just say no to alternatives to homelessness,” he said. "We have to say yes to something else."

Practically every day there are consultants in the area who are trying to find shelter for these people, but the consultants say that many simply do not want to leave. ABC7.

Robert is one of them.

“Shelters are just POW camps for the homeless. I'd rather be free than have it all. I get up when I want, go to bed when I want, no curfew or anything like that, ”he said.

The drummer says, even if the majority of the homeless here are offered housing, they may end up on the street again.

“The biggest problem here is mental illness,” he says. - And drug addiction, which very often leads to mental illness, and vice versa. Therefore, it is sometimes difficult to say what it is. ”

A stowaway from the USA flew around the world dozens of times for free: how she did it

A homeless man made his way to the airbase where Biden's plane is located: he was not noticed for five hours

A village with micro-houses for the homeless has appeared in Los Angeles: what is it like to live on 6 sq. meters