Home Our people 'The wedding was played in Texas and Kazakhstan': how an American and a Kazakh woman started a family in Astana

American Brandon Brock and Kazakh woman Saule Doschanova met in Astana and played two weddings - in Kazakhstan and Texas. They told the portal Weproject.media about how they created an international family and what surprises the older generation in the native country for Saule, where the couple lives. 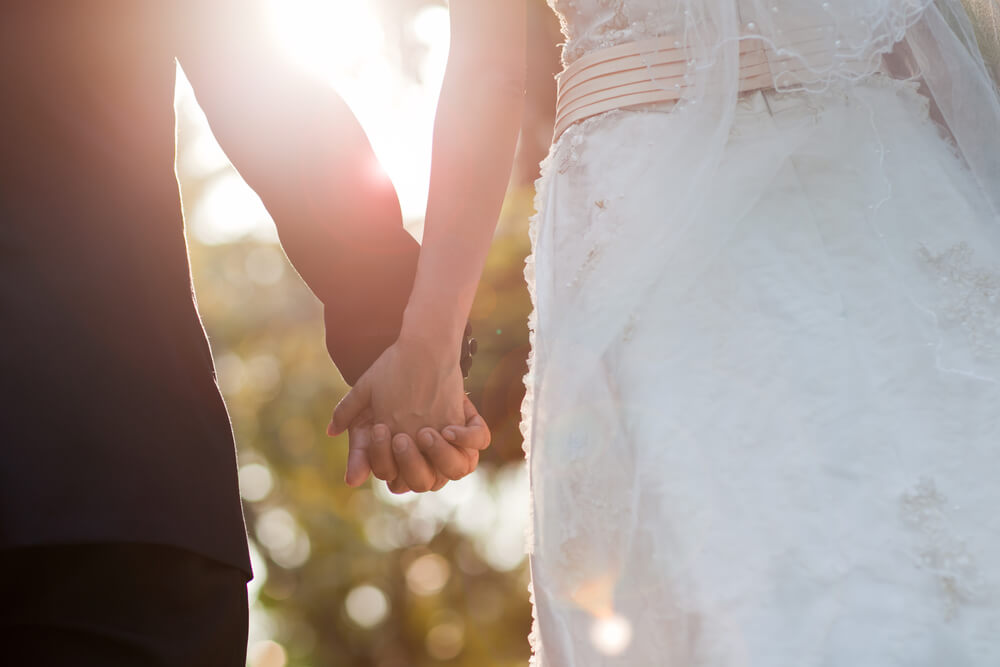 Brandon is 33 years old and his hometown is El Paso, Texas. In Kazakhstan, he works as a writing center instructor. Saule is 30 years old, she was born in the city of Kostanay. Works as a French language instructor.

Brandon arrived in Astana in August 2015 and that same year, on Christmas, he met Saule at a local bar. They met and began to communicate. Saule just returned to her homeland from France, where she studied. In September, she started working at a French school. On that day, at the bar, the girl met with friends. According to her, when she was already leaving, Brandon ran out to get her phone number.

“Saule was the first girl with whom we began to communicate in Astana. And we started dating in May 2016, ”Brandon says.

In 2018, Saule met her American boyfriend's parents and spent the summer with them. According to her, the girl by that time realized that the relationship was already ripe for such a step as meeting her family, and she was glad of that. Brandon, on the other hand, traveled to a village near Kostanay to meet with his beloved family.

“There were a lot of guests and food. Grandma Saule cooked horse meat all the time, despite the fact that I was full. It was an interesting experience, ”he says.

Brandon talked about how he proposed to his beloved.

“I decided I wanted to marry her. I realized that she is the one with whom I want to be. I thought about all this for a month and decided that I would propose in the park next to the embankment. But on this day she had plans - she was having dinner with an old friend. I offered to meet later and take a walk, but the walk dragged on, and Saule came up with a friend. I thought the plans were ruined. But he made up his mind, got down on one knee and made an offer, ”he admits.

“A friend reacted before me: she screamed and started recording on video. I didn't expect that, ”Saule says.

On the subject: Emigrated without English, and now work for the US government: an incredible story of the Kazakh family

The couple had two weddings, not counting the official list in Astana - the couple registered a relationship so that Saule could go with her husband to America. Then, in 2019, the event was celebrated twice: in June in Texas, and in July in Kostanay.

“We didn’t do betashar, we didn’t call show ballet, and we didn’t have the entertainment program that usually happens at weddings. We just shared this moment with our family, ”Saule said.

“But we had some traditional things: beshbarmak, songs and three-hour toasts. It was a fun wedding - we danced and played a lot, ”says her husband.

In Texas, the young couple had an outdoor wedding with a musical group, they danced, ate and socialized a lot, there was a bar and a time for cocktails.

“American weddings are freer. Nobody tells when to dance, eat or play. Then after a while they take out the cake and the newlyweds cut it, ”the couple says.

Brandon and Saule love to travel and have already visited ten countries together. Saule's favorite country is France. The girl lived there for a long time and calls it her second home. Her husband admits that he likes to visit inexpensive countries.

The couple have two cats.

“When we travel, we leave them with friends on campus. We work in the same School of Science, Social Sciences and Humanities, but in different departments, ”says Saule.

The couple love to ride bicycles together. Brandon assembled his bike in Texas and brought it to Kazakhstan. And Saule has his own mountain bike.

Brandon admits that he loves to cook, looking for unusual recipes.

“We don't have a wife who does everything around the house and cooks,” he says. - We do the cleaning together. For example, she likes to keep the floors clean, but I like it better to keep everything organized, all things are in their places.

“When I was with her grandmother, she would not allow me to do anything, it was uncomfortable for me,” he adds.

“Grandma is still shocked that Brandon sometimes cooks, and I sit on the couch,” admits Saule.

On the subject: The first Kazakh in NASA: the diaspora leader in the United States worked for 12 years in the space agency

Brandon has lived in Texas all his life, and this is his first experience of living elsewhere.

“I like where I am now. The city has changed a lot in the five years I've been here. Once the university campus was the end of the city, there was nothing further. There were only stadiums nearby. To shop, one had to call a taxi and drive to Keruen or another shopping center. Now everything has changed, there are many restaurants and cafes nearby, ”he says.

Saule says that at first she didn’t like the place of residence, “everything seemed artificial, there were only buildings and everything.” But, according to her, now more and more people like living in Astana. I like that people are more and more interested in music and art. Various platforms for creativity and many local musicians appear.

Brandon likes the local Botanical Gardens. Cycle paths have appeared there, and the couple often spend time there. And also in the cafe where their first date took place and where Saule's grandmother first met Brandon.

“When I arrived, the first challenge was the language. Then they spoke less English, now the situation is better, ”says the American.

“At first I felt the difference in food. In Texas, where I'm from, mostly all food is Mexican and spicy. When I arrived here, I realized that there is nothing spicy in Kazakh cuisine. And I had to change my eating habits. It's hard to find anything from Mexican food here, ”he adds.

Millions of dollars: the US will provide assistance to countries of the former USSR to combat coronavirus