Home In the U.S. The court banned Biden from overturning Section 42: why it matters to immigrants and what it means in the near future

A federal judge in Louisiana on May 20 prohibited the Biden administration from overturning a Section 42 (Title 42) public health order that immigration officials used to quickly remove migrants at the southwestern border, including asylum seekers, reports The Texas Tribune. 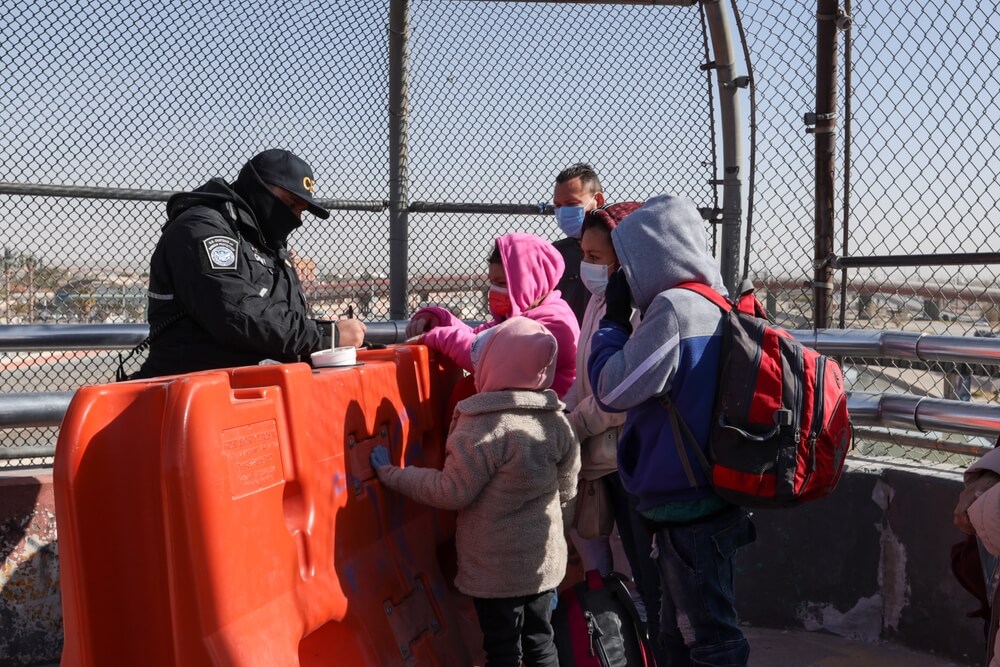 Trump-appointed Lafayette District Judge Robert R. Summerhayes ruled that the Biden administration violated administrative law when it announced in April that it planned to suspend Section 42, a public health order aimed at preventing the spread of infectious diseases in the country.

The Biden administration's plans to repeal Section 42 are causing concern in frontier communities and sparking a fierce debate in Washington, reports CNN. Politicians are debating whether it's time to lift public health restrictions. And the federal judge's decision may have once again disrupted the government's plans.

But what is really happening? How is this different from how things have been in the past? And what could be next?

What is Section 42 and why is it being talked about now?

In the early days of the coronavirus pandemic, on March 20, 2020, the U.S. Centers for Disease Control and Prevention (CDC) issued a public health order that officials say aims to stop the spread of Covid-19. The order allowed authorities to quickly remove migrants at U.S. land borders, and it has been repeatedly extended. This policy is commonly known as Section 42 because of the part of the US code that allowed the director of the CDC to issue it.

On the subject: Fewer Americans are willing to donate money to help immigrants, especially illegal immigrants

On April 1 this year, the CDC announced plans to cancel the order, saying it was no longer necessary given the current state of public health and the increased availability of Covid-19 vaccines and treatments. The order expires May 23rd.

A federal judge in Louisiana on May 20 blocked the repeal of Section 42.

Why is this controversial?

After the Biden administration announced the repeal of the policy, debate flared up about whether the repeal was justified and whether officials were ready to deal with the expected increase in migrants at the border.

Democrats from swing states facing a tough fight for re-election have also criticized the move, arguing that the administration lacks a clear plan.

But the Section 42 controversy did not begin with the Biden administration's recent announcement of plans to repeal the policy.

The border restrictions have been controversial ever since the Trump administration announced them. Immigrant rights advocates have argued that officials used public health as an excuse to keep as many immigrants out of the country as possible. Public health experts have also criticized the policy, saying it is not justified by the circumstances.

Many supporters expected President Biden to rescind the order when he took office, given his campaign promises to build a more humane immigration system. Instead, his administration extended the policy for more than a year after his presidency and defended it in court for months.

What has been going on at the border since this policy began?

Under Section 42, authorities expelled migrants at the US-Mexico border more than 1,8 million times in just two years, according to US Customs and Border Protection (CBP). The US asylum system has effectively come to a halt, and migrants who claim to be fleeing persecution have been prevented from presenting their case, which, under US and international law, they should be able to do.

The policy has received renewed attention in recent months when the authorities first used it to deny Ukrainians at the border, and then basically began making exceptions that allowed thousands of Ukrainian asylum seekers to cross the border.

Supporters have argued that racist double standards are at play, as many Central American and Haitian migrants continue to not return under the policy; officials denied this accusation and stated that each exception is granted on a case-by-case basis.

Migrants encountered under Section 42 are either sent back to their countries or to Mexico, where human rights activists say they have documented many violations. Since Biden took office, Human Rights First says there have been about 10 identified cases of kidnapping, torture, rape, or other violent attacks against people blocked or deported to Mexico under Section 000.

But migrants have not stopped trying to cross the U.S.-Mexican border—a detail pointed out by people on both sides of the debate, with very different arguments about what it reveals.

US Customs and Border Protection reports arrests at the US-Mexico border increased in March, with more than 220 illegal border crossings reported. CBP reports that more than 000 million people have been detained so far this fiscal year, which began on October 1st.

To some extent, migration is seasonal. In the spring, the number of people trying to cross the border increases. Experts also say the pandemic's economic hardships have further exacerbated migration trends.

Section 42 supporters point to border arrests as they argue how important the pandemic policy is to blocking illegal immigration. Those who oppose the policy argue that official statistics on border encounters exaggerate the severity of the situation because the data includes people crossing the border multiple times. They argue that Section 42 actually led to more border crossings.

What would the repeal of Section 42 do?

Officials said they expected the repeal of Section 42 to spark a new influx of migrants at the border. They said they were preparing for various outcomes, including a worst-case scenario where up to 18 migrants a day could try to cross the border.

If this order is lifted, the procedure for processing migrants at the border is likely to return to the way it was before 2020. One thing is clear: the border has once again become the epicenter of a major political debate, with the lives of thousands of people at stake.