A Paris court sentenced two defendants in the 2015 attack on Charlie Hebdo's editorial office to 30 years in prison. The attacks on the editorial office of the magazine and a Jewish kosher store have killed 16 people. Writes about it Air force. 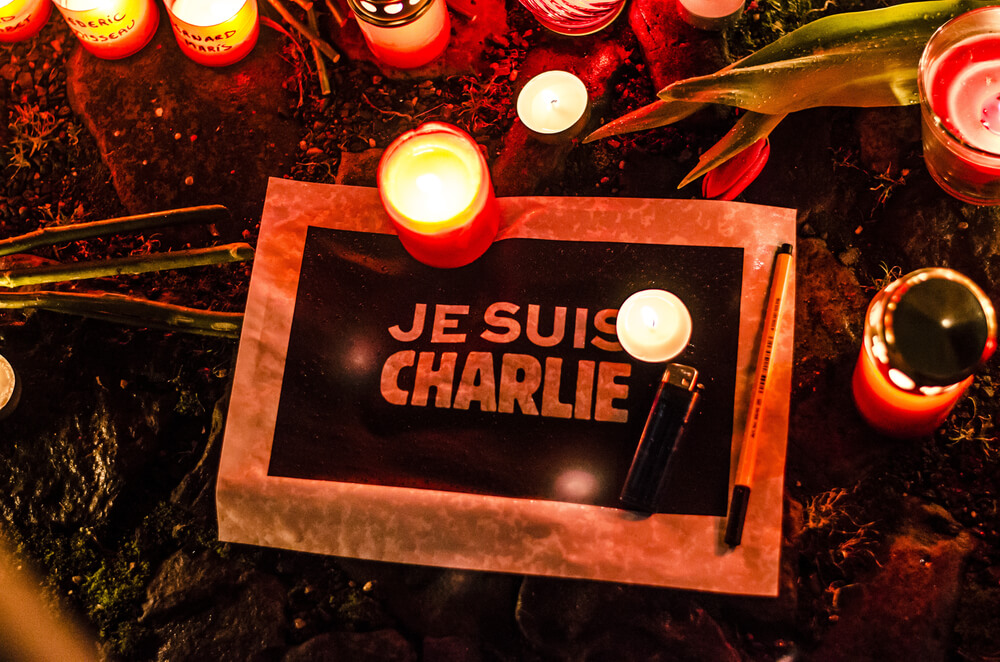 The defendants were charged with various crimes - from terrorist financing to membership in a criminal group.

The attack was motivated by cartoons of the Prophet Muhammad, published in Charlie Hebdo. The three attackers, the brothers Said and Sheriff Kouachi and Amedi Koulibaly, were killed several days later during police special operations.

In September, a trial began against people suspected of providing assistance to terrorists. They do not admit their guilt. During the proceedings, several people became infected with the coronavirus, which forced the hearing to be suspended for some time.

Three people, including Coulibaly's girlfriend Hayat Boumedienne, were charged in absentia. Shortly before the attack, they left for Syria, a territory then controlled by the Islamic State. Their fate is unknown.

Boumedienne, 32, was found guilty of financing terrorism and belonging to a criminal terrorist network. She was sentenced to 30 years in prison.

According to the investigation, one of the suspects, Ali Riza Polda, helped the Islamists acquire weapons and ammunition before the attack on Charlie Hebdo. He was called Kulibaly's right hand. Like Hayat Boumedienne, he was sentenced to 30 years in prison.

Polda has dual citizenship - France and Turkey. He admitted in court that he was involved in some scams, but, according to him, had no idea about the plans of the brothers Kouachi and Coulibaly.

Two more people involved in the case deny their involvement in the preparation of the attacks. They were in the same prison with Kulibali, but, according to them, they were not radicalized by him.

“The fact that the victims were selected for their journalistic profession or work in the security service, as well as for their Jewish faith, indicates that they wanted to sow terror in Western countries,” the presiding judge said during the verdict.

Terrorism charges were dropped from six defendants - they were found guilty of less serious crimes.

On the subject: A real hero: the story of a Ukrainian who died saving lives during the September 11 attacks

These hearings on video frames will go down in the history of France, and the stories of those who managed to survive will forever remain a reminder of those terrible events. But at the same time, the largest terrorism trial in the country's history did not live up to expectations.

It took several weeks to scrutinize the evidence, but too many questions remained unanswered. All of the defendants were allegedly associated with terrorist networks leading to Amedi Koulibali, the supermarket attacker.

How did the brothers Saeed and Sheriff Kouachi, the militants behind the Charlie Hebdo massacre, get their weapons?

What was the role of the far-right militant Claude Ehrman, who was tried separately on non-terrorism charges? Or the three accused who fled to Syria shortly before the attacks?

And who from al-Qaeda and the Islamic State ordered the attacks?

The defendants gave the impression of petty criminals. They either did not know anything, or they portrayed well that they did not understand what was required of them. All stated that they had no idea of ​​Kulibali's jihadist intentions, and it was difficult for the prosecution to prove otherwise.

Perhaps for those who are still burdened by the memories of those events, the court hearings helped to release the accumulated emotions, but the fact remains: we did not learn much about what happened at the trial.

Five years ago, the attack on the magazine and the brutal massacre of its employees rocked an entire French society, where satire on religion has long been considered the norm, and spurred the Je suis Charlie (“I am Charlie”) free speech movement.

Since the beginning of the hearings in September, there have been several attacks related to publications in Charlie Hebdo.

On the eve of the start of the trial, the magazine re-published the cartoon, and shortly thereafter, an attack was carried out outside the old editorial office. An attacker of Pakistani origin injured two passers-by.

In October 2020, a refugee of Chechen origin Abdulakh Anzorov beheaded teacher Samuel Pati after he showed a cartoon of Muhammad in the lesson. Anzorov was shot dead by the police.

At the end of October, a man who had just arrived from Tunisia killed three people in the church of Nice.

What happened five years ago

On January 7, 2015, two brothers, 34-year-old Said and 32-year-old Sheriff Kouachi (who had a conviction for helping insurgents in Iraq and served a year and a half in prison) entered the building where the editorial office of the satirical magazine is located.

They killed the technician Frederic Boissot first. Then, already in the office where the meeting began, the terrorists killed the editorial staff.

Police officer Ahmed Merabe was killed while trying to stop the criminals after their attack, four more people were wounded.

The next day, a friend of the younger Kouashi, the Islamist Amedi Kulibali, killed a police officer.

On January 9, he also seized a Jewish kosher store at the Vincennes Gate in northern Paris and killed an employee of this store, as well as three of its customers.

The Kouachi brothers were shot dead by police in the northwestern district of Paris two days after the attack on the editorial office, Coulibaly was killed by police in another raid.

Synagogue massacre and hostage-taking: terrorists attack the center of Vienna

15 years after the disaster: why hurricane Katrina was the most destructive in US history