On Thursday, June 25, the US Supreme Court upheld the Trump administration’s right to deport asylum seekers without allowing their immigration case to be brought to a federal court, writes AP. 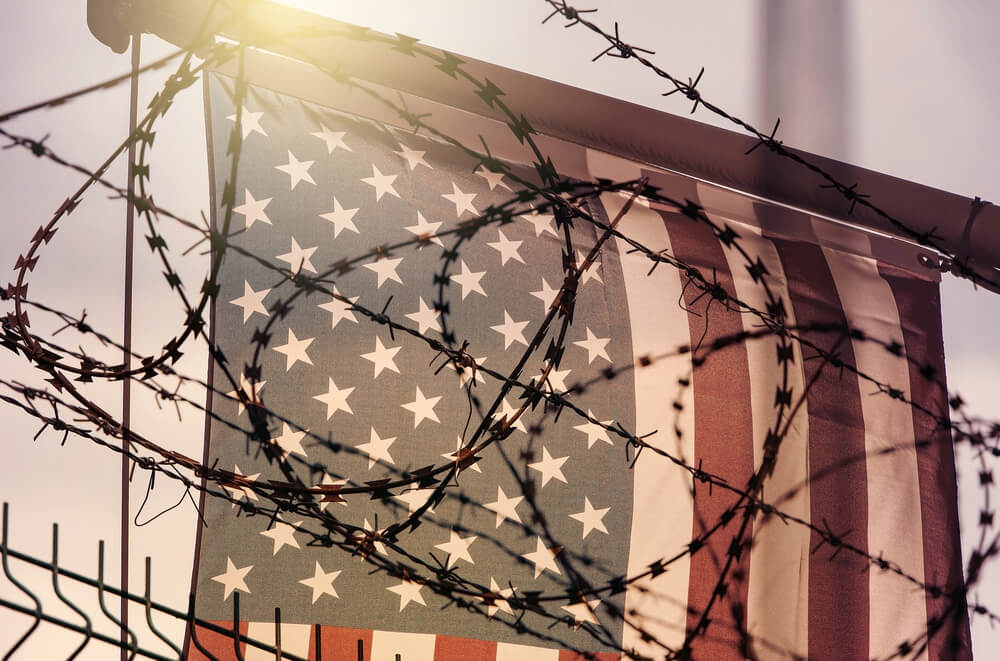 Immigration experts have suggested that the administration will use a broad-based language to support broader efforts to limit US asylum rights.

The ruling of the Supreme Court, supported by 7 judges versus 2, applies to persons who were arrested at or near the border and who did not pass the initial admissibility test, which gives them the right to deport them quickly or expel them quickly.

Judge Samuel Alito issued an opinion overturning the decision of the lower court that asylum seekers should have access to federal courts.

“Congress has acted properly by creating a system to weed out manifestly unfounded applications and promptly remove foreigners filing such applications from the country,” Alito writes.

He noted that more than three-quarters of people who have sought asylum in the past five years have been screened and qualified for a full eligibility test.

On the subject: Tens of thousands of dollars: ICE introduces early release pledge for asylum seekers

Judges Ruth Bader Ginsburg and Stephen Breyer agreed on the outcome of the case, but did not agree with Alito.

In her disagreement, Judge Sonia Sotomayor wrote: “Today’s decision threatens the ability of the judiciary to fulfill its constitutional responsibilities to protect individual freedom.” Judge Elena Kagan joined her opinion.

Lee Gelert, a lawyer with the American Civil Liberties Union, who argued with the Supreme Court on the case, said it would be difficult to question the immigration officials at the US border as a result of such a decision.

"This decision could affect tens of thousands of people at the border who will not be able to apply for a review of their refusals to grant asylum," Gelert argued.

In practice, the scope of the rule may be limited. Even after the decision of the federal court of appeal in San Francisco, issued by judges on June 25, only about 30 asylum seekers, whose claims were quickly rejected, appealed to the courts.

“Judge Alito has used broad language in his majority opinion in support of Congress efforts to restrict due process for incoming immigrants. While not necessary for an accurate examination of the case, the Trump administration is undoubtedly using such language to justify its broader efforts to restrict asylum seekers, ”Yale-Loer said.

The administration has made the dismantling of the asylum system a central part of its immigration program, stating that the system is replete with abuse and is overloaded with unfounded applications. The changes include waiting for Mexico cases to be resolved while cases go through US immigration courts, denial of asylum to anyone on the Mexican border and going through another country without first seeking protection, and redirecting immigrants from Honduras and El Salvador to Guatemala with the opportunity to seek refuge there, not the United States.

On Monday, June 22, the Trump administration published new procedural and substantive rules, which will greatly complicate asylum. Now a 30-day period for public comment is introduced before they take effect.

The United States became the world's top destination for asylum seekers in 2017, according to the UN. Many of them are families from Mexico and Central America fleeing endemic violence.

On the subject: How to find a free U.S. immigration attorney: three proven ways

The judges decided in the case of Vijay Kumar Turaissiam, who stated that he had fled from persecution as a member of the Sri Lankan Tamil minority, but could not convince immigration officials that he would be harmed if he returned to Sri Lanka. The man was arrested shortly after crossing the US border from Mexico.

An accelerated expulsion procedure was applied to him, which prohibits people who have not passed preliminary interviews from applying to federal courts for help.

Since 2004, immigration officials have been aiming at the rapid deportation of unregistered immigrants who are transported within 100 miles (160 km) of the US border within 14 days of entry. The Trump administration is seeking to expand these powers so that people detained somewhere in the United States can be deported within two years of their arrival.

On Tuesday, June 23, a federal appeals court rejected the decision of the trial judge, which blocked these extended powers. The remaining legal issues in the case have yet to be resolved.

Democrats and Republicans agreed: what will be the second round of quarantine aid payments